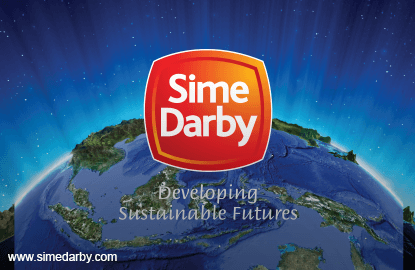 "We do have a number of options (on how to go about with the de-gearing exercise). We could do a rights issue, a share placement or monetise our assets. But ultimately, the decision is in shareholders' hands," he told reporters, after announcing Sime Darby's financial performance for the first financial quarter ended Sept 30, 2015 (1QFY16).

However, Bakke said there are no plans to spin off its units for now. "We are ready to do a listing, but the regional markets — not just Malaysia's — are rather soft. So an IPO (initial public offering) is out for now."

Sime Darby Motors Sdn Bhd, the group's automotive division, was supposed to go for listing this year. The division's sales contributed nearly half to the group's revenue in 1QFY16.

Sime Darby's gearing level historically had been in the region of 0.3 times, but it was elevated recently to finance its purchase of New Britain Palm Oil Ltd (NBPOL). The exercise, completed in March, added over RM5 billion to its borrowings.

Bakke also said the ringgit's depreciation against the US dollar resulted in its debt to increase more than RM1 billion. Sixty percent of its RM13.57 billion long-term borrowings are in US dollars.

"Some analysts are projecting that the ringgit will come down to as much as RM4 (to a dollar) next year. A strengthening ringgit will bring a marked reduction to our debt figure," he commented.

Total borrowings amounted to RM19.73 billion or 0.62 times of Sime Darby's shareholders' funds of RM32.01 billion. But deducting RM4.04 billion of cash in hand, the group's net gearing level worked out to 0.49 times.

As for Sime Darby's 1QFY16 performance, its net profit dropped by 34.4% year-on-year to RM328.4 million, as weak commodity prices brought a severe impact to its bottom line. Revenue however was up 0.5% to RM10.17 billion, indicating depressed profit margins, despite higher sales — especially after getting contribution from NBPOL.

The average crude palm oil price in the quarter was RM2,088 per tonne, down 5% from last year, said Sime Darby.