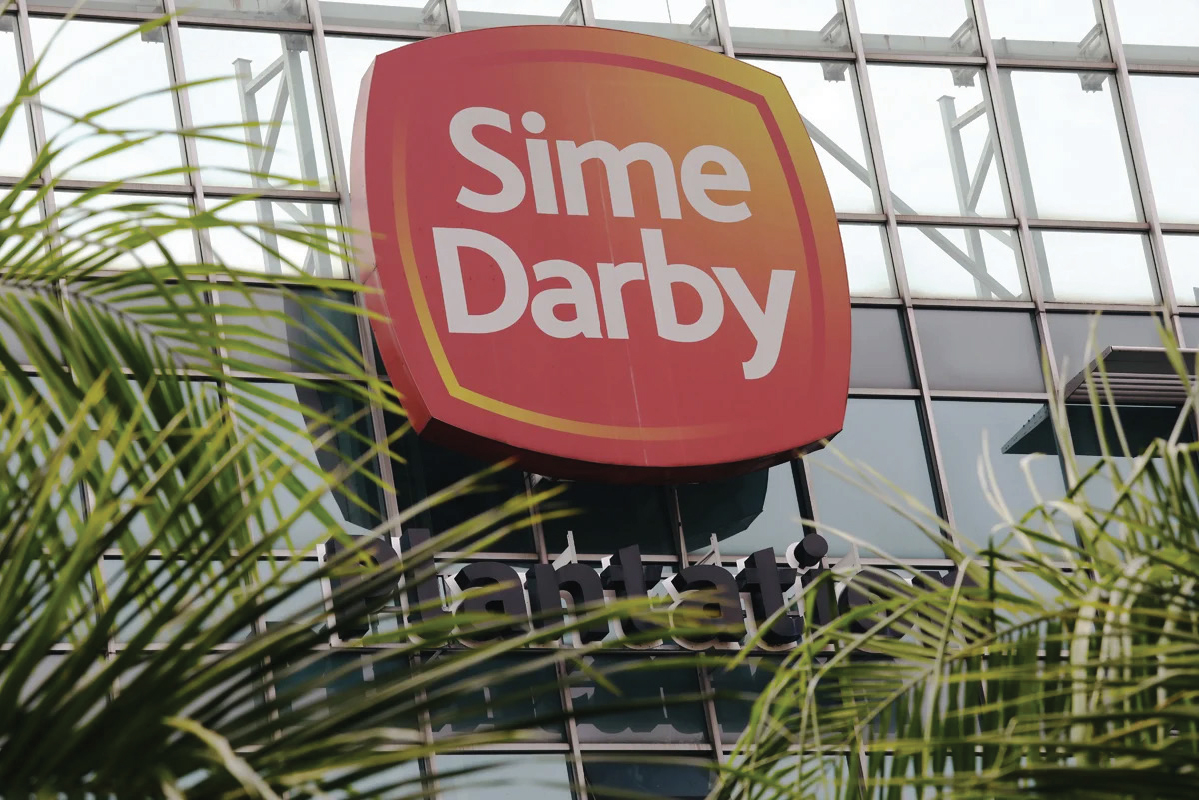 SIME Darby Bhd’s sale of its remaining stake in Eastern & Oriental Bhd did not come as a surprise as it has always been the intention of the group since the 2017 demerger to exit its non-core businesses.

However, what has Sime Darby gained from the investment? Throughout the decade that it invested in E&O, the conglomerate earned about less than 1% cash dividend yield annually, a rate that even local retail investors could top.

Between 2011 and 2020, Sime Darby received total dividends of RM53 million in cash and 8.5 million units of E&O shares. This is from its total investments of RM812 million throughout the years, according to data provided by a Sime Darby spokesperson.

What could be more frustrating to the shareholders of Sime Darby is that the group did not manage to recoup its investments in the Penang-based high-end property developer. Sime Darby had lost RM23.5 million from the investment from 2011 until March 26, 2021.

Nevertheless, given the impairment reversal of RM21.5 million, analysts are expecting dividends from the sales proceeds.

Amazing Parade has also launched a conditional mandatory general offer (MGO) to acquire the rest of the shares it does not own in E&O for 60 sen apiece following the acquisition from Sime Darby, after its stake and those belonging to parties acting in concert increased to 42.7% from 31.8%.

However, Sime Darby had invested a total of RM812 million in E&O between 2011 and 2015, a figure that cannot be said to be small in any way. Nevertheless, the group had received proceeds from divestments since 2014 amounting to RM642 million, according to the spokesperson.

Even with the RM53 million cash dividends that the group had received throughout the years, it is still short of RM23.5 million from its investment value, a back-of-the-envelope calculation shows.

Nevertheless, ever since the demerger and restructuring of the group’s businesses in 2017, holding the E&O stake is not something that Sime Darby would want to do. The stake has been deemed as non-essential to the new Sime Darby, after the property development division was spun off. “Historically, the initial investment in E&O was made in 2011, when Sime Darby had a strong focus in the local property market by virtue of its property division (post pure-play exercise known as Sime Darby Property Bhd).

“The intention to dispose of the E&O shares is very much known to the market and we have been eyeing this disposal for some time. This was a conscious decision made considering investors’ — and analysts’ and fund managers’ — keenness on companies that are focused on their core businesses and not distracted by non-core activities,” says the spokesperson in a statement to The Edge.

The deal was also insignificant in the eyes of analysts covering the stock. According to Alex Chia, head of research at RHB Research Institute, the disposal did not move the needle for the firm’s valuation of Sime Darby.

“The current market value of E&O is not a material component of the sum-of-parts (SOP) valuation for Sime Darby. And it is not part of its core automotive business either,” says Chia when contacted by The Edge.

Prior to the acquisition by Amazing Parade, RHB Research had valued the stake at RM62.3 million, based on its target price of 40 sen per share on E&O. The SOP valuation of Sime Darby then as at Feb 26 was RM19.55 billion.

However, some would argue that with the planned Penang Transport Master Plan (PTMP), the value of E&O could rise as it is the developer of the Seri Tanjung Pinang Phase 2 (STP2), which is valued at around RM845 psf.

E&O is reclaiming 891 acres of underwater land off the coast of Gurney Drive in George Town, Penang. Out of this total, 131 acres will be alienated to the Penang government. This means, 760 acres of STP2 will be left for E&O to develop and sell.

The land alienated to the state government is one of the Penang government’s financial muscle in implementing the PTMP, besides the reclamation of three new islands in the south of Penang Island called the Penang South Reclamation (PSR) project.

On March 25, Gamuda Bhd announced that SRS Consortium Sdn Bhd, the contractor for PSR, will start to undertake the development of the three islands. Gamuda owns 60% of SRS Consortium, with the rest belonging to Zenith Construction Sdn Bhd.

This shows that the PTMP is on track. The 131-acre STP2 land that the Penang government will receive will be leveraged to fund the construction of three major roads and the tunnel linking Penang Island and Seberang Perai.

At RM845 psf, the value of the 760-acre land being reclaimed for STP2 is worth close to RM28 billion. The first phase of the STP2 — Phase 2A, which makes up only 253 acres of the entire development — is projected to have a gross development value (GDV) of RM17 billion, according to E&O.

Assuming a profit margin of 20% for Phase 2A, E&O stands to rake in RM3.4 billion in profits over the 15-year period of the development. It is unclear in which year of development the STP2 Phase 2A is at the moment.

However, the 253-acre land has been fully reclaimed, and E&O initially targeted to launch the first property project under STP2A by the end of last year. It is not clear whether the launch has taken place.

Nevertheless, the disposal is deemed as fair, according to Wan Mustaqim Wan Ab Aziz of Kenanga Research. This is because the disposal is based on a price-to-book value of 0.5 times, which the research house believes is fair, and takes into account the deceleration of E&O’s business activities during the Covid-19 pandemic. “Based on Sime Darby’s recent 6MFY2021 results, E&O contributed share of profit of RM12 million, or 1% of our FY2021E core net profit, which has fairly minimal impact on the group’s earnings and NTA (net tangible assets) position (less than 1.0 sen),” says Wan Mustaqim in a March 29 report.

The conditional mandatory general offer (MGO) of 60 sen per share is deemed fair by many analysts, as it represents a price-to-book value of 0.5 times, which is in line with comparable companies in the property development sector.

However, there might still be investors who would like to hold on to their shares in Eastern & Oriental Bhd, especially because the offeror Amazing Parade Sdn Bhd and its parties acting in concert (PAC) do not intend to take the group private.

The offer price of 60 sen too is considered quite low on a historical basis. Some of the substantial shareholders’ entry prices are quite high, as they bought the stakes years ago when E&O’s share price was much higher than it is now.

Besides Amazing Parade, which is the private investment vehicle of Kerjaya Propek Group Bhd’s founder Datuk Tee Eng Ho, the other major shareholder of E&O is Tan Sri Wan Azmi Wan Hamzah through Sweetwater SPV Sdn Bhd, with a 9.1% stake.

Wan Azmi acquired the stake in March 2019. He is likely to continue to hold the stake in E&O, as he had said, when interviewed by The Edge Financial Daily then, that he was committed to taking a long-term view of a company that one has little to dislike.

Interestingly, when Wan Azmi acquired the stake in 2019, it was the second time he emerged as a substantial shareholder in E&O. The first stint was between 2005 and 2011. He exited when Sweetwater SPV sold 9.1% of its stake in E&O to Sime Darby.

The disposal to Sime Darby became an issue back then, as Sweetwater SPV was alleged to have acted in concert with Datuk Terry Tham and GK Goh Holdings Ltd to sell their shares. The price of RM2.30 per share was a 59% premium to the prevailing market price of the shares at that time.

Tham had disposed of a 12.2% stake, which left him holding 5.15%, whereas GK Goh Holdings sold 9.5%, cutting its stake to 3.5%. The allegation was that the three parties had acted in concert to get Sime Darby to buy their shares.

Securities Commission Malaysia declared, however, that Sime Darby did not have to offer MGO to the rest of the shareholders.

KWAP emerged as a substantial shareholder after subscribing for 63 million E&O shares as part of the group’s private placement back then. The shares were issued at RM1.84 each, raising RM115.92 million.