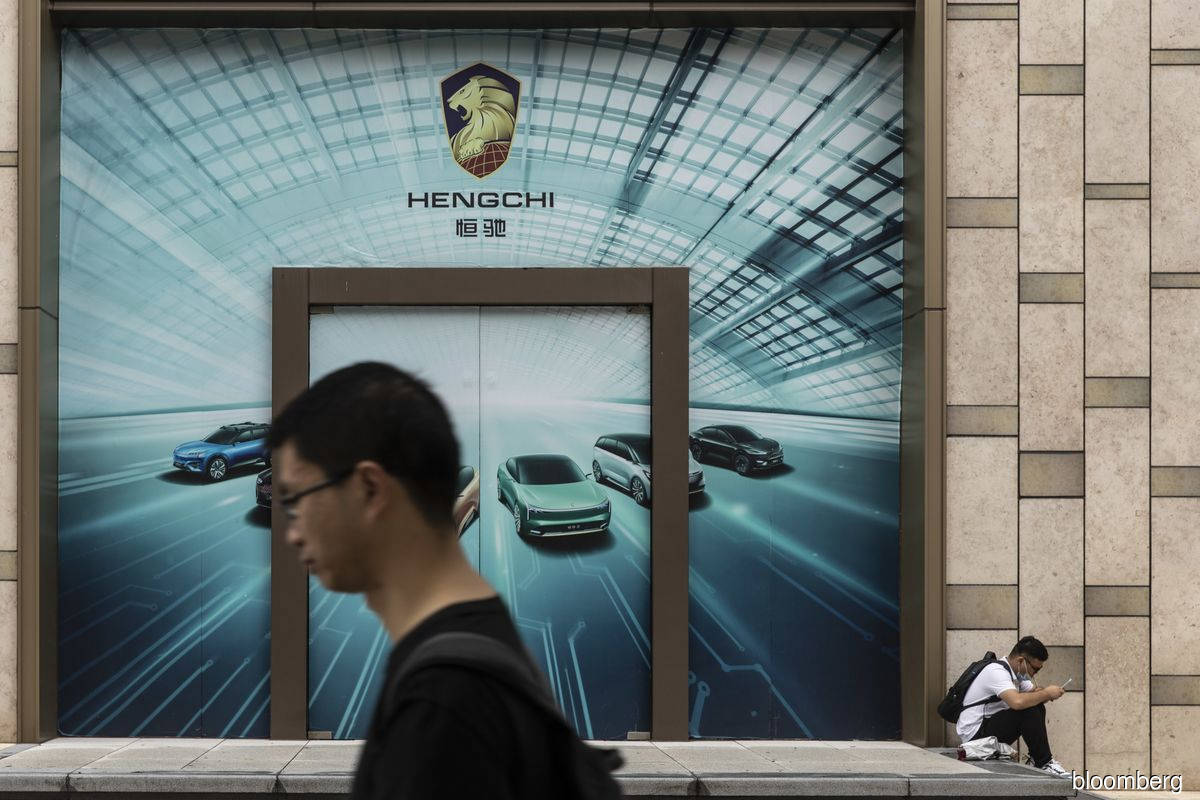 (Sept 24): Holders of China Evergrande Group’s dollar bonds remain on edge after the developer made no announcement on whether it will meet a Thursday deadline for an US$83.5 million coupon payment. European banks are trying to reassure investors that their exposure to the embattled developer is limited, while staff at the firm’s electric vehicle unit haven’t been paid.

Evergrande’s stock and bonds traded lower after the deadline came and went, following a rally Thursday. Shares dropped 3.4% to HK$2.58 in Hong Kong at 10:15 a.m. The electric vehicle unit plunged as much as 23%. Evergrande’s 8.25% dollar bond due 2022 was indicated down 1.7 cents on the dollar at 30.3 cents, according to Bloomberg-compiled prices. It jumped the most in 18 months Thursday.

Here are the latest developments at the Chinese property giant:

Three holders of a China Evergrande dollar bond with a coupon that was due Thursday said they hadn’t received payment as of 8 a.m. Friday Hong Kong time. There was no immediate reply from Evergrande to questions about the interest payment. The holders asked not to be identified because the matter is private:

The lack of any announcement from Evergrande concerning an US$83.5 million interest payment that was due Thursday on a dollar bond adds to the uncertainty surrounding the developer’s struggles.

Asia’s largest issuer of junk-rated dollar bonds has so far made no stock exchange filing or public announcement about the coupon. Evergrande, the world’s most indebted developer, has a 30-day grace period to make the payment before any event of default could be declared. Investors have been pricing in a significant chance of a missed payment or getting a small fraction of face value in any potential restructuring.

Financial regulators in Beijing issued a broad set of instructions to Evergrande, encouraging the embattled developer to take all measures possible to avoid a near-term default on dollar bonds while focusing on completing unfinished properties and repaying individual investors.

In a recent meeting with Evergrande representatives, regulators said the company should communicate proactively with bondholders to avoid a default, but didn’t give more specific guidance, a person familiar with the matter said.

There’s no indication that regulators offered financial support to Evergrande for the bond payment, and it’s unclear whether officials believe the company should eventually impose losses on offshore creditors. Policy makers are trying to learn more about who holds Evergrande’s bonds, the person said, asking not to be identified discussing sensitive information.

European bankers have spent the past few days reassuring investors, clients and regulators about any fallout from Evergrande as questions swirl about the world’s most-indebted property developer.

Credit Suisse Group AG, which underwrote the most Evergrande bonds among international banks in the last 10 years, issued statements showing its asset management unit’s funds didn’t hold much of the developer’s debt. It also reached out to shareholders about the bank’s own minimal level of exposure, according to a person briefed on the discussions.

China Evergrande’s electric-car unit missed salary payments to some of its employees and has fallen behind on paying a number of suppliers for factory equipment, according to people familiar with the matter, evidence the stricken property developer’s debt woes are having an impact beyond its core business.

The cash flow difficulties mean China Evergrande New Energy Vehicle Group Ltd. will likely miss its target to start mass deliveries next year considering trial production of electric vehicles at its factories in Shanghai and Guangzhou has been dialed back, the people said, asking not to be identified as they’re not authorized to speak publicly.

Most employees at Evergrande NEV are paid at the start of every month and again on the 20th, however for some mid-level managers, the second installment for September hasn’t arrived, the people said. Several equipment suppliers, meanwhile, began withdrawing their on-site personnel from the Shanghai and Guangzhou sites as early as July after payments for machinery in Evergrande NEV’s factories weren’t made.