This is significantly better than what Goldman offered previously, says Zafrul 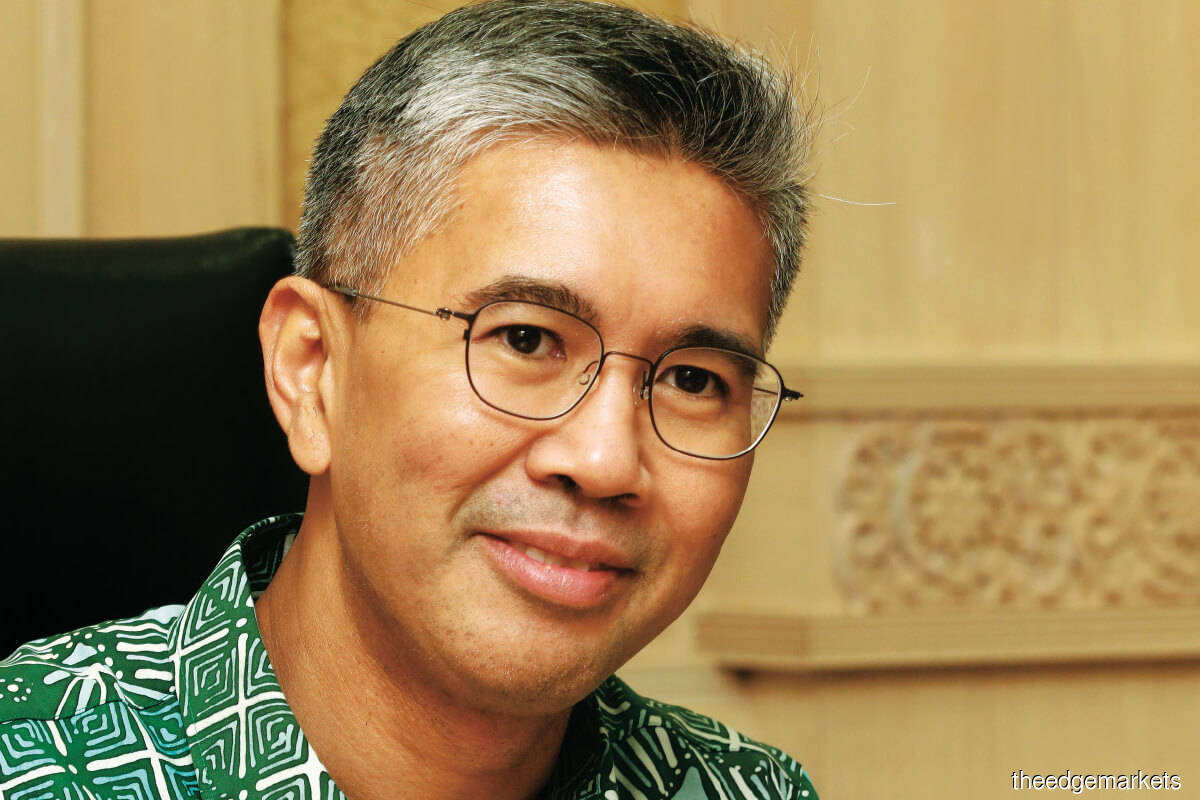 MALAYSIA recently struck a US$3.9 billion settlement with Goldman Sachs over its mishandling of three bonds totalling US$6.5 billion that were issued by 1Malaysia Development Bhd (1MDB) in 2012 and 2013. The settlement includes an immediate cash payment of US$2.5 billion and a US$1.4 billion guarantee on assets that are yet to be recovered. While most people have welcomed the settlement, some, including former prime minister Tun Dr Mahathir Mohamad and former finance minister Lim Guan Eng, have criticised the sum of money as falling short of what they had demanded from the US investment bank.

Questions were posed to current Finance Minister Tengku Datuk Seri Zafrul Aziz to respond to the criticisms and to shed more light on the settlement. The following are excerpts of his reply:

The Edge: Is this really a good deal for Malaysia?

Tengku Zafrul: This government secured a significantly better deal than what Goldman Sachs had offered previously, which was US$1.75 billion less US$164 million in taxes (meaning the net amount offered by Goldman Sachs previously was only US$1.586 billion). Malaysia will now receive more cash and a higher asset guarantee. With this settlement, the people of Malaysia are getting back substantially more than what was offered before.

Critics say Malaysia is not likely to get any money from this US$1.4 billion asset guarantee or that the money was coming back to Malaysia in any event. So, isn’t this an illusory guarantee?

This is not an illusory guarantee. We have already seen that various assets that were seized had been sold well below their original purchase price. For example, the Bombardier jet had a value of US$35.37 million. It was forfeited and sold for US$137,615, of which Malaysia received only US$136,505.

It is clear that despite the recovery efforts, Malaysia is exposed to a significant amount of valuation risk. This is particularly true for the seizure and sale of real estate as the market could shift quite dramatically. This guarantee transfers that risk to Goldman Sachs and ensures that any loss suffered by Malaysia will be reduced.

We do not understand the guarantee of US$1.4 billion. Please explain how it works.

So where do we stand currently on recoveries?

To date, Malaysia has received about US$621 million from the US DOJ (Department of Justice). Of this, US$255 million plus an additional US$53 million were traceable to the 1MDB bonds. This guarantee of US$1.4 billion brings the amount to over US$1.7 billion. We will now also receive US$2.5 billion cash from Goldman Sachs, making up a total recovery value of over US$4.5 billion.

Remember, other recovery efforts are still being pursued. We are working hard on recovering additional monies from other jurisdictions and organisations. We are confident that these pragmatic efforts will ensure Malaysia is able to recover a substantial amount of the stolen monies to mitigate the losses arising from the three bond transactions.

Couldn’t the government have won criminal and civil damages from Goldman Sachs beyond what we are getting from this settlement?

While we do have a strong case, let us be clear about one fact: The legal process would have been a complex and drawn-out process. Malaysia would not receive any money from Goldman Sachs for potentially many years. With the settlement, we will now receive a cash payment of US$2.5 billion, which is US$750 million more than the US$1.75 billion offered to the previous government, and the guarantee of US$1.4 billion. What is achieved today is better than tomorrow’s mere promise.

This settlement represents a significant moral victory for the Malaysian people in the form of monies and assets wrongfully taken from them and this country. In addition, it provides funds for the repayment of 1MDB-related liabilities and obligations which have potential risk elements to Malaysia.

It must be clearly stated that the pursuit of justice will not end with this settlement. We are still pursuing other asset recovery efforts. At the same time, of the wrongdoers from Goldman Sachs, Tim Leissner has already been convicted while Roger Ng Chong Hwa is currently undergoing trial. There remain various criminal proceedings against a host of other individuals related to the 1MDB scandal.

But if it means maybe we can get billions of ringgit more, wouldn’t it have been better to fight? Why settle on a sum of US$2.5 billion? Why not more?

The illusion of fighting for billions, indeed, seems more attractive. But there is a big difference between what a claiming party demands and what he will eventually receive. Ultimately, it depends on the courts, assessment of quantum, legal costs and a host of other factors. For these reasons, we have chosen to go with the settlement. Criticisms from certain individuals were very much expected, and there will always be detractors who will undermine whatever success we achieve.

Instead of aiming to be popular, we choose to take a responsible and pragmatic approach for the good of the people of Malaysia. Compared to what was offered previously, it was a good deal, and more. It was an advantageous deal. The negotiating team carefully considered the following factors:

We do cooperate with the US DOJ but there is no global settlement in the manner that you referred to. We are pursuing this as our own settlement and we have been successful. Malaysia’s claims against others, including Jho Low, are not affected by this settlement. Other recovery efforts are also still being pursued.

The former finance minister has said that PH had ‘demanded a sum of US$7.5 billion’ from Goldman Sachs but the Malaysian government only accepted US$2.5 billion. Why is there such a big difference?

The earlier demanded sum of US$7.5 billion [was] made up of the full-face value of the bonds amounting to US$6.5 billion and interest in the sum of US$1.0 billion. The method of computation and amount was contested by Goldman Sachs. We can see from the previous lower offers that the quantum was far from being agreed upon.

Why didn’t you just make the same demand as the PH government by proceeding with the charges and force them to pay?

Did the previous demands result in a concluded settlement? The criminal charges initiated by the former Attorney-General against Goldman Sachs are for making untrue statements under Section 179 (c) of the Capital Markets and Services Act, 2007 (“CMSA”). There is no imprisonment provision against a corporation. The penalty would have been only a fine. The fine would not have been sufficient to cover the 1MDB losses suffered.

On the other hand, the current Attorney-General Tan Sri Idrus Harun secured a settlement after intimating to Goldman Sachs of amended and new charges for fraud under Section 179 (a) and civil disgorgement claims under Section 199 CMSA. These entitled Malaysia to disgorge three times the fees (US$606 million x 3 = US$1.818 billion) earned by Goldman Sachs. These statutory claims are more robust and irrebuttable and resulted in the settlement. The US$2.5 billion cash payment is 42% more than the offer received before.

Since the assets are frozen, why can’t we recover the full value?

Just because assets are frozen, it does not mean that we will be able to recover the full sum of their value. The assets need to be valued and sold and the costs of recovery need to be deducted. These assets were acquired with the stolen funds from 1MDB at grossly inflated prices and, in some instances, were bought and sold between the perpetrators to artificially inflate the asset value and mask the source of funds.

While foreign governments may seize assets purchased with stolen funds and freeze bank accounts, there remains the difficult work of determining whether the assets and funds are fully or partially traceable to the bond proceeds, the realisable value of those assets, resisting any potential third-party claims and dealing with the costs of recovery.

Again, I want to cite the example of the US$35.37 million Bombardier jet seized in Singapore. It was sold by the Singapore authorities for US$137,615, of which Malaysia received only US$136,505.

Another example is the Equanimity yacht, which had a price tag of US$250 million but was only sold for US$126 million, excluding the costs associated with the recovery.

In short, the present-day realisable and recoverable value of all the assets that have been frozen and seized globally is uncertain. In this settlement, we deal with the amount actually received by Malaysia, not just the declared value of the assets seized.

What were the efforts made by the government to secure this deal?

This settlement was negotiated with and resolved through a multi-agency effort involving various government enforcement agencies working extensively over an intense five-day period which culminated in a settlement that works in our favour. This success is attributed to the joint effort of, among others, the Attorney-General, the Solicitor-General II, the chairman of the Securities Commission (SC) and the head of the National Anti-Financial Crime Centre and independent solicitors for both 1MDB and the SC. This is a significant battle won for the rakyat but we will not stop here. We will continue to fight for what rightly belongs to our nation.

Read also:
We were confident of getting a conviction against Goldman Sachs, says former AG Tommy Thomas