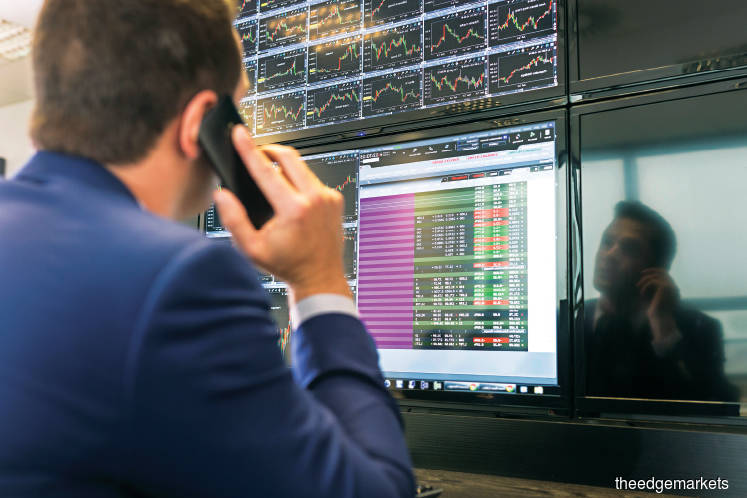 THREE months after the suspension of short selling of equities, confidence has returned to Bursa Malaysia. With the robust trading volume and stocks rallying, should the regulators prolong the suspension?

Recall that the Securities Commission Malaysia and Bursa had temporarily suspended the short selling of equities effective March 24, in a move to mitigate “potential risks arising from heightened volatility and global uncertainties”. The suspension was initially targeted to end on April 30 but it was extended to June 30.

However, it does not apply to permitted short selling (PSS), which is related to the short selling of underlying constituent securities of exchange-traded funds (ETFs). Now, opinions are divided on whether the regulators should extend or uplift the suspension of short-selling activities.

Certain quarters believe that with the recent rebound in the stock market, the suspension should be uplifted, but some in the investing fraternity warn that bringing back short-selling activities too soon could kill the rally.

Not the right time?

Regional private equity investor and former investment banker Ian Yoong opines that the suspension should be extended by at least six months, if not longer. “Uplifting the suspension will undoubtedly adversely impact investor confidence. We are in a rally led by retail players and supported by high-frequency traders and proprietary traders.”

Yoong tells The Edge that the collapse in equity prices in mid-March was mainly due to institutional selling, which was in line with the crash in global financial markets. Other major factors that led to the collapse were the forced selling of shares in margin accounts and short selling by high-net-worth individuals.

“Both these factors were complicit in the collapse of share prices of small and mid-cap stocks on Bursa. Sentiment then was extremely fragile and negative, while short selling compounded the self-feeding downward spiral,” he explains, adding that many regional markets had also suspended short-selling activities. Yoong acknowledges that under normal circumstances, short selling should still be permitted as it could increase market velocity and trading activities in the options and futures markets. But considering that these are unusual times and that Malaysia is a less mature financial market, uplifting the suspension of short selling at this juncture is risky.

“Many retail stocks on Bursa are susceptible to wide swings in price and short selling could lead to sharp declines in share prices. Short sellers could be tempted to come back in droves as they did earlier this year,” he adds.

Rakuten Trade Sdn Bhd vice-president of research Vincent Lau concurs. “As we can see from the trading volume, the local market has done pretty well without short selling. It is quite vibrant as retail investors feel more confident and secure. People are coming back to the market strongly. I think the suspension should be extended until further notice. Perhaps the regulators should review it every quarter,” he suggests.

Lau adds that the regulators should only bring back short selling when the market and economy are more stable. “At the moment, we are still very much in the recovery mode. If we bring it back too soon, it will certainly dampen sentiments. I don’t think now is the right time.”

Nevertheless, Lau concedes that whether or not the rally will be killed depends on macro factors such as whether there will be a V-shaped recovery or otherwise, as well as the lingering fear of a second wave of Covid-19.

“In normal times, we should let the free market run. But bear in mind that we are now in an unprecedented fragile time. Thus, it’s good to have a temporary suspension of short selling in place, so that we can have the market vibrancy back,” he says.

Phillip Capital Management Sdn Bhd chief investment officer Ang Kok Heng begs to differ. Given that market sentiment has turned positive now, he is of the view that there is no longer a need for the suspension.

“As the market is now orderly, there should be no issue with uplifting the suspension,” says Ang, noting that when the market is collapsing, it is not an orderly market. He adds that short selling is not only very damaging but also does not add value and heightens the panic in an already bad market.

Ang maintains his view that the market will not be under pressure once the suspension on short selling is uplifted, and there should not be any disruption in the market.

With the high volume in the market, it makes the market more efficient and orderly, he says. More importantly, as there are many participants in the market, short sellers cannot dominate the market anymore and “might find it more difficult to control the market … as the market sentiment is so strong”, says Ang.

A fund manager, who declines to be named, says there is a gradual return to normalcy for most businesses and sectors. Thus, investors should let fundamentals dictate the stock market going forward.

“Clearly, the suspension was warranted in March and still valid in April, but come July, there should be normal market operations,” says the fund manager, adding that short selling could help keep the recent liquidity surge in check.

Besides, the market will also reflect fundamentals and price in forward expectations, including the risk if there is a second wave of Covid-19 later this year. Investment columnist and value investor Tan Kim Khuat thinks otherwise. He says the temporary suspension of short selling has been positive for retail investors over the past few months, as they did not have to worry about being “bullied” by the big boys.

“Like it or not, a normal investor wouldn’t have the capability to short a stock. Short selling is more of a game for sophisticated investors and hedge funds. It is essentially market players without shares ‘bullying’ investors with shares,” Tan tells The Edge.

He admits that, generally, retail investors are not in favour of short-selling activities, which are highly speculative in nature.

“Our market is still rather fragile at the moment. If the suspension is uplifted too soon, many people will get hurt, more so if you are buying stocks with a margin account,” Tan warns, and highlights that when a stock is shorted, its share price movement is beyond control — unless the major shareholders take action to stabilise the prices.

Tan urges the regulators to only bring back short selling when the country’s economy registers growth and the local stock market has fully recovered.

“In a normal healthy stock market, it is good to have short-selling activities, so that the stocks are not overheated. But today, even without short sellers, the foreign funds are already selling because the outlook is bad. If we allow short sellers to come back now, I don’t think the retail investors could absorb such selling pressure,” he says.

Meanwhile, a stockbroker from a non-bank backed securities firm expects the suspension on short selling to be extended. “I think the regulators will continue to extend the suspension because the market is so robust now. So, why would they want to change that? Why should they uplift it when the retail participation is high?” she asks.

“Some may say they should uplift the suspension on short selling as the market for retail participation has gone crazy, but I disagree,” the broker adds.