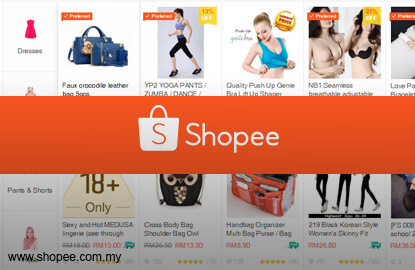 KUALA LUMPUR (Feb 17): Mobile-first marketplace Shopee, which has 25 million installs across Southeast Asia and Taiwan would be launching its Mobile Madness Campaign in Malaysia throughout February, offering the best mobile phone deals that will drive tech lovers into a shopping frenzy.

In a statement last week, Shopee Malaysia said that as of February this year, it had has recorded more than two million installs while being recognised as the only platform that provides both free shipping and zero commissions for both consumers and merchants.

By doing so, Shopee said it was able to pass on all cost savings from merchants directly to the end consumers, ensuring that it maintains the lowest prices nationwide for all its mobile phone deals.

"Moving forward, we want to put Shopee as the go-to platform in Malaysian minds when it comes to purchasing their next mobile phones.

"Throughout the campaign, Shopee will be working with established brands such as Samsung, OPPO, Xiaomi, Huawei, ASUS, Honor and Lenovo to offer the best deals for our users. With Shopee, users can be ensured that they are getting their phones for the lowest price nationwide," said Ho.

Ho said the Mobile Madness campaign highlight '8 Days of Mobile Madness' will take place from Feb 21 to Feb 28, featuring popular mobile phone brands that consumers can purchase from as low as RM150.

He said that each day, Shopee is running a different promotion to bring out the best of mobile phone deals at the best bargains.

Ho said users could join the 'Show Your Crack' contest from Feb 9 to Feb 24.

"Hardcore mobile users can snap a photo of their cracked phone screens and upload it on Facebook and Instagram to win a brand new Huawei P9 phone.

"Every entry will be rewarded with a RM50 voucher valid to use for their next mobile phone purchase," he said.