For Shopee, being ‘late’ to the e-commerce game has helped its rise in Southeast Asia 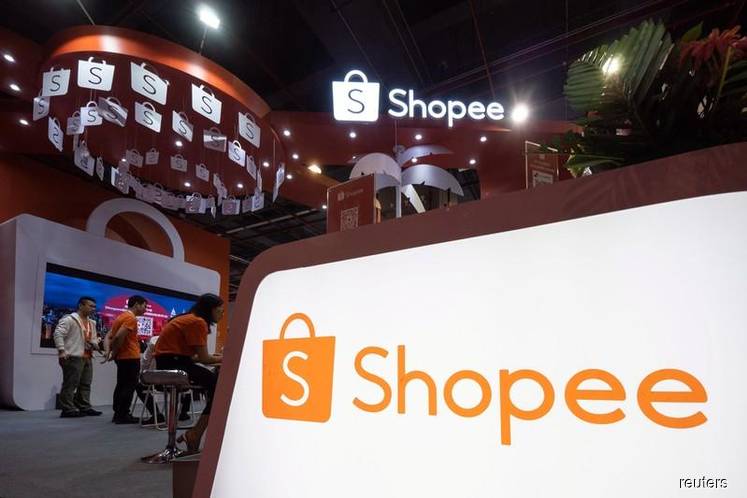 (Dec 27): For an e-commerce platform under four years old, Shopee has done pretty well for itself.

Since it was established in 2015, the Singaporean e-commerce site has become the most visited across Southeast Asia, according to a recent iPrice report which also found that Shopee’s mobile app ranked at the top of its category in terms of downloads and average monthly active users in the region.

One of the secrets to its success? Being “late” to the industry, according to chief commercial officer Zhou Junjie.

“Back in early 2015, we were looking at e-commerce as an industry and while there were players who had been there, we saw that there was a lot of [potential] growth and many areas that weren’t being addressed well by existing players,” he said in an interview with the Post.

At the time, most existing e-commerce players were focused on websites as their main platform. Shopee took a different strategy early on by launching as an app first to tap Southeast Asia’s high mobile penetration rate.

“That’s one of the advantages of being late [to the industry], because you can see what’s out there, what the trends are and see what you can do differently or better,” said Zhou.

The Singaporean e-commerce platform is one of several in the region – including Alibaba’s Lazada as well as Indonesia’s Tokopedia – that are eyeing the fast-growing, billion-dollar e-commerce market in Southeast Asia boosted by increasing adoption of digital payments among the 100 million internet users in the region. (Alibaba is the parent company of the South China Morning Post.)

Shopee is operated by Singapore-based technology firm SEA, a company that first came to prominence in the Southeast Asian technology landscape by publishing, operating and creating PC and mobile games under the Garena brand before branching out into e-commerce.

The platform’s bet on a mobile-first approach has paid off: more than 90% of its transactions are on the app, according to Zhou.

Another key strategy Shopee has used to conquer local markets, Zhou said, is localising and customising the app to each specific market.

Instead of having one common app for all users, Shopee has a stand-alone e-commerce app for each market. According to Zhou, this allows the company to introduce market-specific features that appeal to users in each of its seven markets – Singapore, Indonesia, Malaysia, Thailand, Taiwan, Vietnam and the Philippines.

In Indonesia, for example, Shopee launched a dedicated section of Islamic products and services to cater to the majority Muslim market. In countries like Thailand and Vietnam, where celebrity endorsements hold sway over consumers’ buying habits, Shopee features online stores that sell items curated by top celebrities.

“We talk about Southeast Asia as a region, but every country is very different – from the language they speak and the currencies they use, and even in terms of purchasing power,” said Zhou, who acknowledged that country-specific customisation requires “a lot more work” since Shopee has to have local teams in each country.

Like its rivals, Shopee has also paid close attention to the growing “shoppertainment” trend that originated in China. Drawing on SEA and Garena’s expertise in gaming, it has introduced mobile games, live-streaming, and chat functions in its app to better engage with buyers and encourage them to shop within the platform.

Shopee operates a customer-to-customer (C2C) marketplace, as well as a marketplace for brands to sell directly to consumers called Shopee Mall. The former is particularly popular among small sellers across the region who previously hawked their wares via platforms like Facebook and Instagram, Zhou said.

By joining platforms like Shopee or Lazada, these sellers typically receive better support for their online businesses, especially in areas like payments and logistics, and enjoy a built-in user base. Shopee in turn makes money by running advertisements, as well as charging for services provided to merchants and taking a cut of transaction fees in certain markets.

Despite promising results in the e-commerce industry, Shopee remains in fierce competition with rivals like Lazada, which received a total of US$4 billion in investment from Alibaba as of last year. And while the Singaporean platform may lead in terms of visits and downloads across Southeast Asia, Lazada continues to have the most number of monthly active users in the markets of Malaysia, Singapore, Thailand and the Philippines.

But Zhou appears unfazed by the competition: “Competition is not a bad thing, it shows that there is a lot interest in the market and growth potential,” he said, adding that more industry players could help bring buyers and sellers into e-commerce and grow the overall industry.

The chief commercial officer said that the brand’s efficiency in scaling its business will help it stand out going forward. “As the market grows, we should be in a much stronger position to capture a large proportion of the growth.”