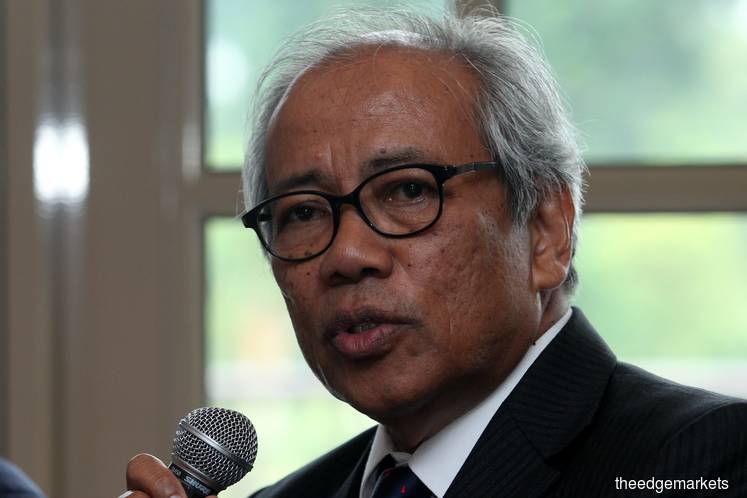 KUALA LUMPUR (July 1): Datuk Capt. Ahmad Sufian @ Qurnain Abdul Rashid is stepping down today as the chairman of Malaysian Bulk Carriers Bhd (Maybulk) after seven years at the helm of the company.

Having been on the shipping company’s board since 1996, he is retiring after turning 71 recently. Maybulk made the announcement on June 25.

A seafarer with over 45 years of experience in the international maritime industry, Ahmad Sufian qualified as a master mariner with a Master Foreign-Going Certificate of Competency from United Kingdom in 1974, and a Diploma in Applied International Management from the Swedish Institute of Management in 1984.

He attended the Advanced Management Programme at Harvard University in Massachusetts, US in 1993 and is a fellow of the Chartered Institute of Logistics and Transport, as well as Institute Kelautan Malaysia.

Ahmad Sufian left his hometown, Kuantan, Pahang for Anglesey, North Wales to study at HMS Conway, Merchant Navy Cadet School in May 1964, and started his career as a seaman with Blue Funnel Line of Liverpool, where he qualified as a navigating officer (second mate).

His stint at Blue Funnel Line was cut short as the Malaysian government sought his services to come back and serve national carrier MISC Bhd as the first Malaysian officer on board its first vessel MV Bunga Raya. Ahmad Sufian was among those that took delivery of the vessel from the Shimonoseki shipyard in Yokosuka in Yokohama, Japan in November 1970.

In 1974, at the age of 25, Ahmad Sufian qualified as a master mariner and was offered a shore appointment as cargo superintendent. However, he decided to return to life at sea a year later by taking command of MV Bunga Kesumba, as the youngest seagoing captain at the age of 26. He sailed the vessel to Europe up to Rafnes in Norway, and subsequently brought it back to Far East to discharge alumina at the Kwinana port in Fremantle, Australia.

Ahmad Sufian was also responsible for the setting up of the tanker department and later, the liquefied natural gas (LNG) business in MISC, and successfully negotiated the shipping company’s 20 years LNG charter to Petronas.

In 1982, Ahmad Sufian left MISC, as he was singled out to set up the second national shipping line under Perbadanan Nasional Bhd or Pernas, and set up PNSL Bhd.

After a seven-year term at PNSL, Ahmad Sufian left to start his own business in 1989 and teamed up with American President Lines (APL) to form APL Malaysia.

In 1996, he was once again sought by the government for national service, which saw him take over as chairman of Global Maritime Ventures from the late Tan Sri GK Rama Iyer, which started him in his corporate career.

Other than being the chairman of Maybulk, Ahmad Sufian was also chairman of construction company WCT Holdings Bhd, chairman of GD Express Carrier Bhd and Alam Maritim Resources Bhd; he is also an independent director of plantation outfit PPB Group, among others. Both PPB Group and Maybulk are linked to billionaire businessman Robert Kuok Hock Nien, Malaysia’s wealthiest man.

In the span of 50 years, Ahmad Sufian has successfully transformed himself from a mariner to a chairman and director of as many as four public-listed companies in Malaysia, one in Singapore, and a marine insurance company in Luxembourg, Europe.