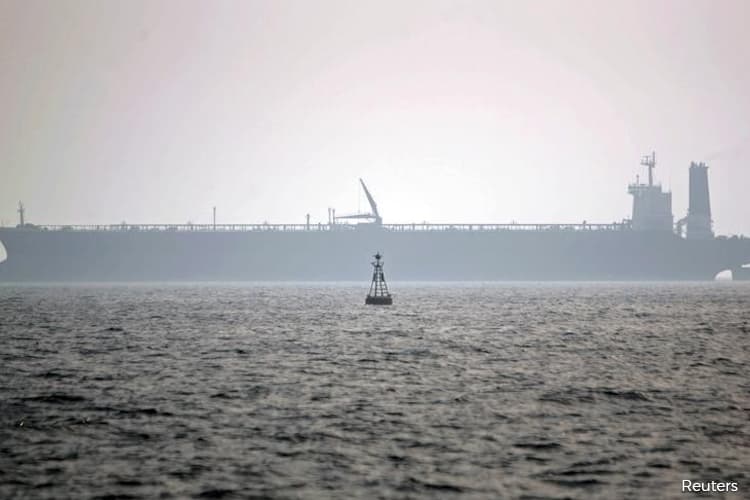 KUALA LUMPUR/SINGAPORE (Dec 11): An oil tanker, which shipping data showed was managed by a Chinese company under U.S. sanctions, refused to allow an inspection by maritime authorities while anchored in Malaysian waters, Malaysia's maritime agency said.

Kunlun is one of several firms placed under U.S. sanctions this year for alleged involvement in transporting oil from Iran.

The Malaysian Maritime Enforcement Agency (MMEA) said the Silvana III, which anchored off Kuala Kurau on Malaysia's west coast on Dec 5, did not follow instructions to drop its ladder to allow officers to conduct checks.

"After several attempts to instruct the ship to drop ladder were not heeded, the ship lifted anchor and left the location," MMEA said in a statement posted on its Facebook page on Monday.

A police report has been filed against the vessel for dropping anchor without approval and the tanker would be detained if found, MMEA said.

The Facebook post by MMEA did not refer to the vessel's ownership or management and made no mention of U.S. sanctions.

After Reuters requested details on Wednesday, the post on MMEA's Facebook page was taken down. An MMEA spokeswoman said the post was removed as the incident was under investigation and said that no further details would be disclosed at this point.

The Silvana III transponder was back up on Wednesday, showing the ship turning towards Malaysia's northwestern coast and sailing in the direction of the resort island of Langkawi, according to the tracking data.

Equasis.org, a shipping transparency website set up by the European Commission and the French Maritime Administration, showed the tanker was owned by a company identified as Silvana Ltd and was under the care of Kunlun Shipping Co Ltd.

The website said the ship manager and commercial manager was Kunlun and it listed COSCO Shipping Seaman Ship Management as ISM manager, a role that involves ensuring the safe management and operation of a vessel at sea.

The tanker, which changed its name to Silvana III from Tian Ma Zuo on Nov 1, was owned by Pegasus 88 Ltd between January and November, the Equasis data showed.

Kunlun could not be reached for comment, as their registered number was disconnected. Calls to COSCO went unanswered. Reuters could not find contact details for Pegasus 88 and Silvana Ltd.

The United States reimposed sanctions on Iran last year, saying it wanted to drive down Iranian oil exports to zero.

Washington took the step after pulling out of a 2015 accord between Tehran and six world powers that had aimed to impose limits on Iran's nuclear programme.