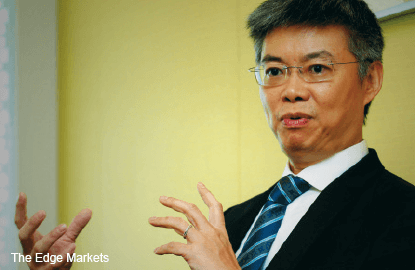 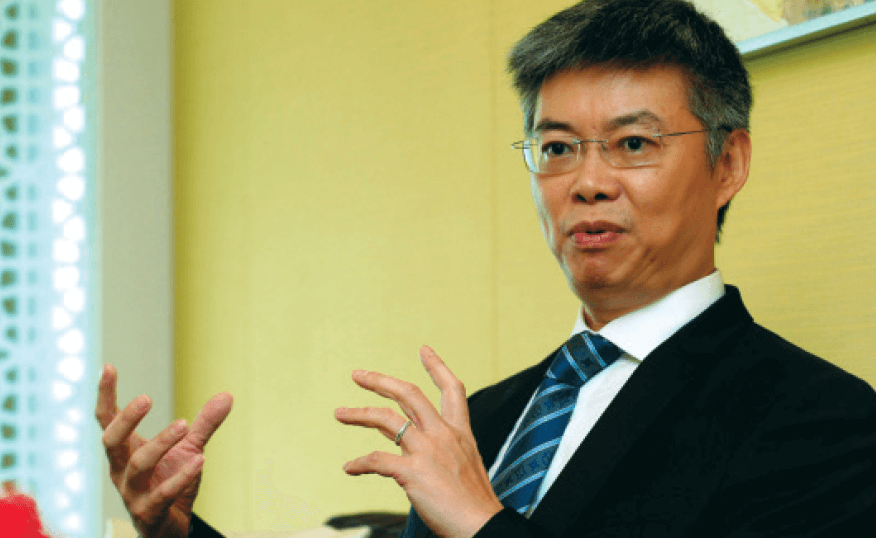 The global oil and gas industry, which enjoyed fat profits during the oil boom, has hit a rough patch with the current low crude oil prices.

Already, oil majors believe the soft crude prices are here to stay because of the plentiful additional supply, plus possible weaker demand due to the slowdown of the world economy.

In fact, the real challenge now is containing operating costs, says Shell Malaysia Ltd chairman Iain Lo, to minimise the pinch of margin squeeze. “Clearly, oil price is a big challenge in the upstream world, we are not different from others. What we are doing, for one, is to strengthen our portfolio, so you’ll read about divestments and we are also looking at how to make our cost more efficient,” the 53-year-old industry veteran, who took over as chairman at Shell Malaysia in 2012, after being in service with the group since the 1990s, says.

He adds that there is a lot of speculation over how long the current downturn in oil prices will last, and Shell as a group has prepared itself for a prolonged low price environment.

“I think for the existing projects, there is very little rationale to reduce production because you may assume that, ‘hey, the oil price is low, let’s not produce as much because tomorrow it’ll be higher’.

“Well, it may be lower tomorrow … One thing we don’t control is the oil price, so we don’t even try to manage that. I think we try to manage our cost efficiency and how we manage the reservoir to get the maximum production out of it,” he says.

“We don’t define what prolonged is but our planning cycle is three to five years. So in this kind of mindset, we are going to assume that we are not going to get any help from oil prices. I don’t worry about what the oil price will be, I am (more) worried about what my cost will be,” he tells digitaledge Weekly.

Lo points out that the challenge the industry is facing now is that cost hasn’t fallen as fast as the crude oil price has dropped, which is more than half of its average trade of US$100 per barrel in mid-2014. This also translates into a squeeze in margins for the oil majors.

“I think there are studies done by various consultants that, on average, for the last five years there has been a 10% year-on-year increase in cost. This is just not sustainable if you factor in the sudden decline in oil prices,” says Lo.

One main factor that is keeping costs high are long-term contracts. “It is much harder to take out costs just by asking for discounts on the rates, but what we can do is work with the contractor to see how we can optimise its services. This requires a bit of facilitation and cooperation across the industry.”

High costs coupled with low oil prices have made the development of new oilfields not that commercially viable anymore, compared with the time when crude prices were more than US$100 per barrel barely a year ago.

According to Lo, the existing producing fields remain economically viable as the exploration and development costs have already sunk in. The cost equation would be totally different if one were to start drilling a new field.

Also, he notes that projects that are in mid-flight are difficult to change simply because of the contract strategies that would have already been committed to.

“If you look at how we produce oil and gas around the world, about two-thirds of oil gets left behind. If you can just increase the recovery by 5% or 10%, how much production are you going to have? That is really the prize.

“But the challenge is the cost of getting it out. There are two parts to the challenge, one is technology and the second is cost. So, the real challenge is how do we do it cost effectively. I think the relevance remains but the economic challenge has got a lot bigger with the lower oil price,” he says.

All said, Lo reiterates that Shell group will remain committed to the country. Its investments in several local exploration and production activities say it all.

Last year, Shell took on the final investment decision for the redevelopment of the Baronia field. It was said that Malaysia Marine and Heavy Engineering Holdings Bhd, SapuraKencana Petroleum Bhd and TH Heavy Engineering Bhd were shortlisted for the turnkey contract for the central processing platform of the project that is worth an estimated RM1.5 billion.

Lo says the next “big one up” after Baronia is Bokor, however, no details on the project were given.

On the downstream space, Lo says it is one the strengths Shell has as it is the leading retailer of fuels and lubricants in the country.

“We have the strongest brand in the country, the focus really is to continue to build the brand with product leadership. What we are also doing is investing in enhancing the customer experience to stay ahead of the game. We are not being complacent just because we are leaders, but just to make sure we stay there.

“The oil price has been a big challenge, but the integrated nature of our business both upstream and downstream has really allowed us to mitigate the impact of that on the total bottom line for the country,” says Lo.

Shell Malaysia is unique to the group as it is a miniature version of its parent Royal Dutch Shell plc.

“Not every country has all these — upstream, midstream and downstream — elements, so in that sense Malaysia is a unique country for Shell.

“It (Malaysia) is a very material country within the Shell group. It is still considered Shell’s heartland. Looking at Shell’s strategy going forward, it will be anchored on three pillars, the upstream and downstream business, deepwater and integrated gas,” says Lo.

Shell’s strategies are bolstered by the eight exploration PSCs it has locally. The oil major is also setting up to drill nine exploration wells this year and five more in 2016. It has also made 10 discoveries in the past 18 months in Sarawak.

“This is a very significant commitment to our future in this country. So, we are very aligned strategically within the group in addition to being profitable. I expect that Malaysia will remain in Shell’s future for a very long time,” says Lo.

“We look at our asset base and we choose the best bits to keep. That usually means they are material and that they have growth potential. Those that don’t fall in that bracket, that don’t have the material cash flow for long time, we’ll choose to divest because it doesn’t pay off in terms of management attention and the returns.”

MLNG Dua had been operated by Shell through the PSC since 1993. Now MLNG Dua is owned by Petronas Carigali (90%) and its subsidiary E&P Malaysian Ventures Sdn Bhd (10%).

“We will continue to look at our portfolio. As you go through the lifecycle of the field, initially the cash flows will be great, but then towards the end, the cash flow will start to decline and then you will have to see whether or not there are opportunities,” he says.

Lo says this is because very frequently when a field is found, there are other smaller fields nearby that can be developed and extend the life of the central asset that has been put in place, but there are times when it runs out and Shell may exit.