Shares slide, US dollar up as hopes of economic recovery fade 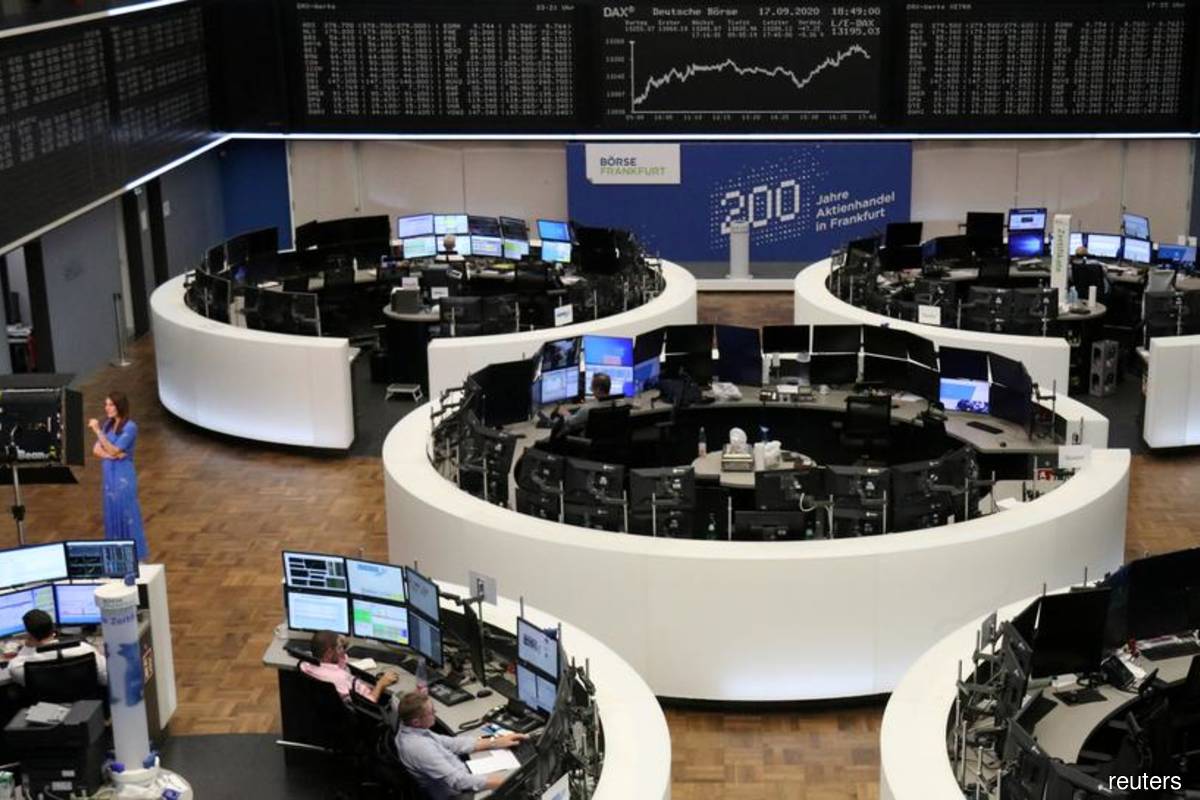 LONDON/SHANGHAI (Sept 24): Global shares slid and the US dollar rose on Thursday on investor concern about another economic hit from the coronavirus pandemic, ahead of German sentiment data and speeches from a clutch of central bankers.

After a summer lull in much of Europe, the infection rate has begun to rise sharply, with a number of countries including Britain introducing tougher rules to help limit the spread of the virus.

The MSCI World index was down 0.6% at 0733 GMT, its fifth day in the red out of the last six and hovering near a two-month low. Asia-Pacific shares outside Japan fell 1.93%, chalking up their worst day in two months after economic warnings from US Federal Reserve officials.

Yet political stalemate in Washington continues to frustrate efforts to prop up the world's biggest economy, beset by one of the worst Covid-19 death rates globally.

"A US fiscal deal was baked into markets and now what you are seeing is that the probability of a deal going through has simply reversed," said Justin Onuekwusi, a London-based portfolio manager at Legal and General Investment Management.

"We have heard this week how important a fiscal deal is to the Federal Reserve but from a political standpoint, focus has moved more towards the election and Supreme Court deliberations rather than the economy," he added.

Flows into the US dollar helped up it rise for a fourth straight day, leaving it on track to record its longest streak of daily gains since June and now nearly 3% off its August lows.

"Have we overpriced the rebound in the economy? After the stern warning from Clarida, I say we have," said Stephen Innes, chief global markets strategist at AXI.

"I think the market was interpreting a bounce from the bottom as a cyclical recovery, but I don't think we're there yet. I still think there's a lot of blood on the street, especially on Main Street."

Commodities priced in US dollars fell as a result, with Brent crude futures down 0.7% at US$41.45 a barrel and gold down 0.2% — on course for a fourth day of losses that total nearly 7%.

"A stronger USD remains a significant headwind for commodity markets, with investor appetite waning," ANZ analysts said in a note.

With central bankers in focus globally, the chair of the US Federal Reserve will be closely watched later in the day when he and a number of colleagues speak at the Senate Banking Committee.

Elsewhere Bank of England Governor Andrew Bailey is also due to speak, as is the European Central Bank's chief economist, Philip Lane, ahead of the release of its latest Economic Bulletin.

In emerging markets, both the Turkish and Mexican central banks are set to decide on monetary policy. MSCI's Emerging Markets Index was down 1.8% at 0814 GMT.

Investors are waiting for weekly data due later on Thursday, which is expected to show US jobless claims fell slightly but remained elevated, indicating the world's largest economy is far from recovering.

Rate decisions are also due in Switzerland and Norway, while the ECB is also set to carry out its latest Targeted Longer-term Refinancing Operation.