Shale puts a floor on oil prices too — HSBC 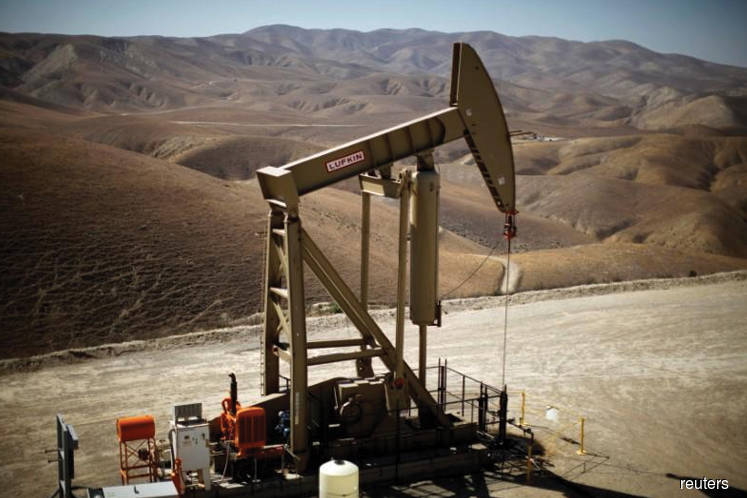 KUALA LUMPUR: One of the factors that capped the growth of crude oil prices at US$86 (RM353.46) per barrel in 2018 was the faster-than-expected growth in shale oil production in the US, especially in the second half (2H) of the year.

What is less talked about, however, is the role that shale could play in putting a floor to prices as well.

A survey by the Federal Reserve Bank of Dallas published on Jan 3 revealed that growth in shale activities slowed significantly in the fourth quarter of 2018 (4Q18).

Its Business Activity Index, which compares quarter-on-quarter growth, slowed to 2.3 in 4Q18 from 43.3 in 3Q18 — the first such slowdown since early 2016 when oil prices bottomed at below US$30 per barrel.

Prior to that, oilfield services companies warned about pipeline constraints, well productivity issues and budget concerns, among others.

But the leading factor was the speedy, unnerving 40% crash in oil prices to US$50 per barrel in December on concerns over slowing global demand and failure by the US to follow through on its tough sanctions against Iran.

Simply put, this means that US shale producers are now more sensitive to low prices.

Concurrently, the shorter cycle of the US supply allows it to react faster to price slumps compared to longer cycle conventional supply, which makes up the majority of supply presently.

HSBC Global Research said in a January note: “In 2018, the US growth that resulted from the price recovery was arguably the most significant factor capping prices in 2H.

“However, the inverse is also true — the sharp contraction in US activity in 2015-16, and the first signs of weaker activity in recent months — and illustrates how US supply also acts as a strong swing factor in supporting prices on the downside, a factor that we think is less appreciated by the market,” said the research house.

Break-even price on the rise

The fact is that when US shale producers successfully innovate to compensate for the low crude oil prices after the 2015 oil crash, the success also hinges on the abundance of low cost-per-barrel fields in the early stages of the shale boom.

As the low-hanging fruits get exhausted, “growth [in shale] may somehow decelerate in the coming years, on rising cost/barrel of these fields”, said Maybank IB analyst Liaw Thong Jung.

Forbes reported on Dec 20 last year that the average break-even price for shale was touted at US$50 per barrel.

“Although some wells in certain areas of the Permian can break even at prices between US$32 and US$47 per barrel, other wells, even in the same areas, need as much as US$65 to break even.

“Outside of the Permian region, break-even prices are even higher,” said the report.

Opec and its alliance, too, want oil prices to remain at a level that would instil confidence; of which analysts believe sits at about US$60-US$70 per barrel.

HSBC estimates Brent crude oil price to average US$64 per barrel in 2019, a dollar below the expectation of Liaw’s US$65 per barrel.

“I think we can see it touching US$70 as well,” said Liaw, who thinks that volatility will persist in the year. “If you look at last year, the oil price high-low spread was quite big [at US$36].”