Shake-up in the automotive sector 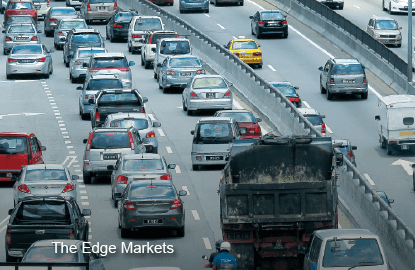 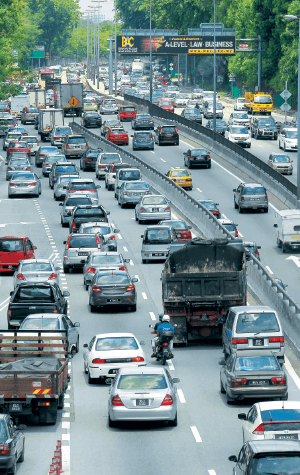 INTENSE COMPETITION in Malaysia’s automotive sector has prompted major players to break into each other’s segments. Soon, there will be no clear distinction between companies in terms of the market segments they serve.

The signing of a memorandum of understanding between Proton Holdings Bhd and Suzuki Motor Corp (SMC) last Monday will lead to further restructuring in the industry. It will see Proton producing A-segment compact cars, a market long dominated by Perusahaan Otomobil Kedua Sdn Bhd (Perodua).

The tie-up with SMC comes at a time when Proton is losing ground to both Perodua and foreign brands. While Perodua is continuing its dominance in the compact city car segment with the Axia and Myvi models, foreign brands are eating into Proton’s share of the sedan market.

“Our position is that national makes should have significant market share, about 60%,” Aminar says, after launching the Akashi Kikai transmission plant in Sendayan Tech Valley last Tuesday.

Perusahaan Otomobil Nasional Sdn Bhd’s first model in 1985 was the Saga, a rebadged Mitsubishi Fiore. A decade later, Perodua — a collaboration with Daihatsu — was set up with the aim of building compact city cars.

Since then, both Proton and Perodua have largely followed that legacy — they had rarely encroached on each other’s markets. To be sure, Proton had introduced the Tiara and Savvy to take on Perodua in the latter’s segment, but these models did not really alter the market.

However, Perodua’s pole position since 2005 and non-national marques making great strides in the market through competitive pricing set alarm bells ringing for Proton.

Meanwhile, Perodua is developing its first sedan model, with production targeted to start next year. The second national carmaker had previously come up with two sedan concept cars — the Bezza and Buddyz.

“If Proton does not do anything to address the situation, its market share will continue to slide. DRB-Hicom [Bhd] will not want to see that happen after spending billions of ringgit on privatising the company and [having made] various financial injections into it,” says an observer.

DRB-Hicom privatised Proton in 2012 for about RM3 billion. The conglomerate also had to raise debt to fund Proton’s working capital and development expenditures.

Proton’s partnership with SMC covers three areas. First, Proton will assemble Suzuki completely knocked down (CKD) kits and distribute them under the national brand. Second, it will become the sole licensee to manufacture and distribute Suzuki models in Malaysia.

Under this two-pronged strategy, Proton will have two brands in the compact city car segment.

At the moment, Suzuki models are distributed by Suzuki Malaysia Automobile Sdn Bhd, in which SMC and DRB-Hicom (fundamental: 0.30; valuation: 2.40) hold a 40% stake each.

“The tie-up is positive as it will give Proton a presence in the A segment, while carrying out contract assembly for Suzuki,” remarks Thomas Soon, an automotive analyst with AmResearch, in a June 16 report.

Third, apart from rebadging Suzuki models, Proton will have access to Suzuki engines, transmissions, platforms and powertrain, which would allow it to design and produce its own models for sale locally and abroad.

This strategy may allow Proton to export the Iriz to India, opine observers. This is because Suzuki has diesel engines that Proton can use to power the Indian version of Iriz, as the market in the country is skewed towards diesel rather than petrol.

However, the immediate export potential of Suzuki vehicles produced in Tanjung Malim could be limited since SMC already has manufacturing facilities in Thailand (50,000-unit capacity) and Indonesia (100,000-unit capacity), says Alexander Chia, an automotive analyst with RHB Research Institute.

Meanwhile, the National Automotive Policy (NAP) 2014 — which lifted the freeze on the issuance of manufacturing licences for foreign cars — has encouraged non-national marques to undertake local assembly.

“Actually, the automotive market has been shaken up by the non-national marques. This is because the government has entered into various trade agreements, which abolished tariffs and reduced non-tariff barriers,” says an analyst who covers the automotive industry.

Since the first NAP was introduced in 2006, protection for local car brands has slowly been lifted by the government. The Asean Free Trade Area, which came into force in 2007, has abolished import duty on cars produced within Southeast Asia.

These developments have allowed cars produced in Thailand and Indonesia to slowly but steadily penetrate the Malaysian market. For example, Toyota, Honda and Nissan have been increasing their market share year after year.

In the first half of 2006, Perodua’s market share for passenger cars was 42% while Proton had 33%. The non-national marques only served 22% of the passenger car market then, according to data by Malaysian Automotive Association.

This is the direction that the country’s automotive industry is heading, as planned under the NAP 2014, says Madani Sahari, CEO of Malaysia Automotive Institute.

“Competition is good as it will benefit consumers and allow local industry players to explore the export market. MAI was established to facilitate this development,” he adds.