Shafee's son down with Covid, firm seeks adjournment of Tuesday and Wednesday's verdict on Najib 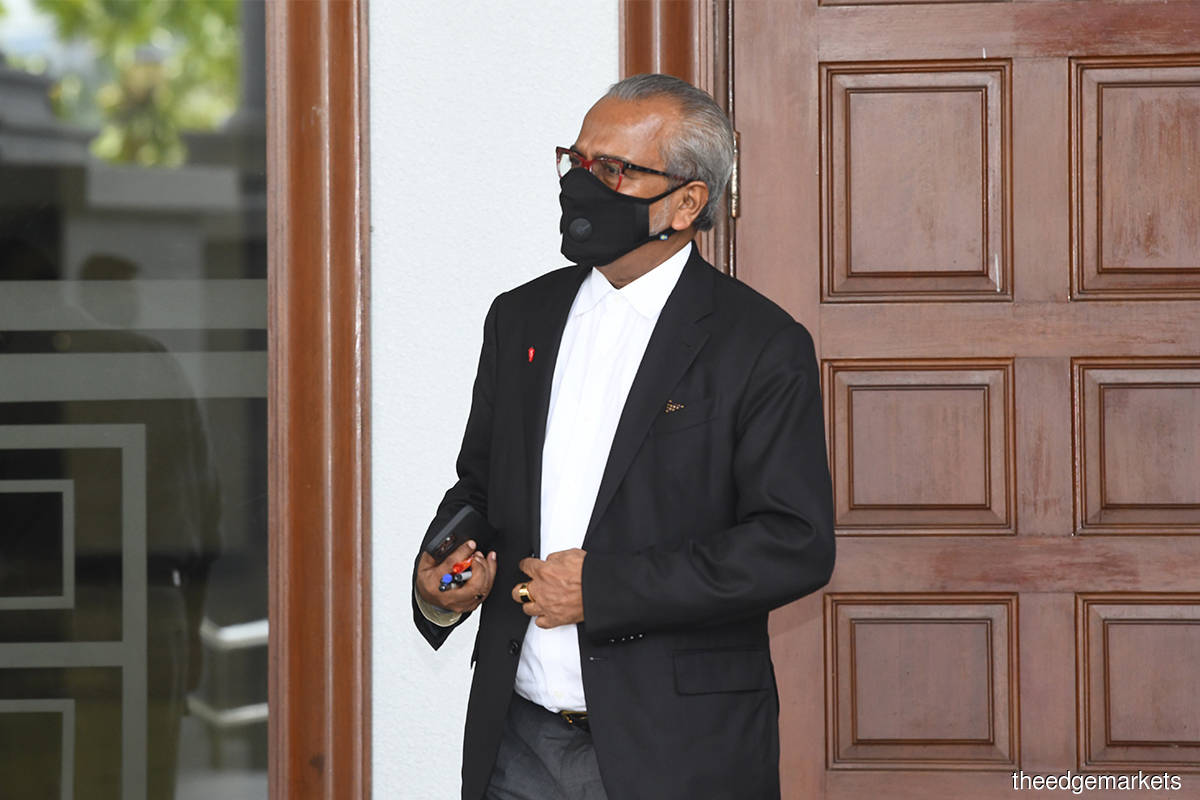 This comes at the back of Najib filing two affidavits in reply on Monday evening, in response to Deputy Public Prosecutor's Budiman Lutfi Mohamed affidavit to oppose the motion filed by the firm to adduce evidence citing it was a delay tactic.

Then Shafee & Co wrote in to inform that senior counsel Tan Sri Muhammad Shafee Abdullah son, Mohd Farhan Shafee who is part of the legal team had contracted Covid 19, after testing positive three times with the test results provided.

This comes at the back of one of Shafee's staff mother, had also tested Covid 19 on Monday evening, and most of the legal team had attended a function held by the person (staff's mother) over the weekend.

“Najib was also present at the office to sign off the two affidavits. As a result of the positive cases, our MySejahtera applications had been listed as “close contact” or “casual contact”.

“Hence, we have the social obligation to inform this court to humbly seek an adjournment of Tuesday's and Wednesday delivery of the verdict following the circumstances,” the letter from the law firm said.

It is understood at the time of writing, the appellate court did not respond to the solicitor's request, and it would be interesting to see on Tuesday as to how the three member bench would decide on the matter.

Justice Datuk Abdul Karim Abdul Jalil who leads the three member bench, had fixed Wednesday to deliver the long awaited decision of the former premier's appeal after the panel last heard submissions on the matter on May 18.

Najib, 68, the Pekan member of Parliament and former Umno president, was convicted of all seven counts of charges in relation to SRC.

He was found guilty by the High Court on July 28, last year of abusing his power with regards to approval of the RM4 billion loan given to Retirement Fund Inc (KWAP) between 2011 and 2012. Najib is also convicted of three counts each of criminal breach of trust and money laundering of the RM42 million of SRC funds which he received between Dec 26, 2014 and Feb 10, 2015.

For this, trial judge Justice Mohd Nazlan Mohd Ghazali sentenced him to 12 years jail and fine RM210 million, which he is appealing and got a stay of the sentence.