Shafee: You have to prove Najib knew money came from illegal sources 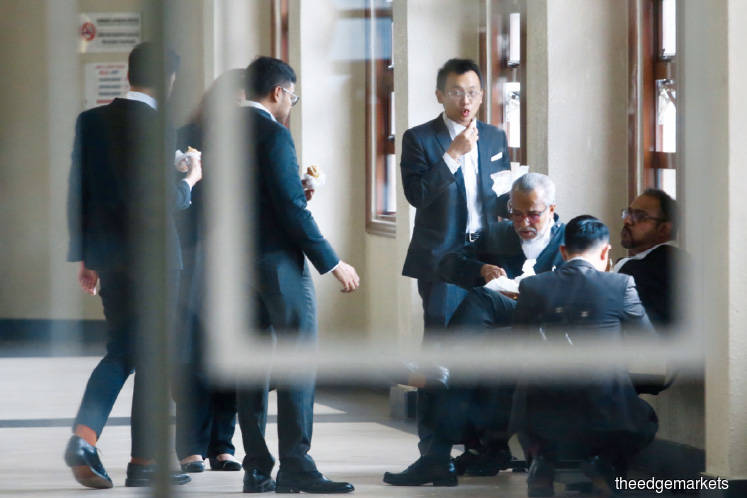 After the trial adjourned on its second day, Muhammad Shafee claimed a Bank Negara Malaysia raid on an AmBank branch in 2015 seeking information on Najib’s and SRC International’s bank accounts, did not reveal anything new so far.

“There can be many transactions. The issue is does Datuk Seri Najib know the exact things that went on — whether the money [that] went into the accounts ... is in fact from [an] illegal source?” Muhammad Shafee asked.

“That is the basic premise. Just because money [was channelled] into my account, it does not mean I am in full knowledge that it came from a wrong source.

“Many individuals are involved. The prosecution needs to [prove] that he is part of the conspiracy. That is a job for the prosecution, [and] not for us,” he added.

The proceedings, entering the third day today, may reveal “a little bit” more details, said Muhammad Shafee. Much of the time will be spent on cross-checking the related documents, as yesterday’s proceeding showed.

“Hopefully, they will put the bankers [on the witness stand] soon.

Section 4(1)(b) of the Anti-Money Laundering, AntiTerrorism Financing and Proceeds of Unlawful Activities Act 2001 — under which Najib is charged — states a person has committed an offence if he “acquires, receives, possesses, disguises, transfers, converts, exchanges, carries, disposes of or uses proceeds of an unlawful activity or instrumentalities of an offence”.