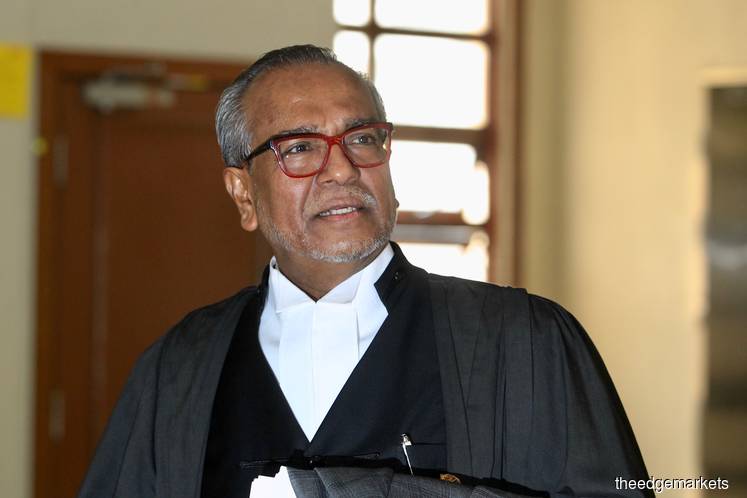 The lead defence counsel for Najib in both his 1MDB and SRC trials confirmed this despite the earlier request to High Court judge Collin Lawrence Sequerah to adjourn the trial to Sept 3 — or 14 days from the submission of court documents, which was officially done today.

"No, we have already appealed [previously]. We have gone to the Federal Court. For us to go again, we do not want to sound as though we are not reasonable [towards the court system]. We are trying to accommodate the system," said Shafee.

"But the Federal Court has said that [we can] appeal to the sensible and reasonable [nature] of the judge to be able to understand that the defence team is doing two cases at the moment almost simultaneously," he added.

Shafee, however, maintained that the appropriate time for the trial to start should be 14 days from the date of submission of documents.

The court, he said, received 12 witness statements and 15 volumes of documents pertaining to the trial after office hours last Friday.

"You add 14 days excluding the public holidays... a reasonable period should be on [Sept 3] to commence the trial. I thought it is a reasonable request by the prosecution for us to read the witness statements... Some are 200 pages [long].

"The law says to give at least 14 days before the trial [although] the law is based on reasonableness," he said.

"I thought starting a trial without a witness statement could delay the trial a lot more," he added.

Shafee takes swipe at judges, prosecution
Responding to another question by reporters, Shafee stressed that the simultaneous running of the two massive trials could tremendously affect the ability of the defence team, which has been appointed to manage both trials.

"There are preparations involved... Lawyers literally take their work home. The SRC trial alone, many of us lack sleep. When you add another trial, it may compromise our ability to do the best defence," he said.

The prominent lawyer then took a swipe at the judges presiding over the trial.

"This is what I tried to point out to the Federal Court [during our initial appeal against the start of the 1MDB trial]. It is very important to judges who have never practised to understand how practitioners function... They do not have enough rest.

"Those of us who play golf, golf is no longer something that we could enjoy. I go cycling and my bicycle is beginning to rust... All this can affect us because all work makes you a dull fellow," Shafee said.

He also alleged that the prosecution had "all the time in the world" to prepare their case, while the defence only received 15 volumes of documents to peruse recently.

Case management was set for this Thursday to update the court on the progress of the SRC trial.

Meanwhile, the SRC trial — which has called its last prosecution witness — was postponed by High Court Justice Mohd Nazlan Mohd Ghazali from 10am to 2.30pm today as he is overseeing another trial.