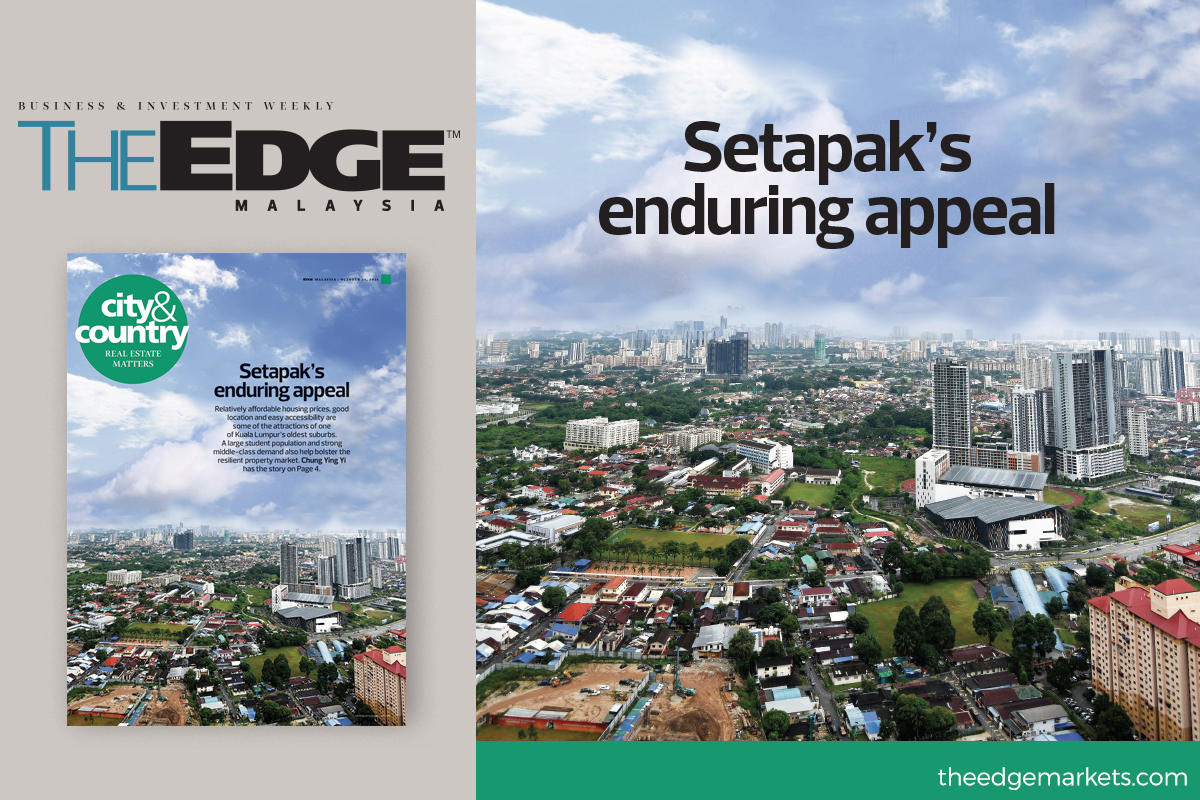 KUALA LUMPUR (Oct 24): Formerly a tin mining and rubber plantation area, Setapak has evolved into a densely populated and busy neighbourhood with both old and new commercial and residential developments.

The area has seen its student population increase steadily over the years, thanks to the various educational institutions and schools there.

The upcoming MRT Line 3, which has a proposed station in Air Panas, is expected to further enhance connectivity in the area when completed in 2024.

Property experts highlight that properties in the area generally see steady demand as there is a population of 293,280 (as at 2010) residing in this area.

The largest segment of landed properties is terraced houses, which make up about 88% of the total landed transactions, followed by semi-detached and detached houses at 4% and 8% respectively.

Meanwhile, the prices of high-rises in the area have been relatively stable, depending on the type of development. Some transactions have increased in price while others have experienced a slight softening, but all within a narrow band.

Due to the strong middle-class demand and big catchment area, good existing and new infrastructure facilities, properties in the area are expected to remain relatively resilient.

Read more about it in the latest issue of City & Country, which comes out with The Edge Malaysia weekly's Oct 25 edition.