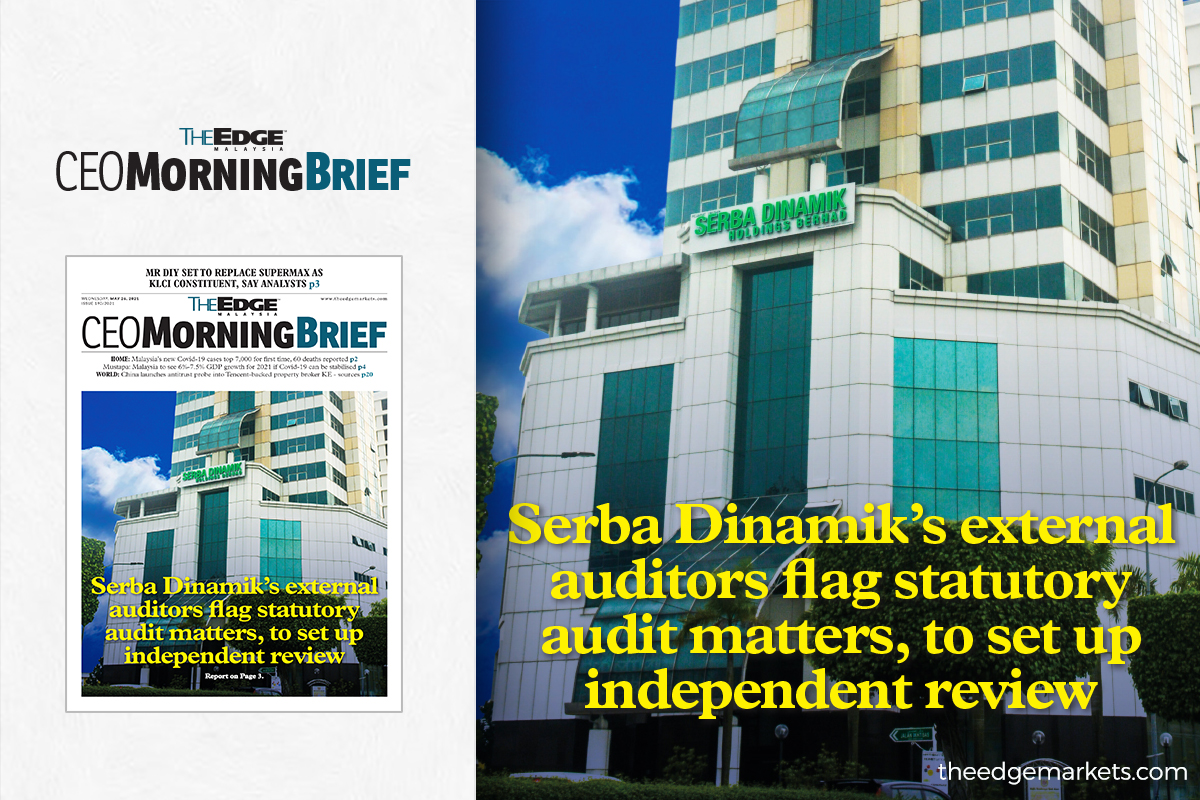 KUALA LUMPUR (May 25): Serba Dinamik Holdings Bhd said today it is commencing a special independent review after its board of directors was informed by its external auditors on some matters pertaining to statutory audit.

"The board is in the midst of appointing an independent firm to commence a special independent review to assess the veracity and accuracy of the matters.

"An updated announcement will be made upon the finalisation of the said appointment of the independent firm," it said in a bourse filing today. According to Serba Dinamik's 2019 annual report, its auditor is KPMG PLT.

Since its listing in 2016, the oil and gas services and engineering group has shown stellar year-on-year growth in its financial performance.

Last July, Serba Dinamik had announced the appointment of its financial controller Azhan Azmi as group chief financial officer to replace Syed Nazim Syed Faisal, who was redesignated as a non-independent executive director of the company.

More recently, this month, special-purpose acquisition company Data Knights Acquisition Corp, which was sponsored by Serba Dinamik, was listed on Nasdaq in the US.

"The company plans to leverage its management team's experiences and target the data centres and internet technology sectors, focusing on businesses built on disruptive technologies and business platforms.

"The UK based-company is planning to raise from US$100 million up to US$115 million (in overallotment option is exercised in full) via this initial public offering (IPO) exercise," Serba Dinamik said when announcing the listing and the IPO.