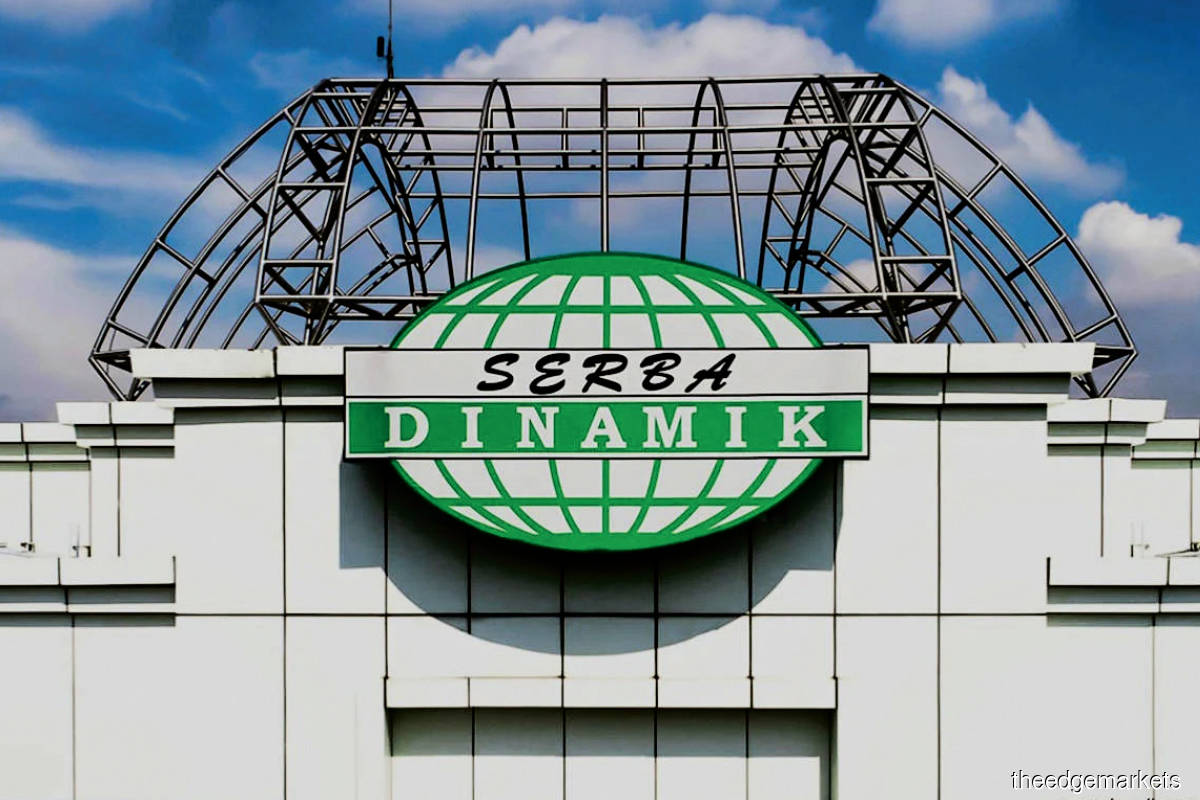 EY will report directly to Bursa and the SC on the progress and findings of its independent review. (Photo by Serba Dinamik)

In a filing on the deadline for the appointment — as mandated by Bursa Malaysia — on Friday (July 2), Serba Dinamik said the decision to appoint EY was on the back of discussions with the regulator.

The scope of works calls for EY to assess the validity and veracity of the transactions and balances on sales, trade receivables and materials on sites with respect to 11 identified customers, and to quantify any possible financial impact.

It will also look into purchases from six local suppliers; IT contracts and transactions involving six customers and two suppliers, as well as the revenue and costs involved; and the transactions and balances involving one customer and one supplier in Bahrain.

Bursa had previously ordered the scope of the independent review to be the same as agreed between Serba Dinamik’s audit committee and EY on June 15, which had been presented to the regulator. Serba Dinamik had said then it was in the process of appointing EY, but was awaiting KPMG’s response, including a written confirmation of its cooperation.

The exchange also demanded that the reviewer reports directly to Bursa and the Securities Commission Malaysia (SC) on the progress and findings. The reviewer must have a presence where Serba Dinamik’s customers and suppliers are located, it added.

Regulators had ordered the independent review after they were alerted by KPMG about the audit issues in Serba Dinamik in May. It was also Bursa which requested Serba Dinamik to detail the audit matters in its filing dated May 25 as a result of ­KPMG’s alert, the company said.

Serba Dinamik’s share price has fallen as much as 80% in the fifth week since the audit issue first came up on May 25. Last week, group CEO and largest shareholder Datuk Mohd Abdul Karim Abdullah had to pare down his stake owing to forced selling, which saw his shareholding reduced to 21.59% as at June 29, from 27% previously.

In the same week, the Employees Provident Fund (EPF) became the second institutional fund after Kumpulan Wang Persaraan (Diperbadankan) (KWAP) to cease being a substantial shareholder in the company, having disposed of a stake of more than 5% since May 25.

The oil and gas services group filed a suit against KPMG on June 22, citing negligence, breach of contract and breach of statutory duty owing to failure to complete its audit for the financial year ended Dec 31, 2020 (FY2020), and its handling of the audit issues with the company and the regulators.

“The defendant (KPMG), without completing the audit exercise and without knowing conclusively the status of the required confirmations decided to invoke Section 320 of the Capital Markets and Services Act 2007 to whistle-blow on the Plaintiff (Serba Dinamik) to the Securities Commission, which led to the raid on the Plaintiff’s premises,” Serba Dinamik said in its statement of claim against KPMG.

As KPMG had not formed a professional opinion as required under Section 320(1) of the CMSA that Serba Dinamik had breached the securities law, the auditor did not report to the SC in good faith and in the intended performance of its duty, Serba Dinamik added.

It is particularly because regulators will act on auditors’ recommendations that the latter should have to form its professional opinion before whistle-blowing, the company argued.

Hence, KPMG had breached the contract by failing to conduct itself in a professional manner, and breached the statutory duty by reporting the red flags to the SC “without cause”, it said.

Serba Dinamik also claimed that KPMG’s act of halting the audit process pending the independent review was negligent, as the audit matters “could be dealt with” by KPMG following the company’s explanations on May 6. The auditor did not respond to the clarifications up until the suit, it said.

KPMG has since resigned as the external auditor, citing the suit as having compromised its ability to independently continue the audit engagement and discharge its professional duties as auditor of the company.

At an interview with The Edge last week, however, newly appointed independent director Johan Mohamed Ishak said only two of the directors who left had voted against filing the suit against KPMG. There were also many opportunities given to them to express any concerns, he added.

At the same interview, Mohd Karim again addressed concerns about Serba Dinamik’s financials (see “Ballooning books due to nature of businesss, pace of growth”) and contracts.

“In the African continent, we have made very successful inroads. We are competing head-on with companies from China, which come in with their financing packages in all their projects. So it is quite a challenging environment.

“And of course, we have been in the Middle East for more than 20 years,” he said.

“Again, there were quite a lot of smear allegations, for example, the Block 7 Innovation Hub, which people allege is a ‘left-pocket, right pocket’ deal, which is totally untrue.

“I put up a challenge to invite anybody to go over there any time. We will bring them to the sites, let them speak to the authorities and meet up with all the relevant people.”

In the meantime, Serba Dinamik has to appoint three more independent directors to meet the required board composition. The company currently has four non-independent and two independent directors — Johan and group chairman Datuk Mohamed Ilyas Pakeer Mohamed. The board has yet to appoint members for a new nomination and remuneration committee following last month’s resignations.

‘Ballooning books due to nature of business, pace of growth’

Serba Dinamik Holdings Bhd has come out to justify the rising receivables and inventories in its books, which had grown by more than 100% and 50% respectively between December 2019 and March 2021.

In an interview with The Edge, Serba Dinamik chief financial officer Azhan Azmi explains its cash flow position in recent years. “These will happen when you grow your O&M (operations and maintenance) contracts,” he says.

“This is a typical nature of our business, [as these contracts] are working-capital-heavy. As and when you get a new contract, you need to pay upfront to stock your inventories as required by clients.”

On the receivables, Azhan says, “Our EPCC (engineering, procurement, construction and commissioning) segment is also starting to grow. You will perform the work and recognise the revenue based on the percentage of completion.

“However, the invoice is based on milestones achieved. So, there is always a time lag between when you spend your cash and the date of collection.

“Overall, our cash cycle can go between 90 and 150 days, and it always stretches our working capital — as and when we start to grow. Unless our order book maintains [its size], then you can see cash flow improve.”

Since listing in 2017, Serba Dinamik has grown its order book from RM4 billion to about RM10 billion in 2019 and RM18 billion to date.

The company expects 2021 to be a year of consolidation, as it feels it now has enough projects on hand to focus on. That should help improve its cash flow from the current position, says Azhan.

Owing to elevated working capital needs, however, when taking into account all the interest and lease liabilities paid, its net operating cash flow had been in deficit for two years, coming in at -RM320.59 million for the 15 months ended March 31, 2021.

The company says 90% of its receivables portion that was raised by its former auditor KPMG has since been collected, suggesting that the increase at end-March was also a contribution from new sales during the quarter ended March 31.

On the inventories, the amount disputed by KPMG at end-2020 comprises materials of RM569 million, which Serba Dinamik explains are kept at its clients’ premises, and represent only 34% of its total inventory on hand at the time.

“Also included in current inventories are part of the Pengerang Eco-Industrial Park projects (PeIP) amounting to RM319.1 million, which was previously recognised under property, plant and equipment. The reclassification was done, as certain areas of the PeIP are now going to be sold to the market,” the company explains at the interview.

The PeIP will house an oil and gas maintenance, repair and overhaul (MRO) centre, which is intended to provide services for the neighbouring Pengerang Integrated Complex (PIC) and Pengerang Deepwater Terminal (PDT).

At end-March, Serba Dinamik had RM1.03 billion in cash, against current and long-term borrowings of RM644.95 million and RM3.33 billion respectively. Its net gearing stood at 0.75 times.