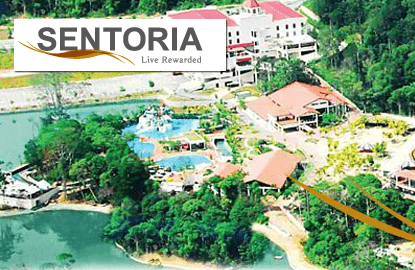 The project has an estimated gross development value (GDV) of RM180 million, Sentoria said in a Bursa Malaysia filing today.

"The JV is a strategic alliance for Sentoria to participate potentially in affordable housing development in (the) northern part of Peninsular Malaysia. The JV is expected to contribute positively to the future earnings and thereby improve shareholders' value over the medium to long term," Sentoria said of its rationale for signing this agreement.

The 120-acre land is actually one of two land parcels totalling 300 acres that SUSB bought from Ideal Appraisal Sdn Bhd nearly a year ago. Sejati Pertiwi held the 120-acre tract as a nominee for SUSB after the land sale, while the ownership of the remaining 185 acres of land is still in SUSB's hands.

It added that its JV was not expected "to have any immediate material effect" on its gearing, which stood at 0.37 times after deducting the cash in hand as at Sept 30, 2015.