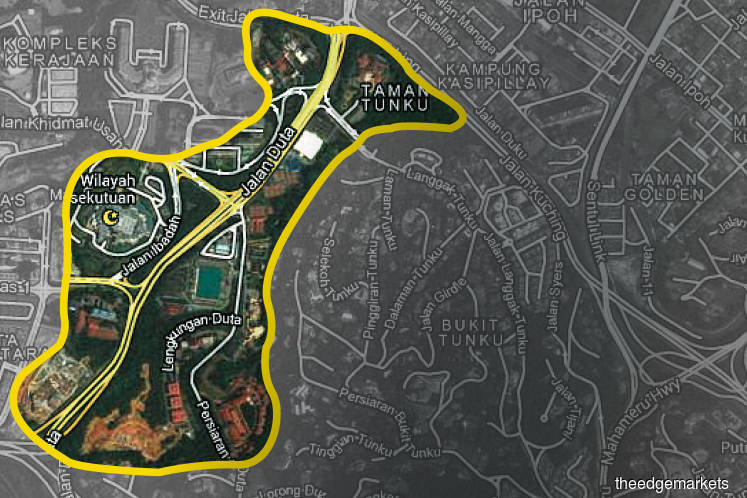 Following proceedings in chambers before Justice Datuk Nordin Hassan, Kenari Maluri's lawyer Datuk Edward Ng Boon Siong told the press that the hearing for the case has been postponed to Oct 3 pending the decision of the Court of Appeal on the matter.

Also present in chambers were Janet Chai Pei Ying and Adelin Phung, who are representing Semantan Estates, and Krishna Priya, who is acting on behalf of the government.

Nordin had on May 29 fixed the date to hear the merits of Semantan Estates' claims to retain beneficial interests and cause to transfer ownership of the 106.7ha land along Jalan Duta (now Jalan Tuanku Abdul Halim).

Kenari Maluri sought to intervene in the judicial dispute because it wants to provide a win-win solution to a pre-Merdeka dispute over the large tract of prime land.

It has also claimed it is friendly to both the plaintiff and defendants, namely the government and six other defendants.

The company filed a judicial review on the grounds that the government and other respondents had failed, neglected, omitted and refused to comply with Semantan Estates to give effect to a 2009 court order.

They had sought leave from Justice Nordin's court for an order of mandamus to compel the respondents to do the following: