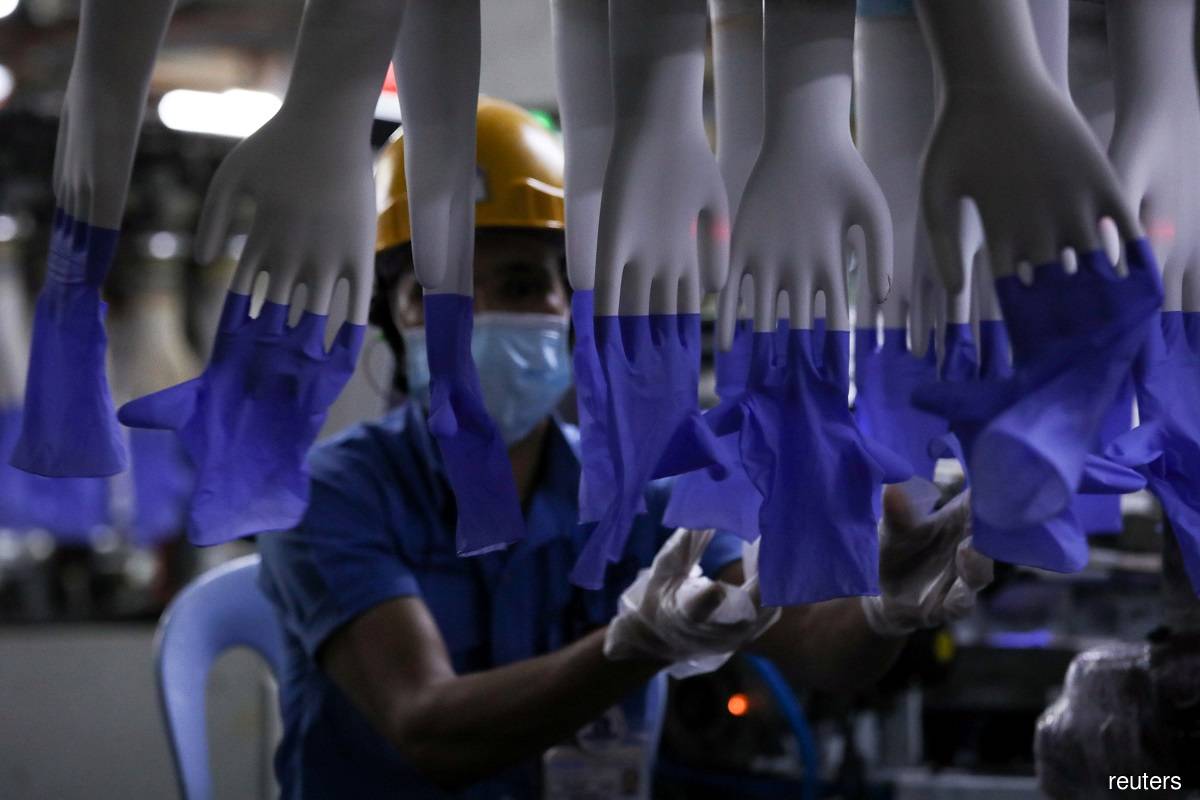 KUALA LUMPUR (Feb 22): Glove bulls seem to be getting lethargic as more countries kick-start their Covid-19 vaccination programmes. Malaysia will soon be the latest one, which will begin on coming Wednesday.

Selling pressure on glove stocks mounts as domestic investors see the rising optimism that the coronavirus will be contained more effectively with the availability of vaccines.

However, the recent selldown has pulled share prices down to attractive bargain hunting level against the target prices of the majority investment analysts.

At market close, the Healthcare index, which tracks share prices of pharmaceutical companies, rubber glove manufacturers and hospital operators, slipped 1.51% or 52.26 points to close at 3,399.28.

Hartalega Holdings Bhd — the sixth top loser on Bursa in terms of value — shed 42 sen or 3.48% to RM11.64 with some 4.75 million shares changing hands. This gave the group a market capitalisation of RM39.9 billion.

The first shipment of 312,390 doses of the Pfizer-BioNTech Covid-19 vaccine arrived on Sunday as the first phase of the National Immunisation Programme is set to begin earlier on Feb 24, instead of Feb 26 as previously announced.

The Covid-19 immunisation programme has three phases, targeting 80% of the population or 26.5 million recipients who will be inoculated for free.

Science, Technology and Innovation Minister Khairy Jamaluddin, who is also in charge of the National Immunisation Programme, said Prime Minister Tan Sri Muhyiddin Yassin and Health director-general Tan Sri Dr Noor Hisham Abdullah will be among the first individuals to receive the vaccines on coming Wednesday.

Health workers and other front-line workers will be inoculated in the first phase from February until April, followed by senior citizens and high-risk groups in the second phase (from April until August). Meanwhile, the third phase involving those aged 18 and above will take place from May until February 2022.

In a thematic report dated Feb 18, MIDF Research said sentiment towards the glove sector had changed as the development of Covid-19 vaccines progressed, however, it still maintained its positive stance on the sector as the research house believed the demand growth of gloves would continue after the pandemic.

The research house said one notable growth driver of rubber glove demand is higher hygiene awareness in the developing nations, while in the developed countries, demand is driven by more stringent medical processes, an ageing population which leads to higher medical needs, as well as consumption in other services sectors.

"The glove consumption is expected to remain high in 2021. We believe that mass testing and random testing will continue until a wide population is vaccinated.

"This is especially so if economies, social activities, and schools are to reopen while remaining safe. For example, in the US, US$50 billion has been allocated to expand testing to buy rapid tests and increase laboratory capacity to support regular testing in schools so that they can safely reopen," it said.

"On top of that, buyers may need another few months to rebuild their inventory level. According to MARGMA (Malaysian Rubber Glove Manufacturers Association), glove demand is expected to grow by 15% to 20% per annum going forward. Prior to the pandemic, demand for gloves was growing by 8% to 12% per annum," it noted.