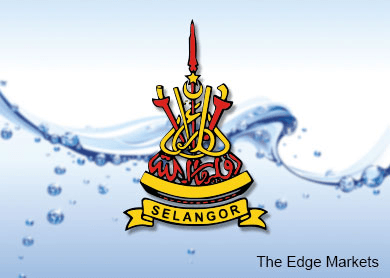 KUALA LUMPUR (Mar 13): Selangor and its people will be on the losing end if the state government fails to work things out with Putrajaya over the water restructuring deal, called off earlier this week, said former menteri besar Tan Sri Abdul Khalid Ibrahim.

Khalid, who had signed the controversial water agreement with Putrajaya last year when he was MB, warned that Selangor could also lose the opportunity to take over other water concessionaires.

"This includes the risk of losing the opportunity to take over the equity of four water concessionaires that have been milking sinful profit from the people based on a lopsided agreement, which failed to put the people’s interest as priority," he said in a statement today.

He said that the state government would not be able to continue its 20 cubic metre free water programme due to the lack of funds if it did not have full control of the water industry.

"This will also allow the concessionaires to execute the concession agreement, which would cause water tariff to increase by 52% in 2015. To make it worse, the state will have to pay water tariff increment arrears amounting to more than RM2 billion.

"It obvious that Selangor has so much to lose if it does not resume talks with the ministry and I hope that the state leadership will put the interest of the people before taking their next course of action," the Bandar Tun Razak MP said.

Khalid revealed that he had met with the Energy, Water and Green Technology Minister Datuk Seri Maximus Ongkili, who had assured him that the federal government was committed to implementing the water deal, for a "holistic restructuring" of the state water industry.

"On behalf of the people of Selangor, I call upon the federal government and Selangor state government to work out their differences to make for the implementation of Head of Agreement signed last year.

"I believe that the land ownership issue – which was cited as the reason for the state government to nullify the agreement – can be solved if all arguments are worked out at the negotiation table," he added.

"The people must also take note that the price for the equity takeover of the four concessionaires must not exceed RM9.65 billion as previously agreed.  Any price above that is akin to robbing the rakyat’s resources to enrich the greedy concessionaires."

Khalid was sacked from PKR last year over a host of reasons, which included his decision to secretly sign the water-restructuring deal with Putrajaya, without consulting Pakatan Rakyat leaders.

After it had granted Putrajaya an extension to the deadline for Putrajaya's compliance, Selangor revoked the controversial water agreement with Putrajaya inked by Khalid in September last year.

In doing so, Menteri Besar Mohamed Azmin Ali said that the federal government had failed to comply with conditions set by the state government.

“They (federal government) breached the agreement and did not honour it,” he said.

This had included Putrajaya's request for the land where water pipes would be laid, which Azmin believed would result in Selangor giving up sovereignty over its land.

But Ongkili said the request for land was to lease it for 45 years. His deputy Datuk Seri Mahdzir Khalid said the land was meant to be collateral for the RM2 billion that Putrajaya would give the state to help it take over four water concessionaires as part of the restructuring exercise.

Yesterday, Azmin said that he had asked Prime Minister Datuk Seri Najib Razak to mediate in the Selangor water impasse to find an immediate resolution.

The menteri besar said Najib had responded favourably to the suggestion.

"I hope that we (Selangor and Putrajaya) can sit down sometime next week (to discuss this). I told the PM that the ministry has to hold on to the spirit of understanding and that the master agreement cannot 'depart' from that principle."