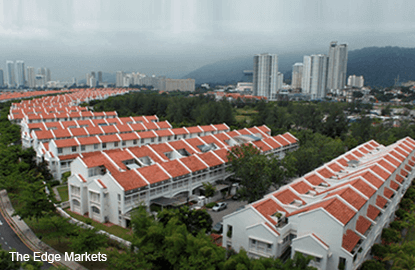 Property sector
Maintain neutral: According to news reports, the Selangor state government will freeze the approval for all applications of new property projects involving serviced apartment, small office home office (Soho), and small office versatile office (Sovo) submitted after Jan 1, 2016. The suspension is for a period of six months, pending the issuance of new planning guidelines for such developments.

This move has caught us by surprise. We believe the decision was made to prevent excessive supply of serviced apartment, Soho and Sovo amid the gloomy outlook plaguing the sector. According to statistics compiled by the National Property Information Centre, Selangor had 4,302 units of serviced apartment yet to be sold in the fourth quarter of 2015 (4Q15), with an incoming supply of 33,647 units. As for Soho, Selangor had 2,731 units unsold with an incoming supply of 9,623 units in 4Q15. Planned supply (projects with building plan approval but yet to be constructed) for serviced apartment and Soho stood at 7,692 units and 3,446 units respectively.

Based on channel check with developers under our coverage, we understand that their planned launches for 2016 will not be affected given that they had submitted the applications before the Jan 1 cut-off date. Furthermore, we gather that most of the new projects have already obtained development order and are ready for launch.

With that, we believe the six-month freeze will not have any significant impact to sales for 2016. However, we would be concerned if the freeze extends beyond June 2016. This, we opine, would affect the developers’ planned launches for 2017. A prolonged suspension would also result in a sudden shrink in supply and push prices upwards, thus adding pressure on an already weak market.

We maintain earnings forecasts, target prices and recommendations for all the developers under our coverage. The current weak consumer sentiment and less friendly mortgage packages are expected to weigh on property sales for 2016. The sector also lacks any strong rerating catalyst despite attractive valuations. The sector is currently trading at 8.8 times and 0.9 times calendar year 2016 earnings per share and book value per share respectively, versus the historical average price-earnings ratio and price-to-book value of 13.4 times and 1.6 times.

Our top picks for the sector are S P Setia Bhd (target price [TP]: RM3.66, “buy”) for large-cap, for its solid earnings visibility over the next 12 months and Glomac Bhd (TP: RM1.10, “buy”) for small-cap, in anticipation of higher dividend payout when it completes its land sale to Perbadanan PR1MA Malaysia. — TA Securities, March 14