Selangor Aviation Show shakes off pandemic blues, to return in 2022 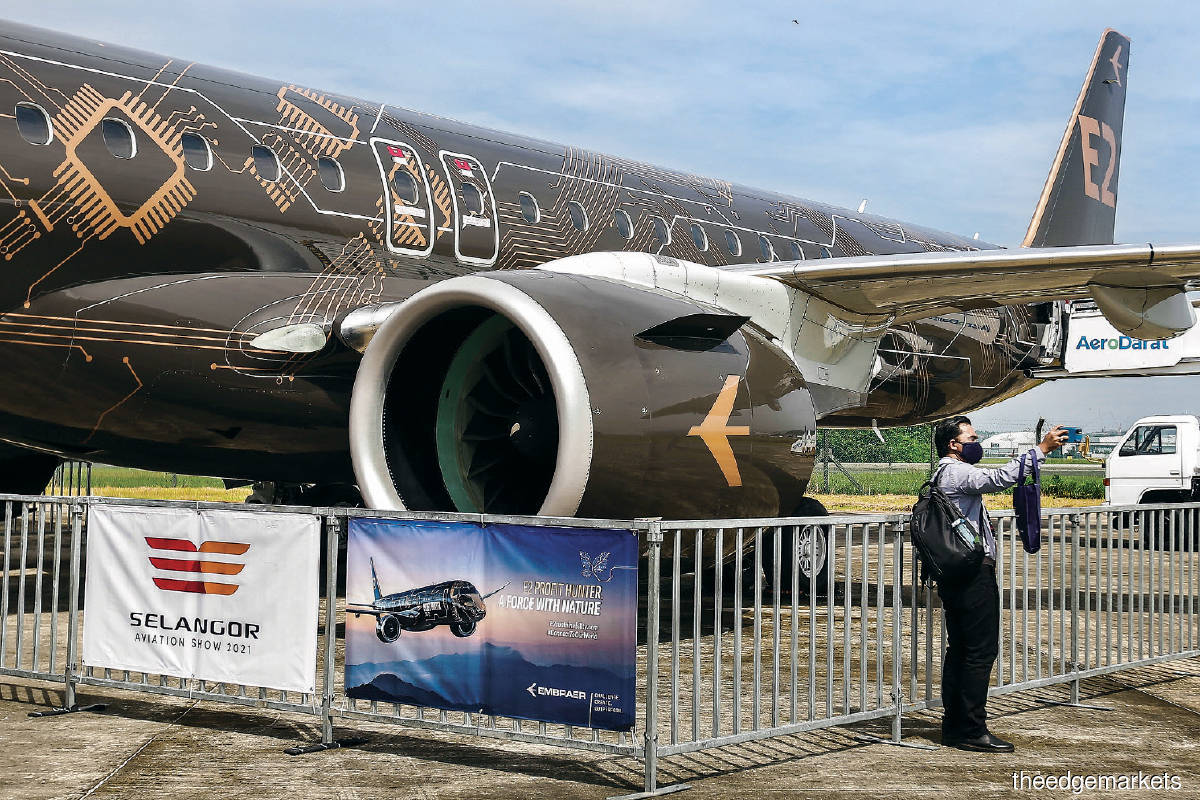 The static aircraft displays at SAS2021 proved to be popular with visitors. (Photo by Zahid Izzani/TheEdge)

Selangor state executive councillor for industry and trade Datuk Teng Chang Khim announced that the second Selangor Aviation Show has been scheduled for Sept 8 to 10, 2022, and has called on the aerospace industry to sign up early and make it even better than the just-concluded SAS2021.

“The Selangor Aviation Show from now on will certainly become a staple event within the state’s aerospace industry.

“I am happy to announce that during the tabling of the RM2.34 billion state budget for 2022 (on Nov 26), the menteri besar of Selangor granted a bigger allocation of RM5 million for the next edition of our Selangor Aviation Show in 2022.

“This allocation will certainly help us plan a bigger and bolder Selangor Aviation Show for all of you, next year,” he said in his speech during SAS2021’s closing ceremony held at Sultan Abdul Aziz Shah Airport recently.

Looking ahead, Teng noted that there are still a lot of upsides and positives to explore within the aerospace industry. Meanwhile, organiser Invest Selangor Bhd hailed SAS2021 as a success beyond its expectations, drawing a crowd of 4,987 visitors, almost achieving the target of 5,000 visitors.

This is especially as SAS2021 is a part of Invest Selangor’s initiative to give the aerospace industry a push towards recovery from the Covid-19 pandemic’s devastating effects.

Themed “Selangor, the Asean Business and General Aviation Hub,” SAS2021 focused on the business and general aviation industry, especially in Selangor, as worldwide data has shown this sector of the aerospace industry to be more resilient to the pandemic’s impact while its recovery is quicker and more sustainable than other sectors.

In a new report published by Global Jet Capital, there were 1.8 million business jet flights worldwide between January and July 2021, a 49% increase over the same period in 2020. Meanwhile, about US$13.88 billion (RM58.47 billion) worth of business jets were transacted worldwide from January to July 2021, compared with US$14.10 billion in the same period pre-pandemic in 2019.

Likewise, according to WingX Advance, a German business aviation consultancy, there were 77,051 business jet flights out of Asia-Pacific airports between January anf September 2021, a 42.7% increase over the same period in 2020. Of these flights, 46% were domestic and 54% international. Invest Selangor chief executive officer Datuk Hasan Azhari Idris said the aerospace industry has became one of the state’s key focus sectors over the last five years, with the establishment of the Selangor Aerospace Council. Through the council, the state also established a dedicated Selangor Aerospace Action Plan 2020-2030.

On why the state is pushing hard to promote business and general aviation at the Sultan Abdul Aziz Shah Airport, both Teng and Hasan Azhari echoed Selangor Menteri Besar Datuk Seri Amirudin Shari’s aspiration of unlocking the potential of the established “diamond in the rough” — the Sultan Abdul Aziz Shah Airport — to support and sustain growth in the aviation industry.

Among others, the strategic collaboration between Malaysia Airports Holdings Bhd (MAHB) and ExecuJet Aviation Group will see Dassault Aviation investing up to RM100 million through ExecuJet MRO Services Malaysia (ExecuJet) to set up a new MRO as a one-stop centre for business jets to carry out line and heavy maintenance and interior refurbishment. ExecuJet MRO Services became a member of the Dassault group of companies in March 2019.

The static aircraft displays at SAS2021 proved to be popular with visitors, with many photos and selfies taken and posted on social media. Among the displays were Embraer’s eye-catching E195 E2 Techlion regional aircraft, business jets, helicopters, small planes and for many, the irresistible drones.

Apart from indoor displays by exhibitors, the discussion sessions were also well received, with lively debates, especially for topics such as industry development, regulations and financing for the aerospace industry.