Sector Of The Year: All-round champion: The glove sector 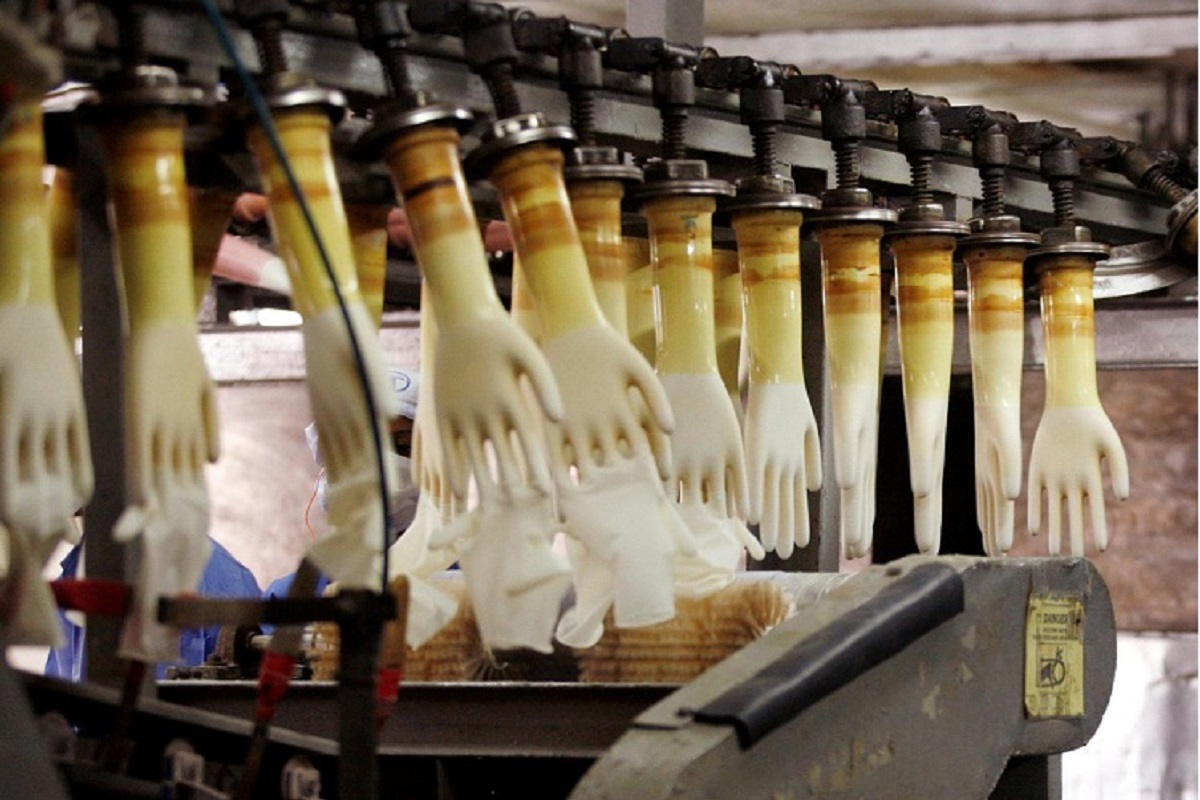 HAVING been the focus of the market for most of the year, glove stocks have brought great fortune to many investors. Notably, the Healthcare Index on Bursa Malaysia has leapt about 200% since early this year.

While Malaysia confirmed its first Covid-19 case on Feb 4, the glove rally only began to emerge in March when more countries were put under lockdown in an attempt to contain the rising number of coronavirus cases.

Within a short span of time, glove makers saw a huge jump in global demand as more gloves were used in the healthcare system. Average selling prices shot up, with a longer lead time for glove deliveries.

To address rising demand, glove players have been expanding their production capacity. Just last Monday, Supermax Corp Bhd announced that it would be setting up a new subsidiary in the US to manufacture medical gloves and other personal protective equipment.

Owing to the excessive valuations, glove stocks encountered their first setback in June when certain brokerages imposed margin financing caps on their shares to curb the persistent spike in share prices. But this did not suppress investor appetite for the stocks, which were trading at trailing price-earnings ratios (PERs) of more than 100 times at one point as earnings had not been reflected. There has always been scepticism about the sustainability of their share prices. Affin Hwang Capital’s July 21 report, which said the fair value of Top Glove Corp Bhd could surpass RM110 based on a PER of 52 times, even sparked a heated debate.

At the height of the glove craze, Top Glove almost overtook Malayan Banking Bhd (Maybank) as the largest company on Bursa in terms of market capitalisation. Their market capitalisation gap had narrowed to about RM8 billion by early October from RM85.09 billion on Dec 31, 2019.

Maybank, along with other banking stocks, were trading at depressed levels due to the gloomy economic outlook and a one-off provision arising from non-accrual of interest/profit on deferred instalments of hire purchase and Islamic fixed-rate financing under the six-month loan moratorium that started in April.

Though Top Glove did not make it to the top spot, the glove sector has become a heavyweight on Bursa, more so after Supermax joined its bigger rivals — Top Glove and Hartalega Holdings Bhd — as an FBM KLCI component stock.

As the share prices of glove makers rallied to record highs, bonus issues were proposed by Top Glove (two-for-one), Supermax (one-for-one), Kossan Rubber Industries Bhd (one-for-one) and Rubberex Corp (M) Bhd (two-for-one) to increase the liquidity of their shares — in a way making them more attractive to investors.

Year to date, Careplus Group Bhd — the only glove maker listed on the ACE Market — has been the top gainer among glove stocks, with a surge of more than 1,000%. It was trading below 30 sen early this year before rising to its all-time high of RM5.83 in August. At its close of RM2.42 on Dec 18, the counter had more than halved from its peak.

As for the other three of the big four glove stocks, Hartalega and Kossan saw better earnings growth quarter on quarter (q-o-q) compared with Supermax for the quarter ended Sept 30. The rally in glove stocks also drew investor interest to their structured warrants, including put warrants, which had the investing fraternity perplexed as put warrants are supposed to be bear market tools.

However, the sentiment in glove stocks has been dragged down by the encouraging vaccine developments, with the Pfizer and Moderna vaccines granted approval by the US Food and Drug Administration.

This has led to the valuation of glove stocks declining drastically, particularly after they reported their record-breaking earnings. Top Glove, for example, is barely trading at a 12-month forward PER of 5.4 times, the lowest among its peers Hartalega (17.2 times), Kossan (13.1 times), Supermax (6 times), Rubberex (9.1 times) and Comfort Gloves (7.1 times).

The recent selling pressure on Top Glove shares was also triggered by JP Morgan recommending a much lower fair value of RM3.50 on the stock, citing the passing of a supernormal growth cycle for glove makers in anticipation of a huge oversupply in the market, as glove demand decelerates in tandem with the pace of testing for Covid-19. Its fair values for Hartalega and Kossan are also lower at RM8.50 and RM3.80 respectively.

The glove sector has been plagued by environmental, social and governance concerns following the rise in Covid-19 cases among Top Glove workers. At the same time, the infections have uncovered the company’s crowded and uncomfortable worker dormitories, which lack proper ventilation.

The Ministry of Human Resources has opened 19 investigation papers against six companies related to Top Glove for failure to apply for an accommodation certificate from the authorities. So far, more than 5,000 of its employees have tested positive for Covid-19.

In view of the outbreak, PublicInvest Research recently downgraded Top Glove, with a lower target price to RM7.30 from RM9.70. Operationally-wise however, the research house believes that Top Glove will continue to deliver record-breaking profits for the coming quarters as average selling prices are expected to increase by another 30% q-o-q in the second quarter ending Feb 28, 2021 (2QFY2021).

Owing to a surge of Covid-19 cases among its workers, Top Glove had to temporarily shut down its 28 factories in Klang, Selangor, last month. This represented 50% of its total production.

CGS-CIMB Research says in a Dec 15 note that it has an “overweight” call on the glove sector, given its strong earnings prospects and the shortage of rubber gloves globally due to increased usage in the medical field as well as in non-medical industries. “Though we expect mass rollouts of Covid-19 vaccines in 2021, we believe the glove shortage will persist; glove makers continue to highlight that their capacity is fully taken up until at least 1Q2022.

“Due to the supply shortage currently, we gather that certain glove buyers are willing to lock in large volume orders at a premium to current average selling prices to ensure sufficient glove supply next year.”

In a bid to support its share price, Top Glove has spent more than RM1 billion since September for its share buyback exercise, at a time when the Employees Provident Fund (EPF) has been paring its stake in the company — to 5.28% from 5.97% in early December.

Not only that, Tropicana Corp Bhd, in which Top Glove founder and chairman Tan Sri Lim Wee Chai has a 11.07% stake, also acquired 78.47 million shares or a 0.14% stake in the glove maker recently. But the decision has raised eyebrows, even though Lim did abstain from deliberating and voting on the deal.

As beneficiaries of Covid-19, some glove makers are now considering overseas listings to diversify their investor base. Top Glove, which is currently dual-listed in Malaysia and Singapore, is contemplating a dual primary listing on the Hong Kong stock exchange while Supermax is said to be eyeing a dual listing on the Singapore Exchange.

Although investors are lightening their positions in the pandemic play, bargain hunting is expected to continue for glove stocks in view of the resurgence of Covid-19 cases in various countries.

All eyes are now on how the valuation of glove stocks will be gauged over the next few months before a mass coronavirus inoculation drive kicks off globally.