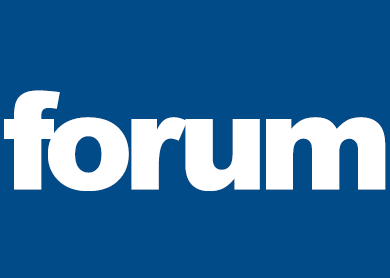 AFTER 20 months of hard work, the National Unity Consultative Council (NUCC), formed by Prime Minister Datuk Seri Najib Razak, chaired by Tan Sri Samsudin Osman and mandated to propose a national unity blueprint, has completed its task. Its report is waiting to be presented to the Cabinet.

Prepared by a team led by Prof Datuk Dr Shamsul Amri Baharuddin, the report is comprehensive. It recognises that Malaysia is unique as it is a multiethnic, multicultural and multilingual society. The majority understand, appreciate and accept unity in diversity. Indeed, to them, this diversity is our strength and, therefore, we must strive to preserve it, ensuring justice, fairness and inclusiveness.

The communities in the country collectively experience both “moments of unity” and “moments of difference” that are articulated in the way we appreciate and understand history, current developments and future aspirations.

This necessitates the strengthening of the culture of dialogue as a way to iron out differences and to seek convergence in the light of the heightened level of public contestation as a reaction to ethnic, religious, linguistic and cultural issues raised. These contestations reflect the sense of distant and distrust among individuals and groups, which have to be addressed.

The highlight of the report is the nine key outcomes or salient points:

1. Increased levels of consultation between ethnic and religious groups in Malaysia. A more holistic and inclusive approach is needed to bring about better understanding between different communities. This will help create greater social cohesion and national unity.

4. Establish non-judicial mechanisms for mediation and conflict resolution. Every Malaysian should have access to this mechanism and feel confident that the process is just, fair and transparent.

5. The bottom 40% of all communities must have full access to public-sector services. Every Malaysian, irrespective of ethnic, religious, political and locational backgrounds, as well as gender and sexuality, must feel he or she is treated as a fellow human being and citizen of Malaysia.

6. Improved commitment to ethnic and gender diversity in recruitment and promotion in the workplace, both in the public and private sectors.

7. The understanding and appreciation of multiethnic cultures among communities, including proficiency in Bahasa Malaysia and other communities’ languages, need to be strengthened.

8. Ethnic relations and national unity are regularly monitored and reviewed.

As some of the NUCC members are also participating in other committees or platforms, several of the key outcomes are already or partially adopted in other policies and programmes.

For example, the problems of the “bottom 40%” have already been acknowledged in the 11th Malaysia Plan and the “understanding of the Federal Constitution” supports the programmes under MyConsti.

The biggest test of the NUCC report is the one that asks the tough question regarding laws, policies and mechanisms on hate speech, conflict resolution and unfair discrimination. Specifically, this is about the proposed National Harmony Act.

The components are, firstly, to ensure equality and to prevent unfair discrimination on the grounds of religion, race, descent, place of birth, gender or disability. And secondly, to provide a private law remedy for unfair discrimination through the establishment of a National Harmony and Reconciliation Commission.

But the completion of the work of the NUCC is not really the end of the actual work of strengthening social cohesion and national unity. There remain several major concerns. Among them are the implementation of the term “bumiputera”, ratification of the International Convention on the Elimination of All Forms of Racial Discrimination, making our Parliament more people-centred and the never-ending politics of race.