SEB to sell off stake in associate for RM10m 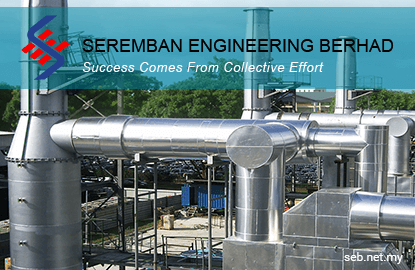 KUALA LUMPUR (July 22): Seremban Engineering Bhd (SEB), which is primarily involved in the provision of designing, engineering and maintenance works for the palm oil, oil and gas, and food processing industries, plans to sell off its entire 40% stake in loss-making associate Selekta Spektra Sdn Bhd for RM10 million, cash.

The proposed stake disposal is expected to net SEB a one-off gain of RM1.28 million, based on the audited accounts of Dec 31, 2014, is RM1.28 million, which will be used for its working capital, said SEB in its filing to Bursa Malaysia today.

The completion of the agreement is conditional upon the approval of Selekta Spektra and SEB’s board of directors respectively for the sale within three months of the SSA.

SEB said the purchase price was based on a return of 10% to the total investment of RM9.1 million in Selekta Spektra, which is principally engaged in the provision of landfill services, waste pre-treatment and waste excavation services.

SEB said the purchase price for the stake is "fair and reasonable" as Selekta Spektra has not been profitable since SEB invested in the company on May 3, 2012, and that there is no synergistic value to its investment.

SEB also said there was never a return in the form of dividend since SEB invested in Selekta, noting that based on the audited financial statements of Selekta Spektra for year ended Dec 31, 2014, the company had recorded a net loss of RM60,465 while net assets stood at RM4.51 million.

Barring any unforeseen circumstances, the proposed disposal is expected to be completed by the third quarter of 2016.

It is also expected to contribute positively to the consolidated earnings of SEB by 1.61 sen per share for the financial year ending Dec 31, 2015.