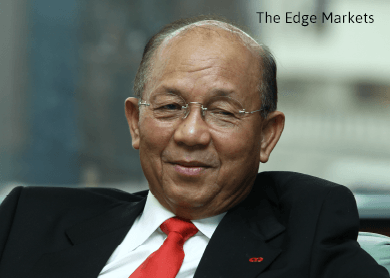 KUALA LUMPUR: Priority will be given to local candidates to lead AMMB Holdings Bhd (AmBank Group) as it continues to search for a new managing director (MD) following Ashok Ramamurthy’s departure, said the group’s founder and chairman Tan Sri Azman Hashim. Azman said the group is “still looking” for a suitable candidate for the post.

“Our priority is local, but we will not limit ourselves to that. We want to get the best person for the job,” he told reporters on the sidelines of the Human Resource Knowledge Bazaar and Conference 2015 yesterday. Azman is the chairman of the Asian Institute of Chartered Bankers.

On whether the bank has shortlisted any candidates, Azman said it is an ongoing process. “This is something we cannot delay too long. We hope it can be done as soon as possible.”

AmBank Group previously announced in late January that Ashok would step down as group MD and resume his career in a senior executive role at Australia and New Zealand Banking Group Ltd (ANZ). It had said that Ashok’s departure was part of a planned transition that would see him rejoin his family in Melbourne, Australia.

Ashok joined the local banking group in 2007 as a representative of ANZ and was chief financial officer (CFO) in the same year the Australians emerged as a strategic partner and major investor of AMMB.

In October 2008, Ashok was appointed to hold dual roles as deputy group MD and CFO and succeeded veteran banker Cheah Tek Kuang as group MD of AMMB when the latter retired on April 1, 2012.

ANZ is one of AmBank Group’s largest shareholders.

AmBank Group closed down six sen or 0.92% at RM6.44 yesterday, giving it a market capitalisation of RM19.41 billion. 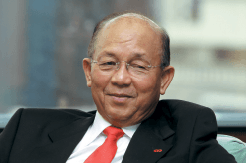