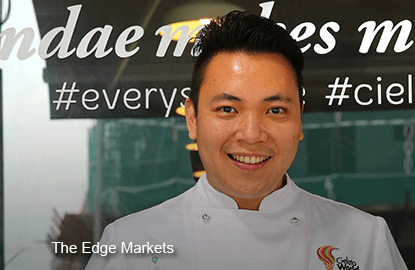 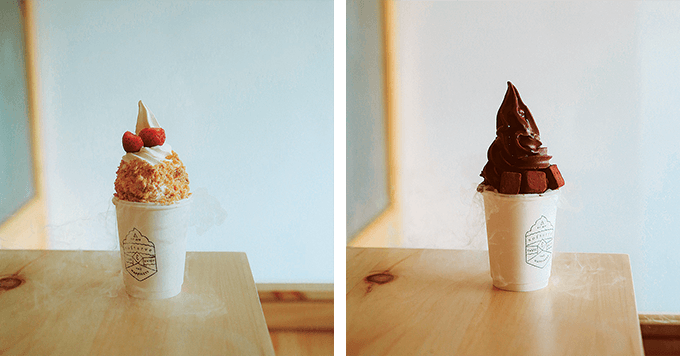 MOST Malaysians have been exposed to soft-serve ice cream at some point in their lives, most likely McDonalds’ famed sundaes, which used to come in basic flavours of vanilla, chocolate or “twist”, which was a mix of both. At just RM1, it was cheap yet delicious, and was never marketed as a premium ice cream, although it had great potential of being innovated upon and made into a flurry of whacky flavours.

Today, all one has to do is to walk around a shopping mall, and one will invariably stumble across Malaysia’s latest dessert craze: artisanal soft serve ice cream. From brands being brought in from South Korea and the United States to locally made goodness, everyone seems to be jumping on the bandwagon. After all, who doesn’t love a delicious ice cream on a hot, steamy day?

Softsrve and Every Sundae by Cielo Dolci, both located at Damansara Uptown are the latest entrants into this wild frenzy, although they differ in that Every Sundae serves soft serve gelato instead of ice cream. Gelato is well known for being denser than ice cream because of its lower air content, but Ong Kee Win, founder and productions and operations manager of Cielo Dolci, has managed to whip some up soft-serve style by serving gelato at a higher temperature.

“Gelato is a healthier alternative to ice cream. It has a fat content of less than 10% because it’s made with more milk than cream,” Ong explained.

Every Sundae has also managed to make its soft serve gelato 100% natural, free from preservatives and made from scratch using as many local ingredients as it can find. As a result, the flavours are rotated every few months, and there are four flavours at any one time.

Every Sundae not only serves some truly interesting flavours; it has a range of interesting toppings, too. From cotton candy to honeycomb, strawberry meringue and sesame brittle, guests can pick and choose from a host of toppings and sauces to go with their soft serve gelato. Every cup of gelato is perfectly crafted, and the precision and care that are put into the presentation of everything that it serves are very obvious. 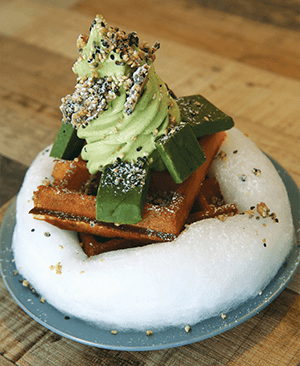 For example, the cotton clouds (cotton candy) are wrapped around the ice cream cone, creating the look of a floating cloud. The honeycomb, sesame brittle and matcha white chocolate are made from scratch as well, and are works of art in their own right. They even taste delicious enough to eat on their own, sans ice cream.

Softsrve, on the other hand, is an establishment that takes a rather more traditional take on soft serve ice cream. Founded by four friends, Amily Chong, Redmond Ho, Jack Liau and Terrence Tea, Softsrve offers three flavours: cereal milk, their most popular, deep chocolate and oolongcha.

“The demand has been crazy. We sell all of our ice cream daily, and are now just producing enough to meet demand. When we first opened in February, we found it very difficult to cope with the demand because we make our ice cream fresh in-house daily,” said Chong.

Surprisingly, the brains behind Softsrve have no training in culinary arts whatsoever — they’d all graduated with degrees in design and e-commerce. Their entire knowledge on how to make ice cream comes 100% from Google, and months and months of trial and error.

“It took us nine months to perfect our flavours, get the right ingredients and so on. Obviously, there are many recipes that you can find online, but the key is to tweak them to suit the local Malaysian tastes. For example, Americans love very sweet ice cream, but Malaysians don’t, so we had to take that into account,” Chong explained.

One thing that sets Softsrve apart from the rest is its innovative use of dry ice — each cup of ice cream is served on top of a larger cup containing dry ice to help keep the ice cream from melting so quickly. Since soft serve ice cream is generally served at a higher temperature than regular ice cream, it is a constant battle for operators to keep it from melting in our hot tropical weather, so Softsrve’s practice of serving ice cream in cups filled with dry ice has worked out perfectly.

Like it or hate it, the soft serve ice cream craze seems to be gearing up to become Malaysia’s latest dessert trend. Whether or not it’s a revolutionary change in the ice cream industry that’s here to stay is anybody’s guess, but in the meantime, there is no shortage of new stores popping up all over the country, with everyone hoping to tap this lucrative new market.

Softsrve is located at 31 Jalan SS21/1A, Damansara Utama, Petaling Jaya, and is open from Tuesday to Sunday from 12pm to 11pm. For inquiries, email [email protected].