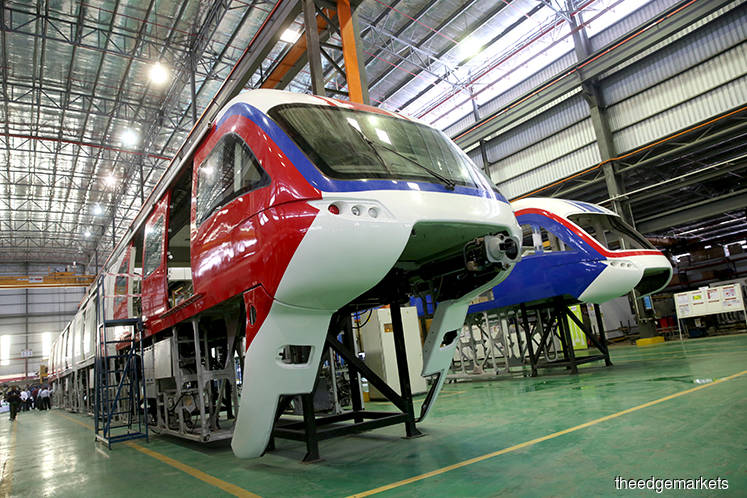 In a statement on Bursa Malaysia, Scomi Group said the completion agreement is conditional upon PMB issuing an acceptance certificate after the expiry of a monitoring period following the completion of remedial works to put five four-car monorail trains into revenue service.

“The works [for the seven four-car vehicles] are to be completed within 18 months from the issuance of a notice to proceed by PMB. STP shall provide PMB with a design guarantee bond and an endemic defects bond, in the form of on-demand bank guarantees each for 2.5% of the completion agreement sum to cover five years commencing from the system acceptance certificate’s issuance [as defined in the contracts].

The trading of Scomi Group shares was suspended from 9.30pm to 12.30pm yesterday in conjunction with the announcement of the agreement. After trading resumed, the stock closed two sen or 33.33% higher at eight sen apiece, with a market value of RM76.82 million.