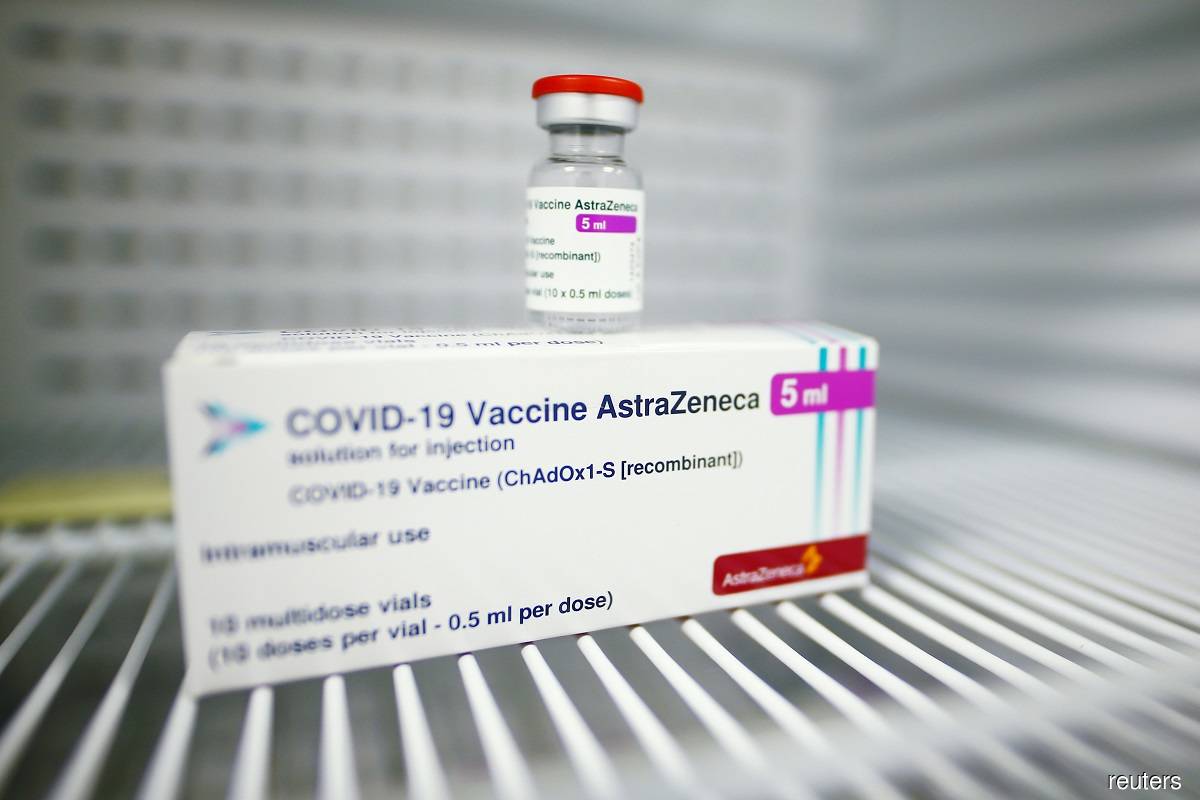 CHICAGO (March 19): Scientists are exploring several possibilities that might explain at least 18 reports of extremely rare blood clots in the brain that occurred in individuals in the days and weeks after receiving the AstraZeneca COVID-19 vaccine.

European investigators have put forward one theory that the vaccine triggers an unusual antibody in some rare cases; others are trying to understand whether the cases are linked with birth control pills.

But many scientists say there is no definitive evidence and it is not clear whether or why AstraZeneca's vaccine would cause an issue not shared by other vaccines that target a similar part of the coronavirus.

The European Medicines Agency said a preliminary review suggests the vaccine is not associated with an increase in the overall risk of blood clots. But it did not rule out an association with rare cases of blood clots in vessels draining the blood from the brain known as cerebral venous sinus thrombosis (CVST).

Researchers in Germany and Norway, where some of the cases have been reported, this week hypothesized that the vaccine could be triggering an immune response in which the body produces antibodies that could result in blood clots.

Professor Paal Andre Holme of Norway's Oslo University Hospital, which treated three healthcare workers with severe blood clots after they received the AstraZeneca vaccine, told a news conference on Thursday that "we've made discoveries" that could "explain the clinical progression of our patients."

Holme warned that the findings were preliminary. "This is only the beginning of all the research that is being done," he said. He did not release any data supporting his hypothesis.

A team of German researchers at Greifswald University Clinic on Friday said they came to a similar conclusion. If proven correct, there may be a way to treat the condition, the scientists said.

EMA researchers on Thursday said they are undertaking several investigations to determine whether the rare blood clots might be linked with the vaccine, or occurring by chance. They noted that many of the events occurred in younger women.

CVST, though rare, has been associated with pregnancy and the use of oral contraceptives. "That's one of the things that we will be further investigating in the near future," said Sabine Straus, chair of EMA's safety committee.

EMA also intends to investigate whether those who developed the condition had been infected previously or at the time of the vaccine with COVID-19, which can cause blood clots.

Several U.S. vaccine experts remain cautious about the antibody hypothesis and said the high level of publicity of the events could be causing more clinicians to report the condition than normal, which would make it appear that the events are related to the vaccine.

AstraZeneca's vaccine has received emergency use authorization in 70 countries, but it has not yet been approved in the United States.

The U.S. experts also question why such events would occur only at increased rates with the AstraZeneca vaccine and not the vaccines by Pfizer Inc and BioNTech SE, Moderna Inc, Johnson & Johnson and Russia's Sputnik V vaccine - all of which are intended to produce antibodies aimed at the "spike" portion of the coronavirus that it uses to enter cells.

Like the J&J and the Sputnik vaccine, AstraZeneca's uses a non-replicating cold virus known as an adenovirus to deliver spike proteins into cells and produce an immune response.

"We'll have to see when (German and Norwegian scientists) submit a peer-reviewed publication and the scientific community can review it," said Dr. Peter Hotez, a vaccine researcher at Baylor College of Medicine in Houston. "There's no reason why the AstraZeneca vaccine would do this whereas the others, including the adenovirus-based COVID-19 vaccines, wouldn't."