From The Edge
Retail + Marketing

The science of going viral

NEARING the end of 2013, YouTube went abuzz with yet another viral sensation — a video that garnered 17 million views in just three days. As of today, views for Volvo’s “Epic Split” Live Test ad video featuring Belgian action star Jean Claude Van Damme has hit over 77 million views on YouTube — and has been shared up to over 300,000 times, also from YouTube.

Yet it was not an unforeseen runaway viral hit many thought it to be. Volvo may not have anticipated the huge buzz its final ad video generated, but it had certainly set out from the beginning to engineer a campaign that would increase exposure beyond their core audience — to widen the appeal for its new line of trucks.

“It doesn’t just happen,” said Naga DDB digital strategist Caroline Wong, as she pointed out that a lot more effort usually goes into creating something that takes the digital world by storm. “For that campaign to go viral, they actually spent a lot of money for their first [few] million views,” she added.

What corporate clients used to think of as a “free form of advertising” through social media, or an afterthought from whatever’s left in their budget — is finally turning around, according to representatives of creative agency Naga DDB.

Fellow digital strategist Lo Wei Tzen highlighted that in the last three years, brands have increasingly shifted their budget towards digital marketing strategies in a campaign. At Naga DDB, he stated that the overall involvement for digital marketing components would now be as close as 50:50 in ratio.

But they’re not celebrating just yet, as both Lo and the advertising agency’s business development director Kristian Lee said that there’s still more convincing and “educating” to be done.

For one, the digital marketing game is much more complex and ever-evolving. What creates success is variable, its return of value can be tough to gauge. Where traditional marketing is all about “eyeballs”, the question of what do the “likes” and “shares” on social media translate to is still an open end.

Lo cited an example of how the number game may work on social media.

“If a particular brand puts up a post, you [may] think one million followers in their network is impressive, but only less than 1% of that see the post.”

He referred to Facebook, explaining that its tweaked algorithm allows them to gain control and limit reach in order to hold the power to monetise.

“So actually the bigger your base, the smaller the number who may see it.”

Nevertheless, he believes that reliance on digital marketing is only going to increase. “Our smartphone penetration is now probably at 144%, as most people carry more than one device,” said Lo, “And it’s no longer dominated by just the younger adult or teenage market.”

The highly-targeted and measurable nature of digital strategies also mean ease of tracking traffic, not to forget the visibility of consumers’ interaction and engagement with a particular brand or product — which form digital marketing’s quantification of “eyeballs”.

The spill-over from that is a collection of “very valuable” data for brands to create multi-faceted and targeted campaigns.

Part of the challenge for brands and creative agencies now is to predict potential reactions and respond immediately when a campaign rolls out.

“People are only interested in whatever’s trending at the moment,” said Lee, due to short attention span and busy lifestyles these days.

“From an agency’s standpoint ... our campaigns are under immediate scrutiny. It can switch around in the blink of an eye ... ” he continued.

The “real-time” nature of online also means the formula of just dictating to the consumers is no longer effective, as communication in the digital world goes two-way. Response time is now immediate and campaigns can unfold in a matter of hours. “Your clients can come back to you and say ‘this is not working for me at all’,” added Lee, and it would be up to agencies to have options ready.

Agencies have also realised the power of tapping into whatever is trending or relevant. During National Day last year, both telecommunications giants DiGi and Maxis presented a video campaign with a similar message.

Awkward coincidence aside, Lee pointed out that it was a good example of the “power of an insight”, which can rouse the digital world to response.

As Wong emphasised, “There must be certain elements in the content that is evocative and timely.”

For agencies and brands, however, “viral” needs to translate to tangible returns. So did Volvo actually sell more trucks? It was reported at the end of 2013 that Volvo Trucks saw a 31% increase in truck deliveries compared to the year before. However, reports such as the Wall Street Journal questioned the correlation to its advertisement campaign.

The company’s public relations director Anders Vilhelmsson, shared with Adweek that a survey conducted with commercial truck owners and buyers showed an all-round escalation in conversation and interest in the product.

In observing what is to come with the digital marketing sphere, Naga DDB’s analysts highlighted that the top industries leveraging on digital marketing are telecommunications, travel and automotive, while they (the analysts) anticipate a potential in fast-moving consumer goods brands in exploring the digital medium.

The gap between the traditional and digital mediums are also increasingly narrowing, with agencies bringing in more digital talents, a sign of integration.

“Now we can see agencies coming back together, as clients, more often than not, looking for one point of contact,” explained Lo.

On why it is only practical, he added: “If you look at it as a whole, [it’s still] the idea first, the medium of execution comes after.”

So can one really create a viral campaign?

He summarised: “You can attempt to create something that you hope can go viral, but you can’t create a viral piece of media.”

At the end of 2014, Naga DDB invited renowned digital tactic consultant Jesper Astrom of the famous digital media institute Hyper Island to conduct a workshop in Kuala Lumpur with various marketers and agencies on the “Future of digital: The science of viral”.

They broke down the ingredients for going “viral” into five C’s — creativity, conformity, charisma, challenge, cheating — pointers to create that content that would bring out a story, to help it push the message out there, to make it evocative and “real-time”, said Wong. 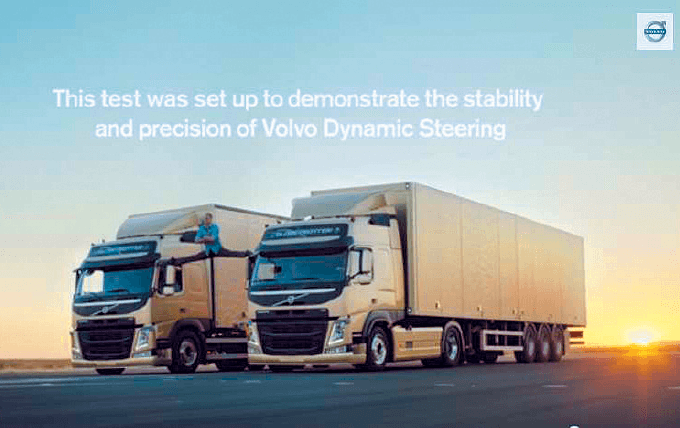 This article first appeared in The Edge Financial Daily, on March 3, 2015.