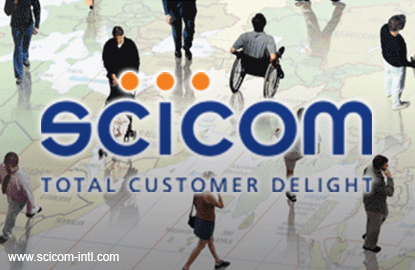 Scicom recently became the call centre provider for SriLankan Airlines, according to reports by Sri Lankan media. In the financial year ended 30 June 2016, 0.7% of the group's revenue came from Sri Lanka while the biggest contributors of revenue by country were Malaysia (55.4%) and Philippines (32.1%).

In addition to strengthening its BPO presence in Sri Lanka, Scicom also expressed interest in moving into e-government services in Nepal, Cambodia and Laos.

"There's more opportunity in these markets because they're quite constrained in terms of their budgets.

"And we are very cost competitive," Ariyanayakam said, adding that the group had was gaining some traction in Cambodia.

While Malaysia has been a "springboard" for the company, Ariyanayakam mentioned that although there is still room to grow, the country remains very competitive.