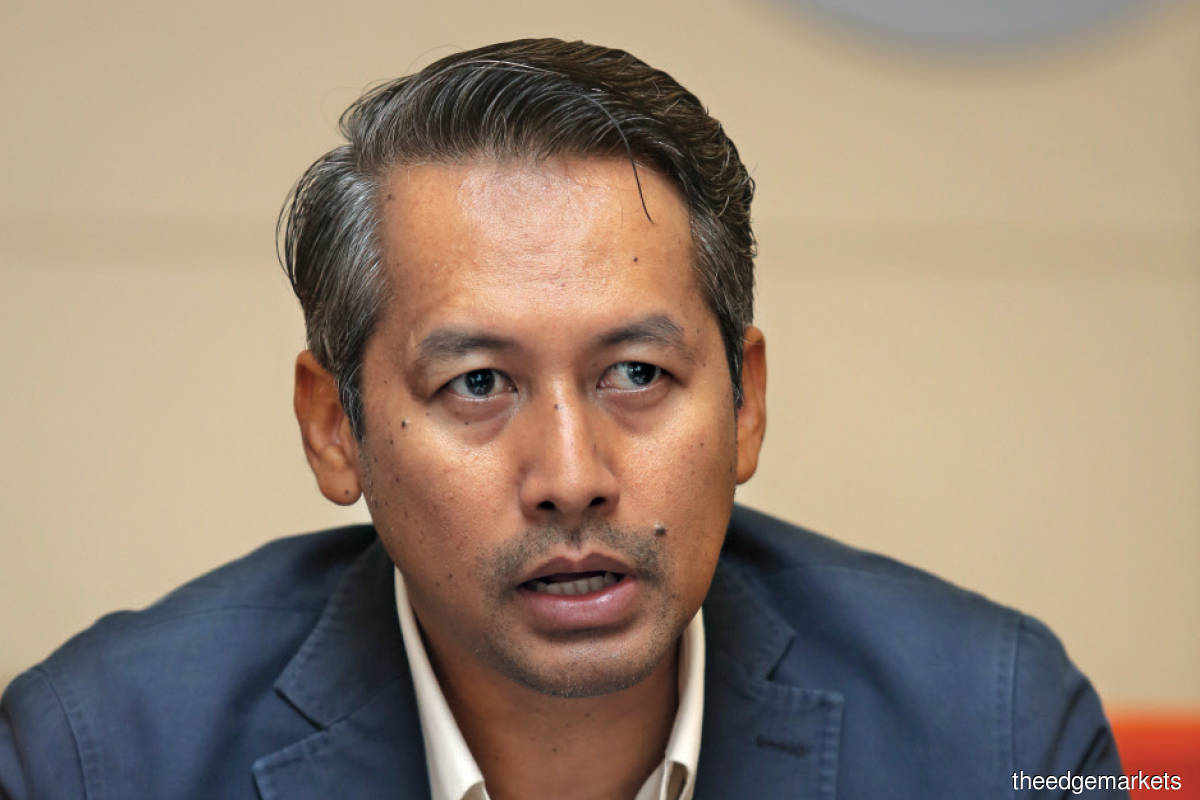 “Yes, we are currently embarking on a fundraising exercise. We are working on a private placement and finalising some of the terms with our investment banker. Hopefully, they will be finalised within a month or two,” SCIB group managing director and CEO Rosland Othman told a webinar organised by Rakuten Trade on March 23.

“We are also talking to banks (for loans) and have received good (financing) offers from local banks. These will be pooled together to support our projects moving forward.”

Rosland, in an email response to questions from The Edge, says SCIB is constantly evaluating the financial strength of the group and exploring the capital options available either from equity or debt. Asked why SCIB is not opting to raise equity via a rights issue, Rosland says the group had already obtained the shareholders’ mandate at last year’s annual general meeting to issue up to 20% of the company’s total issued shares.

“This would enable us to raise funds to meet the group’s immediate funding requirements. Further, after the placement, public shareholding will increase and this will improve the liquidity of SCIB shares,” he adds.

“Any decision made for the upcoming corporate exercise will take into consideration various factors, including the progress of projects on hand, the requirement to secure potential projects, our expansion plan and long-term strategy and the financing rate. The funding support granted to the company should lead to growth and better performance. The management remains committed to driving the company towards a brighter future,” he says.

In June last year, SCIB had placed out 36.75 million new shares, or 42.8% of its existing issued share capital, at an issue price RM1.82. Together, Rosland and SCIB non-executive chairman Datuk Mohd Abdul Karim Abdullah had acquired more than 32% of the new placement shares. As at March 8, 2021, Abdul Karim was SCIB’s largest shareholder, with a 36.02% stake, while Rosland held 7.81%.

Recently, SCIB completed a three-for-one bonus issue of up to 367.9 million new shares with free warrants to reward its shareholders.

The group has set an internal order book target of RM3 billion by the end of this financial year ending Dec 31, 2021 (FY2021). Its outstanding order book currently stands at RM2.4 billion.

“Based on the tendering and negotiation status, the management is optimistic that the RM3 billion order book target by the end of FY2021 is achievable. Our current tender book stands at RM4 billion and the average success rate falls within the range of 20% to 30%,” says Rosland.

This year, SCIB plans to spend between RM10 million and RM12 million, of which RM2 million will be used to set up a ready-mix concrete plant and the rest for 3D printing technology, industrialised building system (IBS) lightweight system and a new batching plant.

“This (investment) will help us to expand our products and services to our clients. We are now in Oman, Qatar and Indonesia. And in Peninsular Malaysia, we have projects in Terengganu and Perak,” Rosland says.

“We are targeting to build the ready-mix concrete plant in Pengerang, Johor, on a land [parcel] of approximately two acres this year, which can produce between 180,000 and 220,000 cu m of concrete per year to support existing and potential work orders in the peninsula.

“The main objective of the ready-mix concrete plant is to cater for piling activities for a project that was awarded to SCIB amounting to RM43 million in Pengerang. In addition, we are also looking for potential supply to third parties,” explains Rosland. Currently, SCIB operates three factories in Kuching, Sarawak — one in Pending Industrial Estate and two in Demak Laut industrial park.

SCIB’s net profit surged 1,556% to RM52.17 million in FY2020, with revenue rising 500% to RM516.02 million, driven by its construction and engineering, procurement, construction and commission segment. However, its manufacturing sales were impacted by the operational disruption during the first Movement Control Order (MCO) in March last year, which reduced the demand for its precast concrete products.

The growth rate in FY2020 was also reflective of a low base effect from previous earnings, Rosland says, noting management’s guidance of a 15% to 20% year-on-year growth in net profit and revenue going forward.

As international borders remain closed, the group partners with local teams to execute on-site works and has its project manager monitor closely the overall condition as well as planned progress of overseas projects, he says.

“Top management has also been actively engaging with clients and the project team on an ongoing basis and catching-up efforts have been satisfactory, hence we are largely on track.”

On its outlook for 2021, Rosland says the industry is resilient in segments where SCIB is strategically exposed to, as they are driven by public initiatives and private investments.

As the largest precast concrete and IBS manufacturer in Sabah and Sarawak, he says, prospects for the group are positive, with state-funded people-centric construction projects that will be rolled out in phases. These include the second trunk road, coastal road, Project Rumah Mesra Rakyat, Sekolah DAIF Sarawak, a government hospital and health clinic, and the Sarawak Water Supply Grid Programme.

“Underpinned by the group’s strong foothold in Sarawak, we are confident that we can continue to contribute further to the state’s development by tapping localised advantages.

“Under Budget 2021, there is an allocation of RM4.5 billion proposed for Sarawak to build and upgrade water, electricity and road infrastructure, and health and education facilities,” says Rosland regarding the group’s optimism on the construction landscape.

Still, he notes, SCIB knows the importance of diversification and does not solely rely on the domestic market only. It has ventured into markets such as Indonesia and the Middle East by employing the resources and experiences of its key management.

“This has borne fruit, as evidenced in the projects secured. The group also sees vast opportunities to benefit from the relocation of (Indonesia’s) capital from Jakarta to Kalimantan, the infrastructure requirements from Qatar’s hosting of the FIFA World Cup 2022 and from the United Arab Emirates’ organising the World Expo, as well as the development of a Special Economic Zone, which has attracted international investment flow into Oman.

“Of these opportunities, the group is eyeing a mix of 50% domestic jobs and 50% international jobs,” he says.

SCIB’s stock has gained 33% in the last 12 months to close at RM1.70 last Wednesday. Its market capitalisation stood at RM838.94 million, still short of the RM1 billion target it hopes to achieve by 2022.