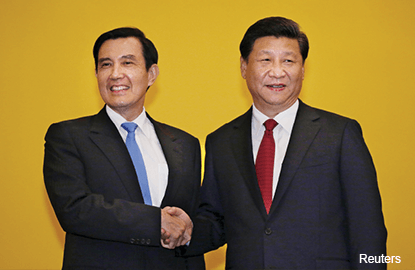 This article first appeared in The Edge Financial Daily, on November 9, 2015. 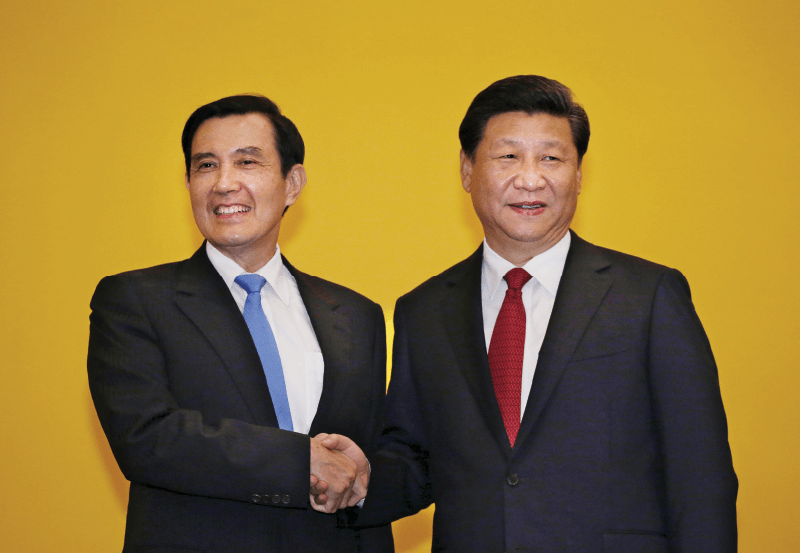 THE summit between the presidents of China and Taiwan promised warmer ties, and was loaded with historic symbolism as both men sought to secure their legacy — but there were few concrete results in their bid to mend decades of estrangement.

China’s Xi Jinping and Taiwan’s Ma Ying-jeou shook hands for more than a minute to herald the start of a meeting once unthinkable due to the enmity between the two sides.

Xi’s rhetoric likened China and Taiwan to part of the same family, while Ma urged cooperation and harmony in a surprisingly cordial exchange.

It was the first time leaders had met since they split at the end of a civil war on the mainland in 1949, with Taiwan now a democracy with a fierce sense of its own identity.

But while the language and gestures sought to reflect a message of burgeoning friendship, there were no agreements announced.

“It’s historic because it’s the first [meeting], but I would not go as far as to say that it’s very important because it was engaged in generalities — no specific issues were addressed, no promises were made that we know of, and Ma, six months from now, will no longer be president of Taiwan,” said J Michael Cole, a fellow at the University of Nottingham’s China Policy Institute.

Ma will step down next year with the China-sceptic opposition expected to win presidential elections in January, as public concern over closer ties with Beijing grows.

The summit was a chance for Ma to publicly seal the dramatic seven-year rapprochement since he came to power, and to underline what he said is a legacy of stability and peace for the region.

For Xi, it was an opportunity to reiterate his ultimate ambition of reunification.

“Beijing’s desire is to emphasise interdependence between Taiwan and China, not to reduce it. So, it is in Beijing’s interest to maintain as many channels of communication as possible,” said Jean-Pierre Cabestan, a political science professor at Hong Kong Baptist University.

The meeting triggered protests in Taiwan, where opponents accused Ma of selling out the island, while supporters praised him for raising sensitive issues.

Ma said he had expressed concern to Xi over missiles aimed at Taiwan, and had also argued for an end to the marginalisation of the island internationally.

But there was no sign that Xi had moved on either subject.

“Xi did not unilaterally or voluntarily commit or promise some kind of international leeway or space for Taiwan. He could have done that, and he did not,” said Titus Chen, an associate professor at the Institute of China and Asia-Pacific Studies at National Sun Yat-sen University in Taiwan.

The language of brotherhood and family would only exacerbate fears in Taiwan, Chen said.

“This kind of narrative or discourse is losing its popularity in Taiwan,” he added.

“I don’t want to be a subject or citizen of China ... that would put myself at great risk or violate my own political values. I think the divergence of political values is the biggest obstacle.”

Meanwhile, Xi’s performance received praise in China, with several online commentators predicting that reunification could be achieved within 10 years. Analysts there hailed the meeting as a success.

“Under the circumstances of political sensitivity and unresolved political differences, disputes were put aside and there was dialogue with mutual respect,” said Zhu Songling, head of Beijing Union University’s Taiwan Research Institute.

“In terms of the timeline of reunification, before the two Germanies agreed, many scholars and politicians were very pessimistic, but that’s just the way of history — chance determines the turning points of history,” he added.

Others said Taiwan’s opposition Democratic Progressive Party, which is expected to win the presidency, would have to follow Ma’s example if it comes into power. Historically, the party has been pro-independence.

“Consideration of the Taiwanese people’s wishes is an issue for the future.”

But the fundamental historic differences between the two sides and the schism between their political cultures are a rift many still see as extremely difficult to bridge.

Taiwanese would accept warmer relations if China respects the island’s democratic culture and sovereignty, said Cole, but that is vastly at odds with Xi’s unification message.

“The biggest impediment to what China is trying to achieve is Taiwan’s democracy,” said Cole.

“That is the firewall, in Taiwan, that is becoming increasingly consolidated.

“It is the resistance to being taken over by China.” — AFP