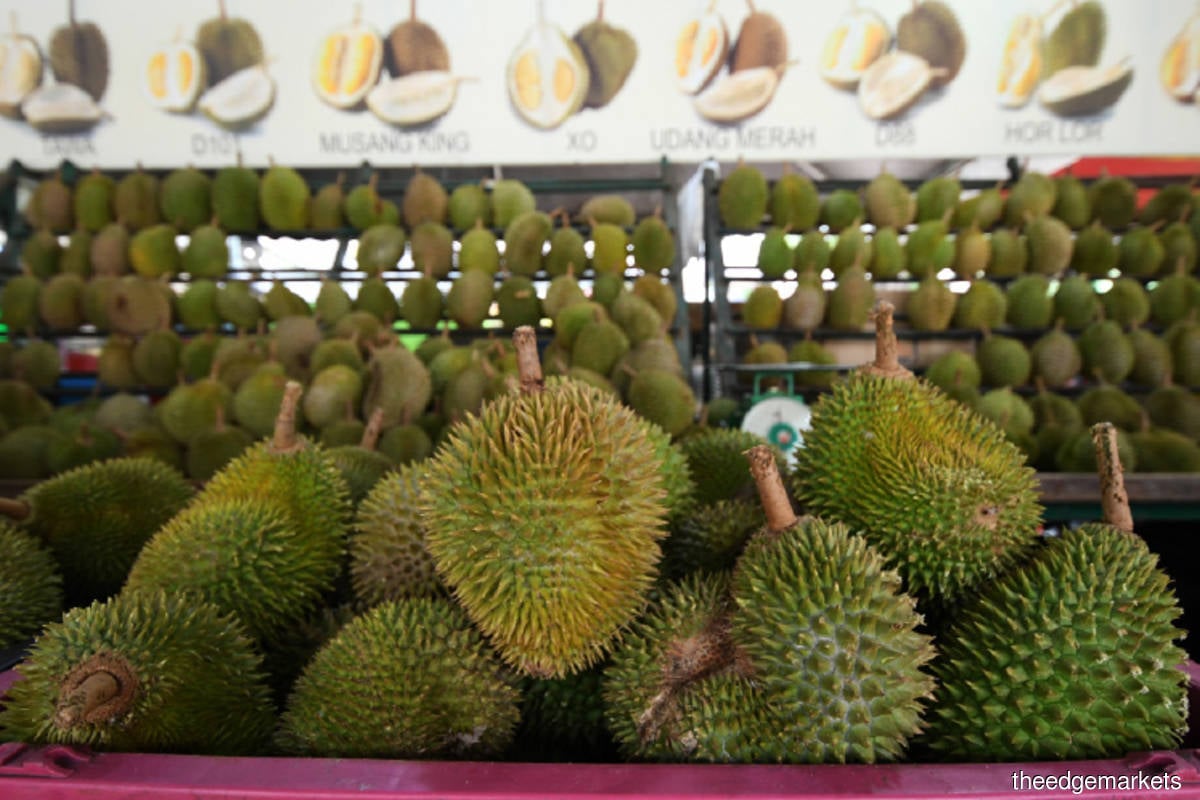 COME Aug 9, all illegal durian growers in the district of Raub, Pahang, will have to come forward and accept the legalisation scheme undertaken by the Royal Pahang Durian Group in collaboration with the state government.

Although the legalisation scheme has evoked criticism from some politicians and some of the illegal farmers who have been occupying state land for years, Royal Pahang Durian maintains that the problem of illegal farming will get out of control if it is not contained and regulated.

It is of the view that the legalisation scheme should be seen as a prompt and fair action to deal with the matter, given that the Malaysian durian industry — Musang King in particular — can be a strong contributor to the nation’s agro-economy.

Notably, demand for the “King of Fruits” is anticipated to soar exponentially in the coming years, as the exports of Malaysian frozen whole fruit durian to China was approved on May 30 last year.

However, the General Administration of Customs China (GACC) had explicitly stated that the imported Malaysian durians must be sourced from Malaysian Good Agricultural Practices (MyGAP)-certified farms, says a spokesperson for Royal Pahang Durian Group.

Illegal durian farms are not MyGAP-certified due to the absence of valid land titles.

“Should China discover that a significant portion of Malaysian durians imported are from non-certified farms, this could spell a disaster for the Malaysian durian industry. We don’t want another bird nest-like fiasco,” says the spokesperson.

According to him, the legalisation scheme intends to directly address the issue of non-MyGAP and others, such as environmental degradation and further encroachment, while allowing farmers to continue farming in lieu of outright enforcement and eviction.

More importantly, upon being legalised, all transactions will be duly recorded with payments via bank accounts to enable transparent tax filing and assessment by tax authorities. “If you look at it holistically, the IRB (Inland Revenue Board) will have a basis to collect tax revenues from everyone in the durian industry in Malaysia. Currently, almost all dealings are being done in cash throughout the country. With the successful implementation of the legalisation scheme, proper trade transactions will be recorded. The state will rightfully receive revenue from land use and the IRB on tax revenue,” says the spokesperson.

For perspective, Royal Pahang Durian Resources — PKPP Sdn Bhd (RPDR-PKPP), previously known as Ample Harvest Capital Sdn Bhd — was set up to undertake the legalisation scheme and to enable durian farmers in Raub to have a guaranteed purchaser of their fruits at a price that is determined by a formula.

RPDR-PKPP is a 75:25 joint venture (JV) between Royal Pahang Durian Resources Sdn Bhd and state-owned Perbadanan Kemajuan Pertanian Negeri Pahang (PKPP). The former is linked to the Pahang royal family, while the latter is the agricultural development arm of the Pahang state government.

To ensure strict compliance with quality standards, the state government has further approved for PKPP to jointly participate — with a 40% shareholding — with Royal Pahang Durian Group in building the largest durian-processing factory in Raub.

Prices will be fair

Under the legalisation scheme, all farmers have to make one-off payments for the earnest monies of RM1,000 per acre as required by the state government.

Before the scheme comes into full force, farmers are still being allowed to sell all their productions in the open market at market prices, but that is confined to calendar year 2020 only. In exchange, they are required to pay RM6,000 per acre (for this year only) to the JV entity for costs related to usage of lands.

For 2021 and 2022 only, Royal Pahang Durian Export Sdn Bhd — the group’s trading subsidiary — is offering to pay ex-farm price for Grade A Musang King at RM40 per kg. And from 2023 onwards, the annual price will be subject to mutual agreement with the farmers within a specified range.

For the first 2,000kg per acre, farmers will receive RM30 per kg, while a legalisation levy of RM10 per kg will be paid on their behalf to the JV entity (see chart). The farmers are not required to pay any other costs related to usage of the land.

For any quantity exceeding 2,000kg per acre of Grade A Musang King, the farmer shall be paid the full RM40 per kg.

Subject to compliance with terms and conditions, there is no penalty on farmers for not meeting the threshold of 2,000kg per acre of Grade A Musang King.

The Royal Pahang Durian spokesperson points out that the latest delivered cost and freight prices for Malaysian frozen whole Grade A Musang King delivered to China in June this year ranges from RM52 to RM58 per kg.

In other words, he says, the offered ex-farm price by Royal Pahang Durian is fair.

Over the last two years, Grade A Musang King durian prices have fluctuated throughout the season from RM25 to RM50 per kg.

Under the legalisation scheme, says the spokesperson, RPDR-PKPP proposes to retain 70% of the total tonnage produced by these illegal farms for their own marketing purposes and, subsequently, allocate the remaining balance of 30% to existing local collectors and traders.

“Effectively, the JV entity only possesses less than 25% of the durian production in Raub. With the clear and transparent fixed price policy, it is difficult to see how the scheme constitutes a monopoly, as alleged (by some quarters),” he says.

In comparison, there are an estimated 4,452ha (11,000 acres) of illegal durian farms in Raub, with 70% to 80% of Malaysian durian exports originating from these farms.

The Royal Pahang Durian spokesperson reiterates that the absence of MyGAP certification for durians originating from illegal farms is particularly worrying and can potentially destroy the local durian industry.

“If the issue of illegal encroachment remains unresolved and farms continue without the MyGAP certification, the potential for the banning of Malaysia’s durian exports to China and the subsequent collapse of the national durian industry is very real,” he warns.

“This would be extremely unfair to those legal farmers who have dutifully adhered to the regulations and export protocols and have been diligent in contributing to the growth of the industry,” he adds.

Meanwhile, in view of the current scattered, fragmented and disorganised durian industry, Royal Pahang Durian opines that it is imperative that there should be a lead exporter to achieve price stability and sustainable industry growth.

To recap, Malaysian frozen whole durians have already been exported to China since 2019 via approved exporters.

In the same year, Thailand exported US$1.46 billion worth of durians, with China, Hong Kong and Asean accounting for 98% of that sum.

For the first four months of 2020, Thailand exported US$567.29 million worth of durians to China, up 78% year on year from the same period in 2019 despite the ongoing pandemic.

The Royal Pahang Durian spokesperson is confident that the legalisation scheme can better organise the Malaysian durian industry and position it for growth in export markets.

“Malaysian durians, particularly Musang King, have enormous potential in China due to its superior taste and quality as Chinese consumers have acknowledged. If Malaysia can achieve up to 50% of Thailand’s annual export volume, in value terms, we would have surpassed Thailand,” he explains, adding that durians can then be a big foreign exchange earner for the country.