Scene: Nostalgia and a new dawn 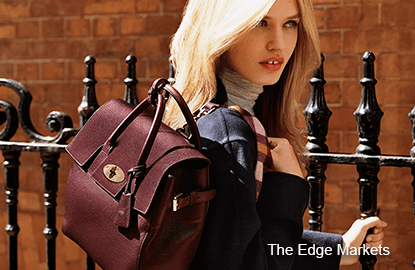 AFTER what many have called a tumultuous two years, British fashion and leather accessories brand Mulberry is keen to usher in a new era with its new autumn/winter campaign. More importantly, this is the first seasonal campaign since new creative director Johnny Coca took over the reins.

And it seems that the leather specialist brand is keen to play up its British heritage, with a campaign entitled A Chelsea Story, complete with iconic backdrops and a characteristically British face, current muse Georgia May Jagger. 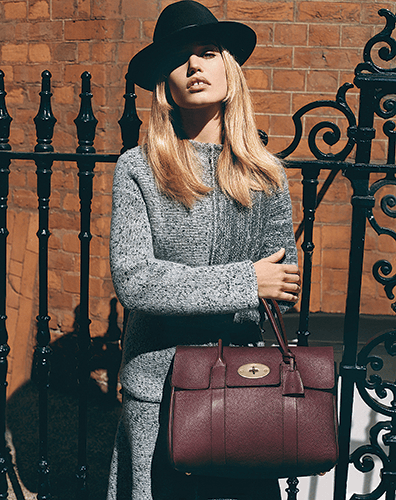 It’s no surprise, given that the Somerset-based company has always prided itself on its identity since it was founded by Roger Saul in 1971, along with his mother, Joan. This time, however, there is perhaps a more conscious reason to assert the brand’s heritage factor, in light of the limbo created by the departure of previous creative director Emma Hill. The lauded British name was responsible for elevating Mulberry’s glamour and fashion status in the six years she creatively helmed the company, with key successes such as the now iconic Alexa design.

Her exit in 2013 left Mulberry’s creative direction hanging, most equating it to differences with ex-chief executive officer Bruno Guillon’s ill-judged attempt to lift the brand into a more exclusive, and expensive, one. The backlash dealt a devastating blow, from which the brand is now still trying to recover.

In comes Spanish-born and Paris-trained Coca, a behind-the-scenes talent who has worked with Bally, Louis Vuitton and most recently, French luxury leather goods brand Celine as design director in charge of accessories. Speculation has been rife with the appointment of an international talent who has worked at the top of the luxury scale, many wondering what this means for Mulberry’s next move. The brand announced the appointment late last year, asserting Coca’s ties to London — he has tutored in Central Saint Martins — while clear in their expectations for new energy and innovation.

Aptly enough, the new autumn/winter campaign philosophically reflects the marrying of new and old. Featuring the iconic Bayswater as well as new bags for the season, the Roxette and the Mini Jamie, the 1970s-inspired new collection sees Jagger traipsing up and down the sidewalk, framed by Chelsea’s red brick buildings in the background.

British photographer Alasdair McLellan lends a cinematic yet light, fluid style to the shoot, capturing a more innocuous and demure vibe that reflects well with Mulberry’s understated aesthetics. The minute-long campaign video can be seen on Mulberry’s YouTube channel, set to the music of legendary British band The Jesus and Mary Chain.