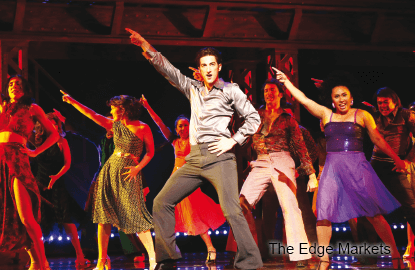 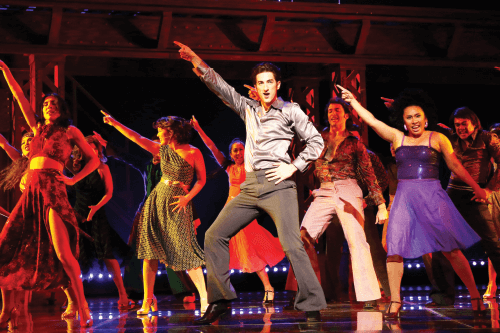 TO say that the 1977 film Saturday Night Fever was a pop culture phenomenon is not at all an understatement — it is the definitive movie on the disco era of the seventies with its symphony-orchestrated tunes, flashy retro clothing styles and groovy choreography. A box-office success and critically acclaimed, the movie turned John Travolta into a household name and ensured the already popular Bee Gees’ place in the annals of pop music stardom.

The movie is based on a 1976 New York Magazine story by Nik Cohn titled Tribal Rites of the New Saturday Night about the Saturday-night rituals of a group of working-class Italian Americans in Brooklyn who held dead-end jobs during the day but found meaning at night dancing at a local disco. Saturday Night Fever follows the tale of Tony Manero, played by Travolta, a young Italian American who works as a paint store clerk in Brooklyn and lives for the weekend, when he and his friends would head to the local discotheque and dance the night away. Tony’s sole ambition is to become the disco king. When a big dance competition is announced, he wrangles the beautiful and talented Stephanie Mangano to be his partner.

The success of the film helped popularise disco music around the world and the dancing craze. Who can forget that iconic scene of Travolta executing the point and strut with flair and feeling? The dance, “do the hustle”, became all the rage; it is a dance move that defined an era and is still replicated today.

Its cinematic merits and brilliant cast aside, what made this film a work of lasting historical significance is the pulsing disco soundtrack, from the opening sequence of Travolta strutting down a sidewalk to the tune of the Bee Gees’ Stayin’ Alive to the dance numbers in the discotheque. Even though most of the music was not written specifically for the movie with the exception of the aforementioned Stayin’ Alive and Night Fever, they complemented the narrative perfectly. The soundtrack garnered several Grammy Awards, and the songs continue to be covered today.

Twenty-one years after the movie came out, the stage musical premiered at London’s West End in 1998 and New York’s Broadway in 1999. Since then, over 10 million people in the world have seen Saturday Night Fever, and it continues to be one of the longest running musicals.

Malaysian fans who have not had the chance to catch the show or who want to relive the experience can do so right here in Kuala Lumpur as a new production is set to be staged from Sept 4 to 13 at Istana Budaya Kuala Lumpur. Saturday Night Fever The Musical, brought to Malaysia by Milestone Production, will be imbued with a slight contemporary edge while retaining the film’s grittiness and realistic portrayal of the disco era and the entertainment value of its music and dance moves.