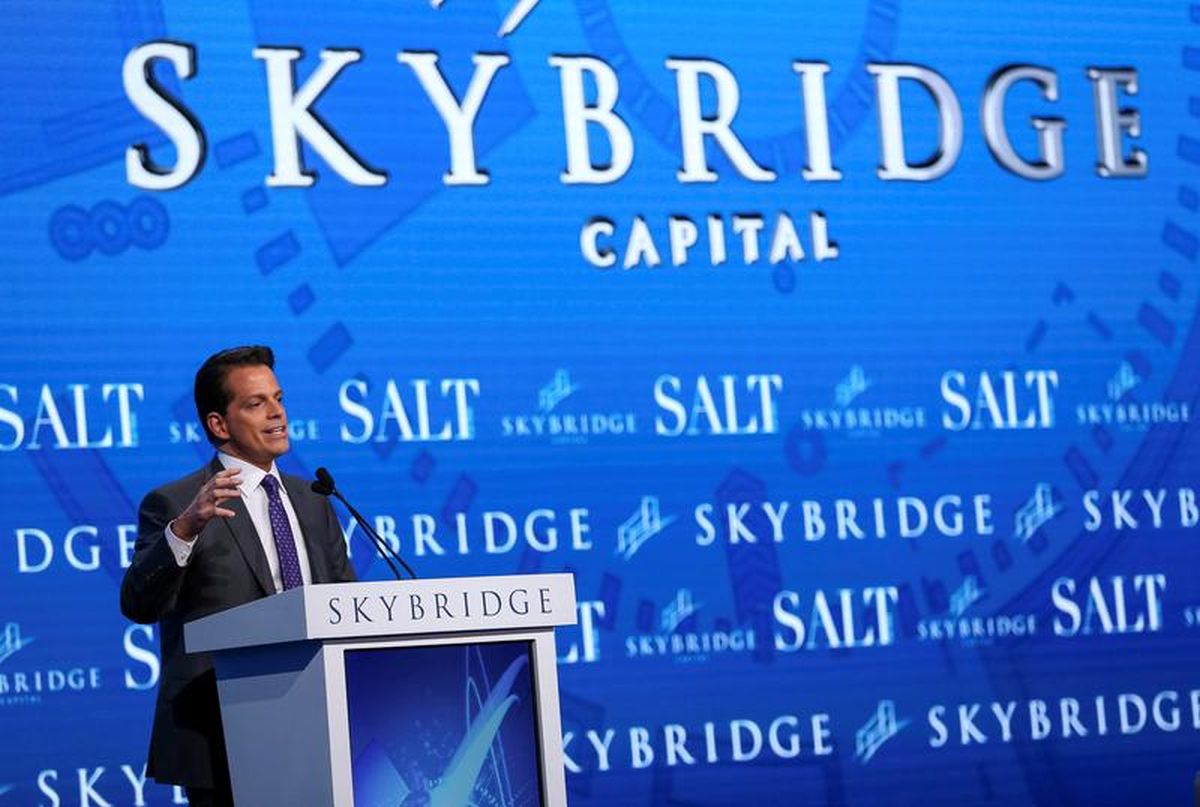 Troy Gayeski, who has overseen the US$6.5 billion firm's activities as co-chief investment officer since 2019, left SkyBridge this week to "pursue other opportunities," Scaramucci wrote in a letter to clients that was seen by Reuters.

Gayeski joined SkyBridge in 2010 when Scaramucci bought Citigroup Alternative Investments' fund-of-funds business. He has been a fixture at the firm's annual SALT industry conferences that attracted former US presidents and many of the world's most closely watched hedge fund managers.

His departure comes a year after the firm suffered double digit losses early in 2020 which prompted clients to withdraw hundreds of millions in capital. Scaramucci, who briefly served as White House communications director in 2017, told his clients that he was "embarrassed" by the losses and promised to do better. In the letter announcing the personnel changes he noted that one of its portfolios gained 7.4% in the first half of 2021, the second best start to the year since inception.

At that time he pressed Ray Nolte, his long time investment chief who had been transitioning into an advisory role, back into full time service as co-chief investment officer. In the letter announcing Gayeski's departure, Scaramucci said that Nolte has extended his employment contract to December 31, 2024.

Nolte will be co-chief investment officer with Brett Messing, who had been SkyBridge's president and chief operating officer.

Scaramucci himself returned to SkyBridge, which he founded in 2003, after a planned sale to Chinese conglomerate HNA Group fell through in 2018.

The firm declined to comment beyond the letter and Gayeski did not respond to a request for comment. The departure was first reported by trade publication HFM.