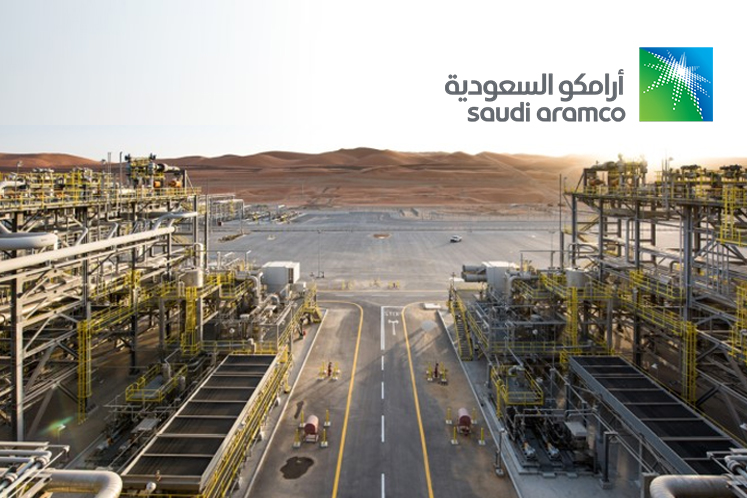 It’s the mother of all payouts.

That makes chief executive officer (CEO) Amin Nasser’s promise to continue that level of returns for the next five years an extraordinary vote of confidence in an oil market awash with uncertainties. Saudi Aramco will be prepared to borrow money to ensure that it meets its commitment this year despite oil prices heading into negative territory, he said this month.

Running up debts to keep the dividend on track is standard practice for energy companies amid the carnage of 2020’s oil market — except for those, like Shell, which plan to cut payouts altogether. You only want to fund dividends out of borrowings, though, if you’re certain it’ll be a strictly temporary measure. The risk for Aramco is that upholding such a long-term promise to shareholders will bend its entire business out of shape, just when it needs to be especially nimble as crude demand slows and goes into reverse.

The core of Aramco’s profitability is its astonishingly low production costs, with operating expenses amounting to not much more than US$8 a barrel of oil and equivalent products last year. It’s remarkable how quickly the spending adds up, though. Royalties paid to the Saudi state alone added another US$10 a barrel or so, while corporate income tax came to around US$19 a barrel and dividends swallowed a further US$15. Once all those tolls were paid, Aramco didn’t have a lot of spare change left out of US$60-a-barrel oil, let alone the stuff in the US$40-a-barrel range it’s selling at the moment.

A firm dividend policy is an unusually inflexible cost. Unlike the royalties and income taxes levied as a percentage of Aramco’s revenues and profits, payouts don’t automatically shrink if the price of crude declines. If anything, the burden per barrel rises further when prices and output fall.

Perhaps in recognition of this, the Saudi state has from the start agreed to forgo its portion of any payouts to the extent that receiving them would get in the way of Umm-and-Abu investors getting their share. That may help maintain a theoretical US$75 billion-a-year payout but it makes a nonsense of the idea that all shareholders are equal, not to mention the principle that a dividend policy is some sort of a commitment to future earnings. It’s not clear, either, why a company with this get-out clause would want to take on debt to meet its promised payments, although Aramco’s borrowing costs are essentially identical to those of the Saudi state.

Dividends aren’t the end of Aramco’s committed spending. Its purchase of a majority stake in chemicals company Saudi Basic Industries Corp, or Sabic, was completed this month, committing it to about US$69 billion of payments over the next six years — even after a restructured plan pushed the bulk of the cash outflow towards the middle of the decade.

Then there’s a potential US$15 billion investment in Reliance Industries Ltd’s Jamnagar refinery in India, US$20 billion on a separate planned chemicals venture with Sabic, plus Sabic’s own US$5 billion a year or so of capital spending which will now sit on Aramco’s balance sheet.

Add it all up and the picture is troubling. It’s likely to be several years before operating cash flows rise above US$100 billion a year again, even with Sabic’s business consolidated. If Aramco wants to spend three-quarters of that sum on its dividend while laying out US$10 billion to US$15 billion annually for Sabic’s finance and investment costs, then capex on its core operations will have to fall to a third or less of the US$35 billion-odd that the company was spending until recently.

For all that executives are confident of their ability to increase production at very low costs, that sort of belt-tightening would make the easiest route to higher profits — lifting crude output from its pre-Covid 10 million daily barrels to around 13 million — extraordinarily difficult to achieve.

That path is likely to be constrained, anyway, by several years of weak demand growth as the world recovers from Covid-19. Not to mention the fact that Aramco’s importance to the oil market rests on the proposition that increases in its output, coordinated via Opec+, should make prices move in the opposite direction, resulting in little by way of net revenue gains for the company.

Unlike most of its competitors, Saudi Aramco doesn’t really need to be so focused on dividends. All but 1.5% of its shares are held by the same state that’s hoovering up royalty and tax payments further up the income statement. Riyadh shouldn’t really care how it’s getting paid, as long as it’s getting paid.

That dividend policy looks more like a swaggering attempt to hold back the tide of an oil market on the edge of terminal decline. The quicker Aramco acknowledges that, the better equipped it will be to handle the coming turmoil.