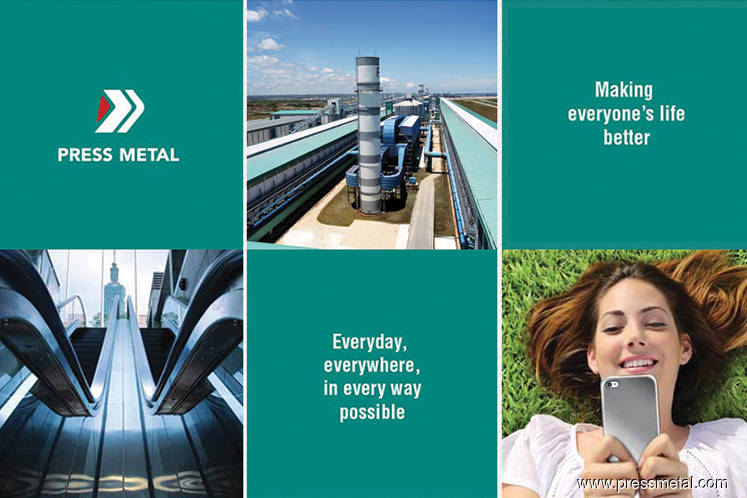 KUALA LUMPUR: The proposed state sales tax on aluminium products by the Sarawak government may squeeze Press Metal Aluminium Holdings Bhd’s margins as the company grapples with pressure on its profitability. Chief Minister Datuk Patinggi Abang Johari Tun Openg told the state assembly yesterday the new levy on aluminium products will kick in from January 2020. The rate is set at 1%, according to a copy of his speech sighted by The Edge Financial Daily.

This raises concerns over the profit margin of Press Metal, Asean’s largest aluminium smelter that has plants in the state.

The state government expects to collect RM58 million in state sales tax from aluminium products in 2020, as part of a drive to boost state revenue, the chief minister said.

“[This is] to enable the state to maintain its development momentum and keep up with [an] accelerated pace of development especially in the rural areas which require a substantial amount of funding,” Abang Johari said.

The new levy raises concern over Press Metal’s profitability moving forward. A large bulk of Press Metal’s products are meant for exports. It is not known whether there will be any exceptions granted.

The state sales tax on aluminium products comes at a time when Press Metal is putting together a funding plan for a long-delayed third aluminium smelting plant in Sarawak. On July 31, the company signed a new power purchase agreement (PPA) with Sarawak Energy Bhd, the sole power provider in Sarawak. The PPA gives it access to up to 500mw over 15 years.

Upstream smelting segment is the core business that accounted for 90.6% of Press Metal’s audited revenue and 97% of operating profit for the financial year ended Dec 31, 2018 (FY18).