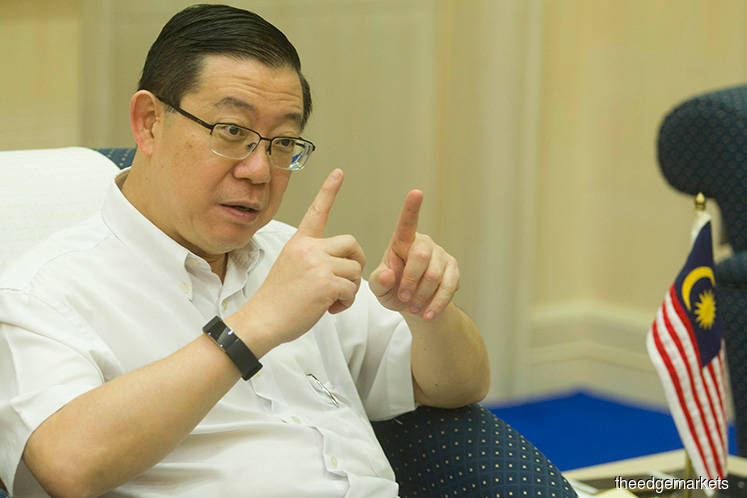 KUALA LUMPUR (June 23): Sarawak's Ministry of Finance and Economic Planning today lambasted Federal Finance Minister Lim Guan Eng for making what it described as a "totally misleading" claim that the state would go bust in three years if it continues to be ruled by Gabungan Parti Sarawak (GPS).

The ministry said the Sarawak government under GPS is a responsible government that has always been practicing and upholding the principle of a disciplined and responsible financial management.

It also highlighted that Sarawak has been accorded an unqualified report from the Auditor-General of Malaysia for the past 17 consecutive years, while international rating agencies like Moody's and Standard and Poor's have reaffirmed the state's investment credit rating at A3 and A-, respectively.

"These achievements are clear testimony of the state’s continuous sound financial management in exercising financial prudence and financial discipline at all levels.

"The Sarawak government has recorded budget surpluses for many years as a result of higher revenue than expenditure. These continuous budget surpluses have enabled the state to build up its reserves.

"As such, the statement made by the Federal Minister for Finance that Sarawak will go bankrupt if it continues to be ruled by GPS is totally misleading and with political motive. As Minister of Finance Malaysia, it is incumbent upon him to be careful and responsible as any statement from him will be taken as signal to the health of Malaysian economy," it said in a statement.

The statement was issued in response to what Lim reportedly said during a DAP fundraising dinner in Kuching last Friday. According to reports, Lim told guests at the event that the state's reserves of RM31 billion would be depleted in three years if GPS keeps up its annual budget of RM11 billion. He also urged the people of Sarawak to vote in a Pakatan Harapan state government in the next state election, which is due in mid-2021, to avoid that fate.

Meanwhile, the state government said it will continue to strengthen its financial management under good government practices, strict financial discipline and prudence at all times.

"We will always ensure that the state government will have the capacity and ability to finance any plan or commitment undertaken for the benefit of the people of Sarawak.

"On the effort to restore the rights and status of Sabah and Sarawak under MA63 (Malaysia Act 1963), the negotiation is still on-going. So, does it mean that the statement made by the Federal Minister for Finance reflects the stand of PH Federal Government for not willing to restore the equal status?" it said when concluding its statement.