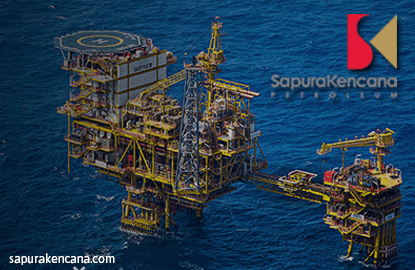 "SapuraKencana is committed to delivering its promise on the PLSVs to Petrobras. The commencement of our fourth PLSV demonstrates our confidence in our Brazilian venture and mutually, Petrobras' continued belief in our ability to deliver top operational performance," said SapuraKencana president and group chief executive officer Tan Sri Shahril Shamsuddin in the statement today.

He said Sapura Jade is the fourth of a series of six PLSVs contracted under a long-term contract by Petrobras for deepwater flexible pipe-lay work in Brazil. Similar to previous vessels, Sapura Jade is equipped with a 550-tonne vertical (tiltable) lay system for the deployment of a range of flexible products in up to 3,000m of water depth for Petrobras' pre-salt developments offshore Brazil.

Shahril said the final two PLSVs, the Sapura Esmeralda and Sapura Rubi, are set to be delivered progressively in 2016.

To recap, SapuraKencana's 50%-owned Brazilian joint venture with Seadrill Ltd, Sapura Navegacao Maritima (SNM), won two contracts worth US$4.1 billion collectively from Petrobras in November 2011 and June 2013. The contracts were for SNM to build and operate six PLSVs for offshore deepwater flexible pipe-lay work in Brazil.

SapuraKencana shares cooled down by three sen to RM1.95 at noon break, after gaining more than 8% from last week. Its market capitalisation is RM11.81 billion.