SapuraKencana dips 1.44% although analysts are positive on contract wins 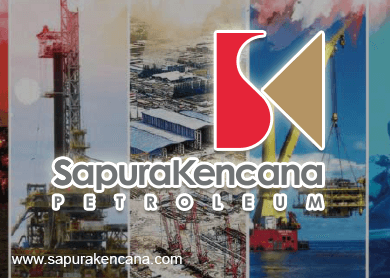 KUALA LUMPUR (May 12): Against the backdrop of its close to RM1 billion contract win announced yesterday, analysts are positive that SapuraKencana Petroleum Bhd will be able to maintain its order book this year.

To recap, SapuraKencana announced that it has locked in a total of US$269 million (RM969 million) worth of contracts from Mexico, Indonesia, Vietnam and India yesterday.

According to a note by Alliance DBS Research, the contracts help SapuraKencana to maintain its order book at RM25 billion.

“The group needs to secure another RM4 billion to RM5 billion worth of jobs to maintain order book this year, as well as to support earnings visibility for financial year 2017 (FY17) and beyond,” it said in a report.

TA Securities on the other hand noted that SapuraKencana’s new contract wins falls within its assumption of financial year 2016 (FY16) order book replenishment of RM3 billion.

“SapuraKencana’s revenue visibility remains robust, with its resilient outstanding order book. An estimated RM7.3 billion worth of orders will be executed in FY16, RM5.5 billion in FY17, and the balance of RM12.9 billion from FY18 onwards,” said TA.

It added that 70% of SapuraKencana’s order book comprises of contracts awarded by national oil companies which implies minimal risk of default, particularly in periods of cyclical oil price weakness.

Meanwhile, Kenanga Research noted that it is positive on the job win as it is an indication that the oil and gas industry is showing early signs of improvement in activities, after the oil price slump over the past few months.

It added that contract replenishment for its fabrication division could be weaker this year given the expected weaker fabrication industry in the midst of capital expenditure cuts and project delays.

“Its tender rig business should handle the slump in oil prices better than its jack-up rig peers due to the tighter demand situation in the tender rig segment which serves more fields that are already in production. We believe rate cuts for the division could be minimal in light of low oil prices,” it said.

Alliance said the new contracts have been included in its estimates and there is little earnings excitement ahead.

However, it noted that low and volatile crude oil prices will suppress group earnings for now, and there is a risk that order book could deplete with the lukewarm offshore services contracting market.

Meanwhile, Hong Leong IB Research downgraded SapuraKencana to “Hold” (from Buy) at RM2.78 with an unchanged target price of RM2.85 after SapuraKencana was awarded contracts worth a total of value up to US$269 million or RM969 million.

In a note today, the research house said the contract would be part of and in line with its assumption on order book replenishment.

“We have factored in RM3.2 billion contract replenishment in FY16 for FHC and OCSS division (YTD win is circa RM1 billion).

“Given share price has rebounded with limited upside, we downgrade from Buy to Hold with an unchanged target price of RM2.85 based on unchanged 14x CY16 EPS of 20.4 sen/share,” it said.

According to Bloomberg, the stock is trading at a price earnings of 11.63 times with a market capitalisation of RM16.66 billion.