SapuraKencana bags six contracts worth up to US$269m overseas 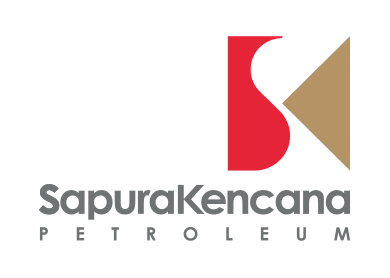 KUALA LUMPUR (May 11): SapuraKencana Petroleum Bhd (SapuraKencana) has locked in several contracts in four different countries with a combined value of up to US$269 million (RM969 million).

In a filing to Bursa Malaysia today, SapuraKencana said it has been awarded the installation of structures and superstructures of mixed marine platforms, pipelaying and lifting of major power generation equipment in the Gulf of Mexico through its subsidiary SapuraKencana Mexicana S.A.P.I. de C.V.

The contract was awarded by Pemex Exploración y Producción and has a value of between US$41.2 million and US$98.1 million.

The job, which marks the start of SapuraKencana’s local operations in the country, requires the usage of its DP3 heavy-lift and pipelay vessel — SapuraKencana 3500.

Closer to home, SapuraKencana’s subsidiary SapuraKencana TL Offshore Sdn Bhd (SKTLO), in consortium with PT Encona Inti Industri Indonesia, was awarded the work of offshore and onshore pipeline installation in respect of the construction of Kalija 1 Natural Gas Transmission Pipeline of Kepodang in the Tambak Lorok Segment in Indonesia.

The award was given by PT PGAS Solution and valued at US$97.5 million.

The job is for transportation and installation of a 14”x200km gas pipeline from Kepodang field offshore to the onshore receiving facility.

The work will be performed in the Muriah PSC, Central Java, Indonesia, said SapuraKencana.

Meanwhile, the group said SKTLO has also been awarded three separate contracts in Vietnam and one in India, for a total value of US$73.5 million.

SapuraKencana said SKTLO was awarded a contract for the provision of services for the installation of nearshore and offshore pipeline for the Thai Binh — Ham Rong Gas Distribution & Gathering System Project, Phase 1, which is located in Block 102-106, offshore Vietnam.

In India, BG Exploration and Production India Ltd awarded SKTLO with the provision of transport and installation services for the PB Gas Lift Riser Replacement project at Panna Offshore Field.

“The awards will have no effect on the issued paid-up capital of the company and are expected to contribute positively towards the earnings and net assets per share of SapuraKencana Group for the financial year ending January 31, 2016 (FY16),” said SapuraKencana (fundamental: 1.30; valuation: 1.40).