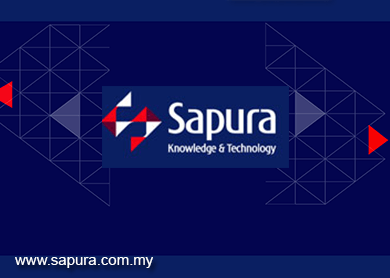 This caused its earnings per share to drop to 0.21 sen per share, from 1.17 sen per share in the previous corresponding quarter, its filing to Bursa Malaysia today showed.

Its revenue for the quarter, however, was up 5.76% to RM10.04 million, from RM9.5 million in 1QFY15, due to higher revenue registered in its property investment segment.

To recap, on April 20, Sapura Resources had announced that its jointly-controlled unit IBSB had accepted financing facilities granted by Maybank Islamic Bhd, Public Bank Islamic Bhd and RHB Islamic Bank Bhd, of up to RM1.08 billion.

“The purpose is to finance up to 80% of the total construction costs and land costs of the proposed construction and development of a premier office tower, a convention centre, a retail podium and basement carpark located at Lot 91, Kuala Lumpur,” it had said then.

Moving forward, Sapura Resources said it recognises the challenging environment that it is in, but said its board of directors remain confident that the prospect for the longer term will be positive.