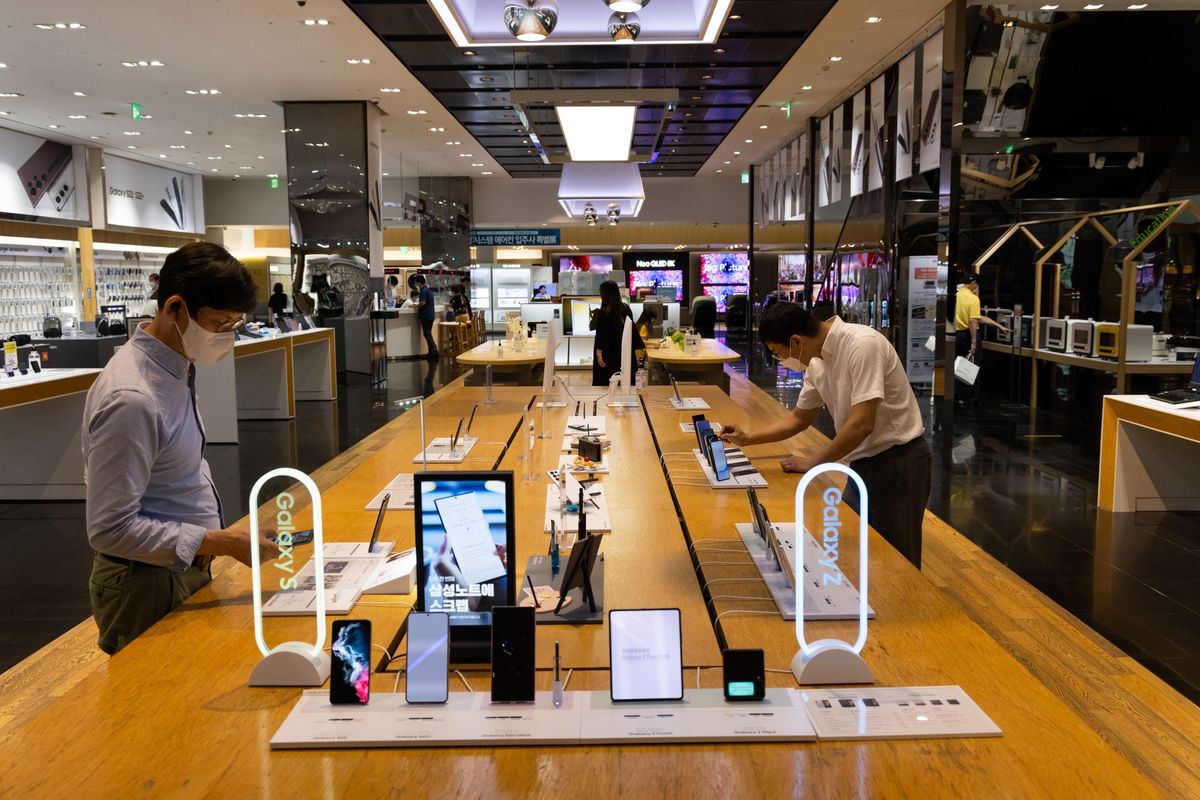 The world’s largest producer of smartphones and displays reported a less-than-expected 16% rise in net income, reflecting how it’s still navigating rising uncertainty around a potential global recession. Revenue from its semiconductor division, which as the world’s largest producer of memory is an indicator of electronics demand, missed analysts’ estimates by about 22%.

Apple Inc, Amazon.com Inc and Microsoft Corp, which are all major buyers of chips, are reining in budgets for next year and, in turn, denting chipmakers’ capacity expansion plans. Samsung warned of weakening demand for PCs and mobile phones in the second half of the year, joining a growing cadre of tech giants sounding the alarm over global economic uncertainty. Smartphone processor maker Qualcomm Inc gave a downbeat quarterly outlook on weakening consumer spending, while memory rival SK Hynix Inc forecast waning growth and rising inventories ahead.

“DRAM contract prices started dropping slightly from April sequentially, stayed flat in May and ended June slightly lower. Monthly DRAM exports have been steady at about US$3.5 billion from July 2021, suggesting the rate of growth may shrink further from July this year,” said Bloomberg Intelligence analyst Masahiro Wakasugi.

Korea’s largest company on Thursday said its net income rose to 10.95 trillion won (US$8.3 billion) in the three months ended June, missing projections for 11.2 trillion won. Sales from the semiconductor division grew a smaller-than-predicted 24% to 28.5 trillion won, missing estimates for about 36.7 trillion won. The smartphone and networking division however grew 29% to 29.3 trillion won, slightly ahead of expectations.

A tricky balancing act lies ahead for Samsung, as the company, its manufacturing clients and its suppliers all struggle to gauge the extent of future weakness in consumer demand amid component shortages and rising materials costs.

“With the huge amounts of uncertainty in the market, driven by a wide variety of macro issues, we will flexibly supply memory chips by using inventory,” said Han Jinman, executive vice president at Samsung’s semiconductor business at a post-earnings conference call.

Lead times remain long for tools to make semiconductors, due to chronic issues with parts supplies. In the long run, this could mean delays in adopting new lines that process more powerful chips faster, Han said. “There are structural constraints in production. We expect market bit growth of DRAM will be significantly lower next year.”

In the longer run, chip sales are growing much more slowly than expected and will begin to decline in 2023, Gartner said in a report, marking an end to one of the sector’s biggest boom cycles.

Hynix said Wednesday it revised down its chip shipment growth for the current quarter and added it’d significantly adjust its capex for next year due to a high level of inventories throughout the market. In contrast, Texas Instruments Inc, which has a wider range of chip products, gave a bullish outlook for the current quarter as it sees demand recovery after lockdowns in China hit sales.

“The global semiconductor market is entering a period of weakness, which will persist through 2023 when semiconductor revenue is projected to decline 2.5%,” Richard Gordon, a Gartner analyst, said in the report. PC shipments will contract 13% in 2022 after two years of growth, Gartner predicts, while smartphone sales will rise just 3.1% this year after surging almost 25% in 2021.