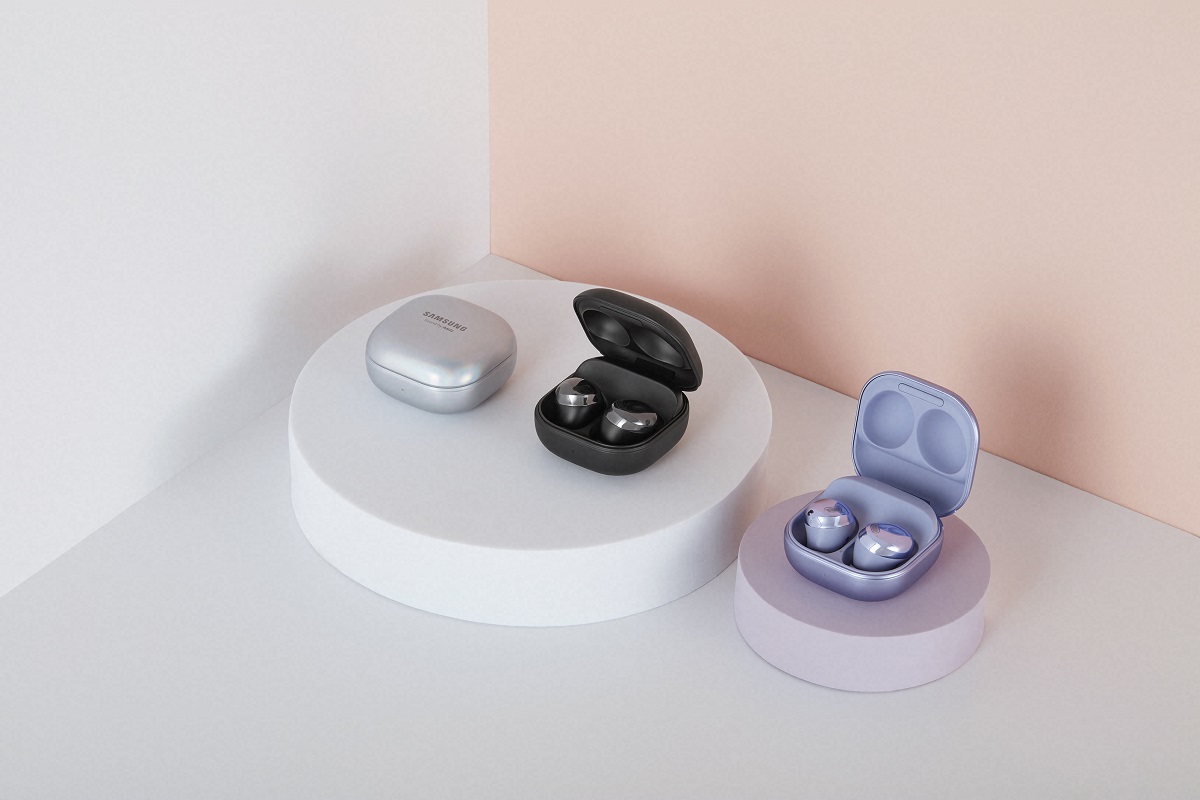 The Samsung Galaxy Buds Pro in their cases.

It was not that long ago that smartphone users just settled for the free earphones that came with their newly purchased devices. Unless you pre-ordered Samsung’s latest flagship, the Galaxy S21 Ultra, which offered the Galaxy Buds Pro gratis, most music lovers would have invested in a pair of earbuds for a better level of audio fidelity.

Ever since smartphones got rid of headphone jacks, we have been hurled into a wireless revolution that can be controlled with just a gentle tap. The earlier generation of Samsung’s earbuds — the Buds Plus, which made music easier to hear and your inner world a tad more tranquil — has untangled our qualms of picking between a performance-oriented or a noise-cancelling travel accessory. If the search for the best earbuds used to be immensely fraught, one only needs to look at the new, all-rounder Buds Pro.

Choosing the right earbuds always boils down to the perfect fit. If users once waxed lyrical about the Buds Live’s ergonomic shape that fits snugly in one’s concha, the same comfort, alas, is not quite replicated in Samsung’s latest. Instead, the Buds Pro is an amalgam of both of its predecessors, boasting an in-ear design with silicone tips that jut out less from your ear. A section of mesh wraps around its exterior, covering one of the three built-in microphones while acting as a wind shield for voice calls.

Like all its previous models, Samsung’s earbuds rest within a matte square case that is just a wee smaller than a Tic Tac candy box, although the colours of the Buds Pro — either Phantom Black, Phantom Silver or Phantom Violet — are no where near fluorescent. The USB-C charging port nestles at the back of the case while the bottom features a circular inner ring that indicates the earbuds are wireless charging capable. As much as tap sensitivity is valued in a device that relies on quick response to play or pause music, it could be a grating source of annoyance when one tries to adjust the fit of the earbud without actually trying to activate the touch-controls. The Buds Pro is swift in other aspects though, especially when pairing with our Note 10, which also notifies you of the current battery life levels.

The upshot of sound technology means earbuds have been developed to the point of being discreet and comfortable even when they are lodged in your ears for hours. This quality is also attributed to the easy-listening and immersive audio in the Buds Pro, now beefed up with an 11mm woofer for more base and 6.5mm tweet for a richer treble. The elevated soundstage is more than enough to appreciate Billie Eilish’s groovy vocals in the bass-heavy Therefore I Am or even Tchaikovsky’s virtuosic violin concerto in D Major, Op. 35. Plus, if you are synching your earbuds with the Galaxy Wearable app, there are six different audio profiles to choose from — ours is always the bass boosted.

Samsung claims that its improved active noise cancelling (ANC) can reduce “up to 99 percent of noise” with the Buds Pro, a sound argument when one compares it with the Buds Live that meekly muffles pedestrian hubbub, the chatter of a loquacious commuter on the train or the hum of the TV. But that is not the best feature yet — the Buds Pro is equipped with a voice detect ability, which automatically lowers the audio volume after 10 seconds when it senses you are in a conversation and switches from ANC to ambient mode.

Utilising what Samsung called “voice pickup unit”, the earbuds are embedded with an accelerometer that senses jaw movement when you speak, not just because someone is in your vicinity. If you, like us, have a tendency to sing along to your favourite tunes, you might just want to disable the voice detection and assign the device to ambient sound. We also ran the Buds Pro on an iPhone 11 via Bluetooth, but because Samsung did not extend the same level of iOS support it had for the Buds Plus and Buds Live on the Galaxy Wearable app, you will not be able to customise your audio profile or use the voice detect function. The South Korean smartphone maker also exalted its 360-degree Dolby head tracking technology, an intelligent motion-tracking sensor that pinpoints the direction of the sound as you move your head so that you are always “in the centre of your favourite video, movie or TV show”. We have yet to put this realism feature to the test since the spatial audio requires the OneUI 3.1 — only available on the new Galaxy S21 lineup — to take flight.

For those concerned with battery life, the Buds Pro with eight hours of play time (five with the ANC enabled) does not hold a candle to the Buds Plus, which offers 11 hours of play time in a single charge. Audiophiles may lament the short juice span but the automatic noise cancelling feature in the Buds Pro eliminates the need of popping both earbuds out every time someone approaches you. If your daily routine consists mostly of breaking a sweat at the gym (Buds Pro has an IPX7 rating for water resistance, by the way) and gaming only after working hours (which you should), the battery life on the Buds Pro is more than generous.

Most earbuds in the market have posed the conundrum of having to upgrade your device every other year as batteries start to show signs of wear. So far, Samsung’s earbuds have not waned with time despite their premium asking price, boasting pin-sharp vocals, noise-blocking smarts when you need to take calls and superior clarity with every stepped-up model. To quote The Beach Boys, we are definitely sensing more Good Vibrations from Samsung’s releases this year.