Samaiden jumps as much as 133% on ACE Market debut 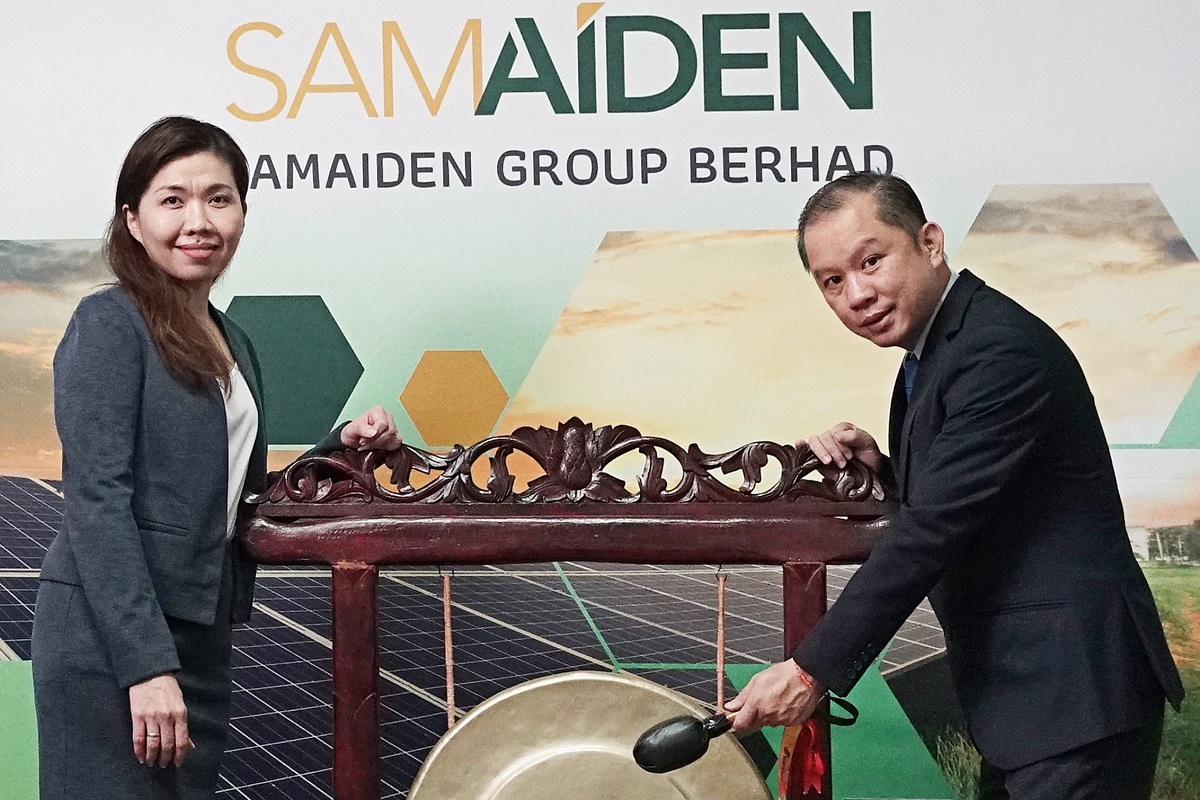 KUALA LUMPUR (Oct 15): Solar engineering, procurement, construction and commissioning (EPCC) service provider Samaiden Group Bhd made a strong debut on the ACE Market of Bursa Malaysia today, with its share price rising as much as 64 sen or 133% to RM1.12, from its initial public offering price of 48 sen.

The counter, which opened 52 sen or 108% higher at RM1, was the top gainer on Bursa amid muted market sentiment.

The stock, which saw 91.11 million shares change hands, was also the third most actively traded stock in the morning.

“The success of our listing today will spur us to continue to work diligently and pursue our growth, elevating Samaiden to the next level of possibilities that we can achieve for our business. “Our business expansion plans in the pipeline will continue to augment Samaiden to its full potential with its multiple avenues of growth prospects,” she said.

The company, which is principally involved in EPCC of solar photovoltaic (PV) systems and power plants, has raised RM29.3 million from its IPO. Among the funds raised, RM7 million will be utilised to purchase a new corporate office, followed by RM2.5 million for business expansion and marketing activities, RM16.6 million for capital expenditure and working capital as well as RM3.2 million for listing expenses.

The market has shown strong demand for Samaiden shares. Of the public issue of 61.155 million new shares, 10.5 million were made available for the Malaysian public, which were oversubscribed by 56.52 times.

Moving into FY22 and FY23, RHB expects Samaiden's earnings growth at 16.2% to 8.7%, driven by higher job wins from solar PV systems and the LSS project.